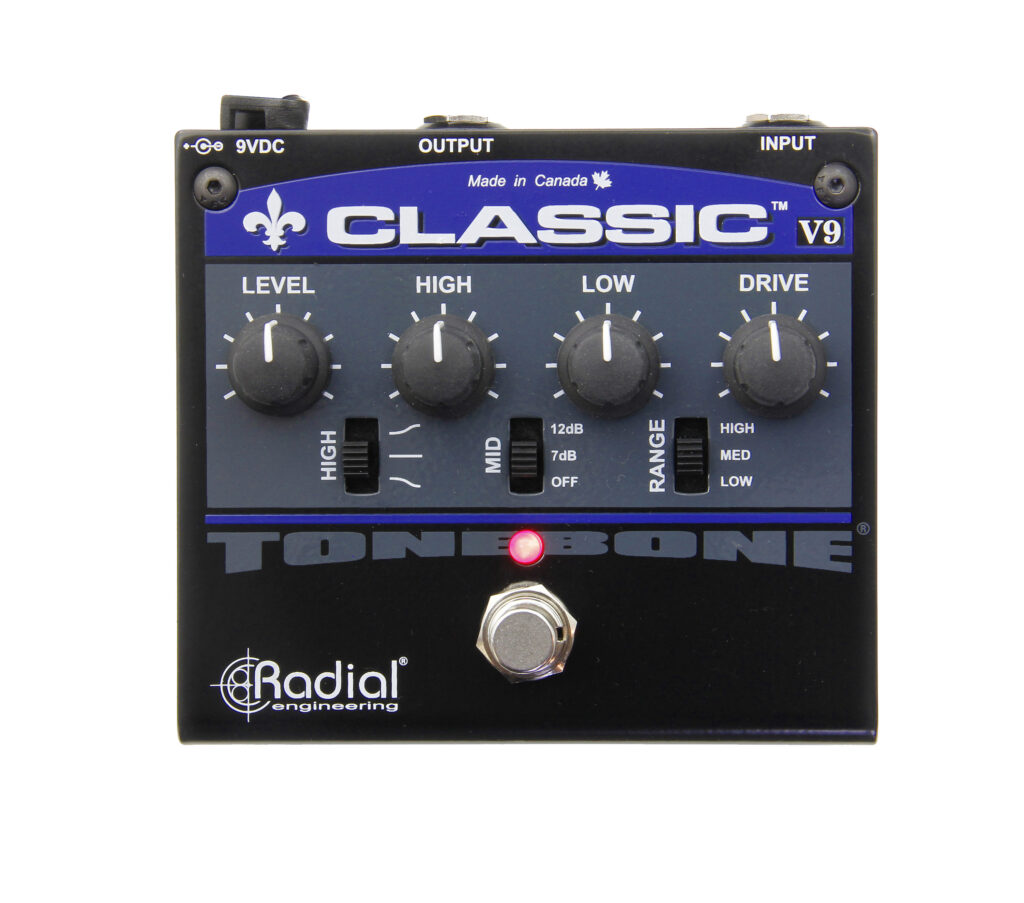 Neither of these two set-out to deliver head banging levels of gain, but they both deliver very good, and very dynamic, boost/overdrive.

Not designed for high gain
Mains only

Radial Engineering's Tonebone FX have been turning a lot of heads this year as the brand starts to give some of the long established 'big brands' a run for their money. Lewis Turner checks out two of the Canadian manufacturer's distortion pedals.

In this review, I am looking at what are essentially two distortion pedals from Tonebone, made by Radial Engineering. Radial was established in 1991 and originally developed a range of cable products, since when it has grown considerably. Today, Radial produces a wide range of products under several different names, 'Tonebone' being the one that concentrates on guitar and bass pedals. They've been meeting with considerable success too, and have notched up some worthy endorsers such as Eric Johnson and Steve Lukather, both of whom I understand are pretty fussy on the tone front, so these pedals must be packing some good stuff, right? As always please check out the video to see and hear them for yourself.

I've been around long enough to know not to judge gear by its looks but there's no getting away from the fact that first impressions do count and, to my taste, these look a bit... well 'classic', perhaps? They are clearly extremely well made, but the presentation doesn't really do it for me. Still, tastes vary and what matters most is how they work. The V9 is designed to be an ultra-responsive overdrive-distortion pedal, with three gain settings and claims to offer the feel and dynamics of a real guitar amp. The controls are simple enough, including three Mid boost options to help your sound cut through in different situations, along with a High Boost. There is a range switch where you can control the level of overdrive/distortion from slight break up – mid crunch – to full on modern distortion.

This is a plug in and play pedal where you don’t have to read pages of programming instructions just to switch the thing on, which we like. Even better, this pedal that really gives a fantastic impression of a broken-up valve amp. The low and mid settings really worked well, offering great dynamics and guitar amp type feel. Playing around with the Mid switch and the volume control on your guitar, you are able to go from slightly broken-up amp tone, to full on raging lead without losing any bottom end tightness or high end cut.

The high gain sound didn’t really float my boat as much, even backing off the drive it was always a bit too gainy and fizzy lacking the smoothness and mid-scoop modern sound that I think it was supposed to be delivering. If that isn't your goal and what you are after is a pedal for thickening up rhythm parts and dirty Blues leads then this is definitely worth trying. It could be especially useful if you own and use a genuine vintage amp that lacks grit.

Not for metal heads
Mains only

I see this pedal as the bigger brother to the V9. The Regency has been designed specifically to pre-emphasise the gain stage of today's high gain amps, Radial says. It features two circuits that can be used independently or combined. Like the V9, it's simple and straightforward to use which, as I said in my earlier review, is something we like. The Pre Drive side is a pre-distortion overdrive that adds grit to your sound. It had similar tonal qualities to the low crunch settings on the V9 but with a little more punch. In fact, turning up the gain control on this side you can actually end up with some pretty high gain sounds, as, like the V9, the clarity of the low gain setting was spot on.

The Booster side of the pedal is a 'super hot' class A power booster giving +18DB of real gain. Now when I read the 'super hot' part I was expecting to stamp on this and be blown against the back wall in riffing heaven. However, it didn’t really do that, if anything the gain stage felt a little less than the boost side. Turn the gain up on the drive side and it starts to deliver more modern dirt and is a definite improvement on the high gain side of the V9 pedal. Quite often on high gain pedals they start to loss bottom end definition, or the highs get lost but I'm happy to report that the Regency had no such problems. Even when cranked it still delivers a harmonically rich tone where you are able to hear each string, it cuts through well and delivers authentic Rock/Metal tones. The 'modern' sound it delivers is an improvement on the V9 but I still wouldn’t describe is as 'Super Hot'. To my ears this is one for players looking for that classic rock/vintage sound, which it does very well indeed.

Neither of these two set-out to deliver head banging levels of gain, but they both deliver very good, and very dynamic, boost/overdrive. Providing you are OK with mains power alone, they are clearly well built and quite different from the run of the mill pedals currently flooding the market. They also come with an excellent three year warranty. Well worthy of a place on your audition list in both cases! 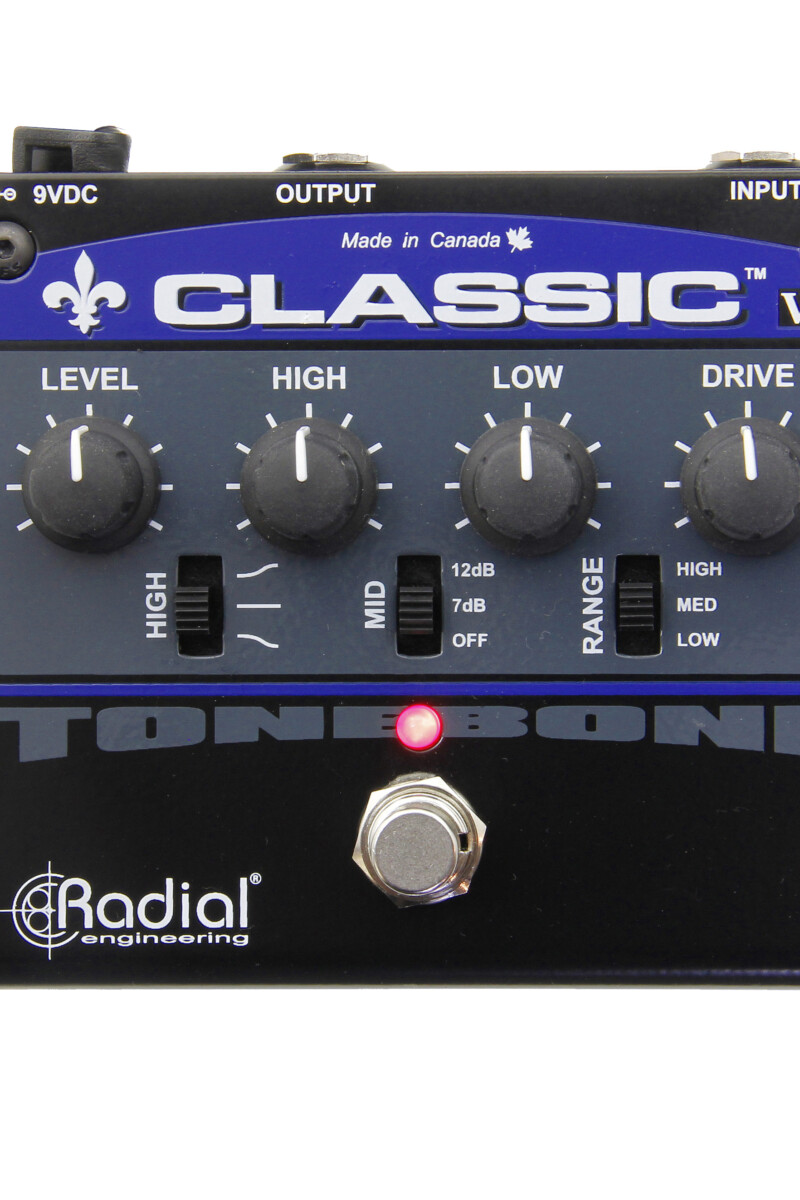 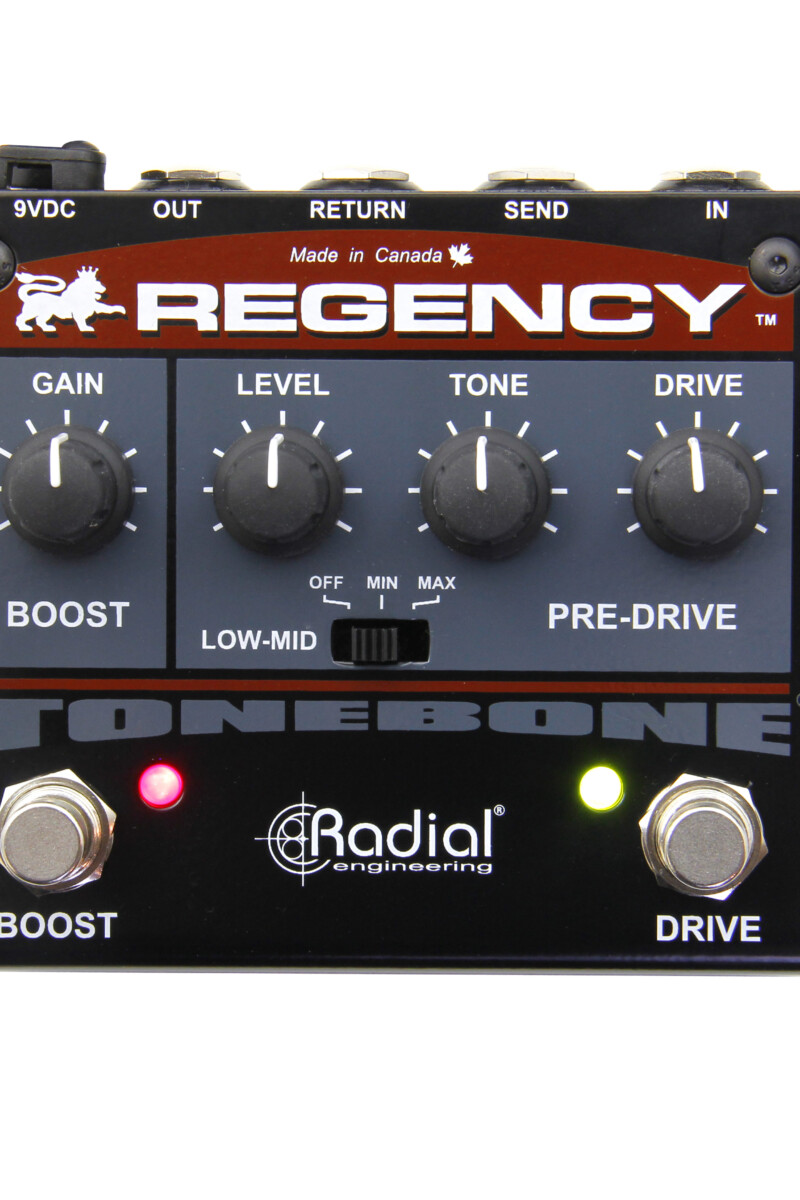