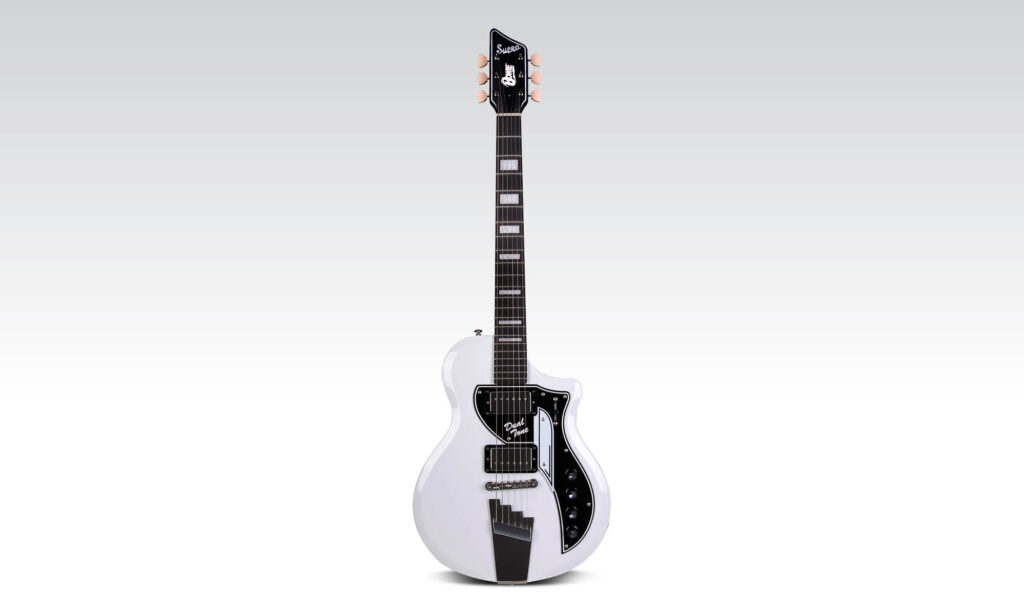 Controls are a little cramped.

Logo may put some players off.

Three and a half years on, the world is still reeling from the passing of David Bowie. A musical and cultural titan, Bowie’s legacy is so far beyond the scope of what I could achieve in the context of a gear review that it would be laughable even to try. Suffice to say that his influence on music and pop culture will likely live on as long as the art from itself.

The David Bowie 1961 Dual Tone guitar was released by Supro in collaboration with the David Bowie Archive as a tribute to Bowie’s life and career. It’s a loving remake of the guitar Bowie played on the “Reality” album, and on his final world tour in 2003-4.

The original guitar’s beautiful art deco stylings can be seen on the cover of Link Wray’s seminal “Rumble!” - a recording so dangerous that it was banned out of concern that it would incite civil unrest! It was both these timeless good looks and rock ’n’ roll pedigree that drew Bowie’s eye, and both are resplendent in this modern reissue.

Unusually for a set-neck, 24.75” scale guitar, the dual tone sports a maple neck and an alder body. It’s a fairly heavy instrument - not back-breakingly so, but there’s definitely some heft to it. It’s a very comfortable feeling guitar, with a well-balanced and ergonomic shape and a neck that’s thick enough to grip with a full hand without being clubby. The pau ferro fretboard sports 22 medium-jumbo frets that are taller than your typical vintage design, and the final five frets sit atop coloured inlays that harken back to Bowie’s own Bigsby-equipped Dual Tone.

The two Supro Vistatone humbuckers are made to vintage correct specifications, and their voice is full and solid, but with plenty of high-end extension like you’d expect to find in a good PAF-type humbucker. The controls are the usual complement of two tones and two volumes but laid out in a line. This looks very cool, but it does make speedy operation a bit of a pain - the knobs are so close together that it’s difficult to get your hand in between them!

The Dual Tone is available in two configurations: a hard-tail, like the one we’re looking at here, or with a Bigsby tremolo. Thankfully, Supro has elected to outfit the Bigsby-equipped models with a tune-o-matic bridge, rather than a wooden bridge like the one Bowie’s own guitar! The solid bridge hardware and the very positive-feeling machine heads keep the guitars tuning stable with an even string-t-string tension - something that can’t be said for a great many vintage instruments! Nestled between said tuning pegs is a mirrored ‘Bowie” logo that will no doubt divide opinion - collectors will love it, but players looking for a reliable vintage-styled instrument might find it a little off-putting.

All in all, the Supro David Bowie 1961 Dual Tone is a great sounding and feeling instrument, and it’s art deco good looks will definitely turn heads. It’s also a fitting tribute to the life and work of one of the greatest musical icons of our time. 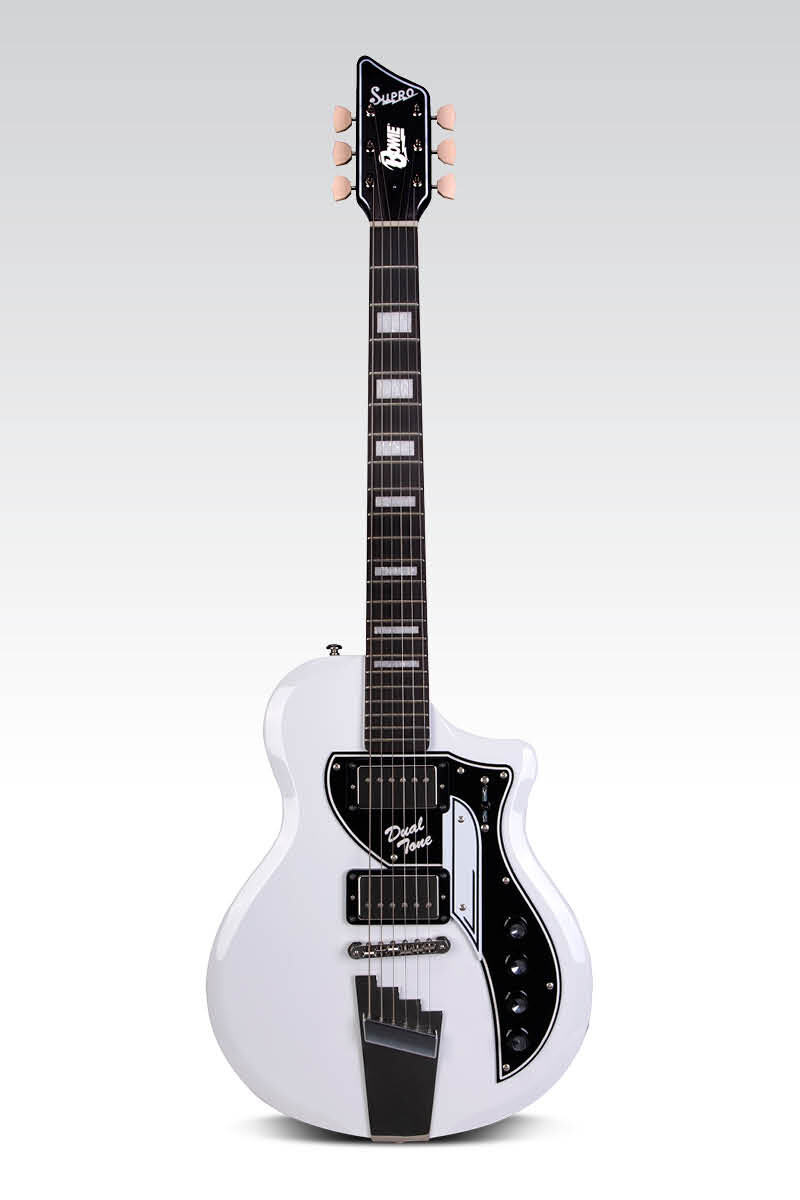 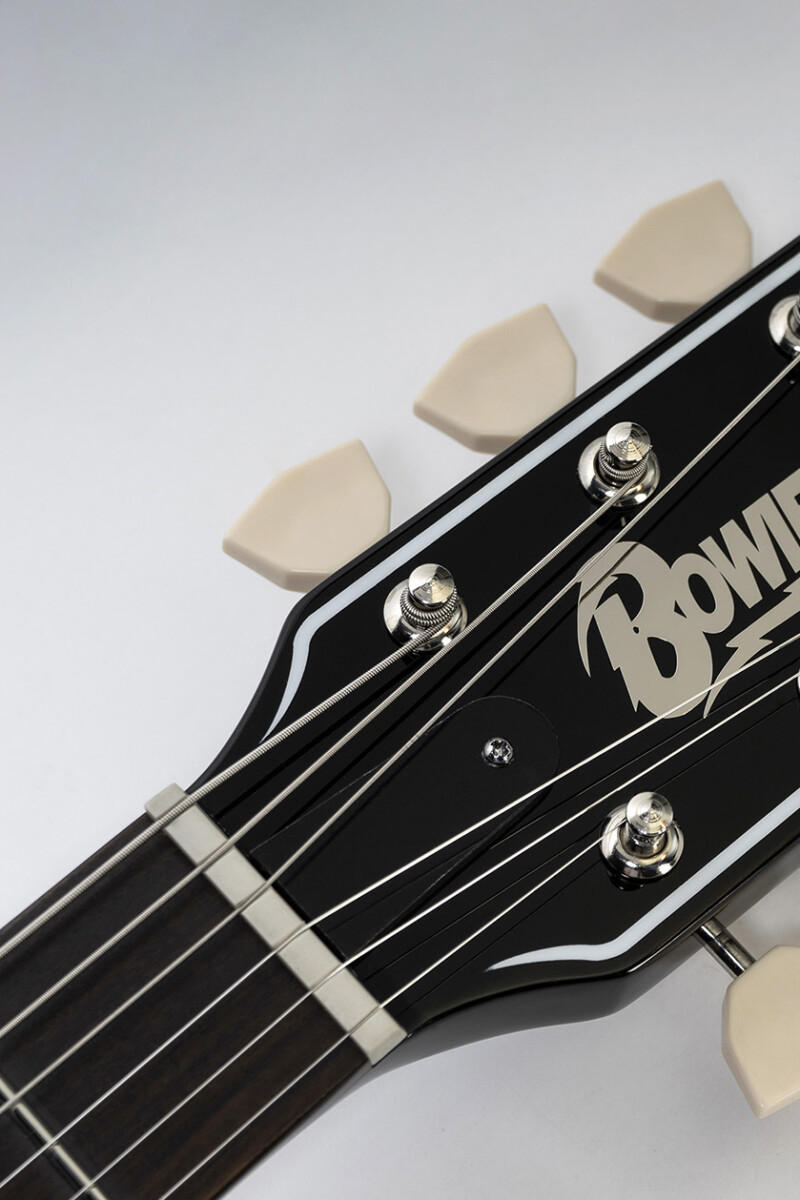 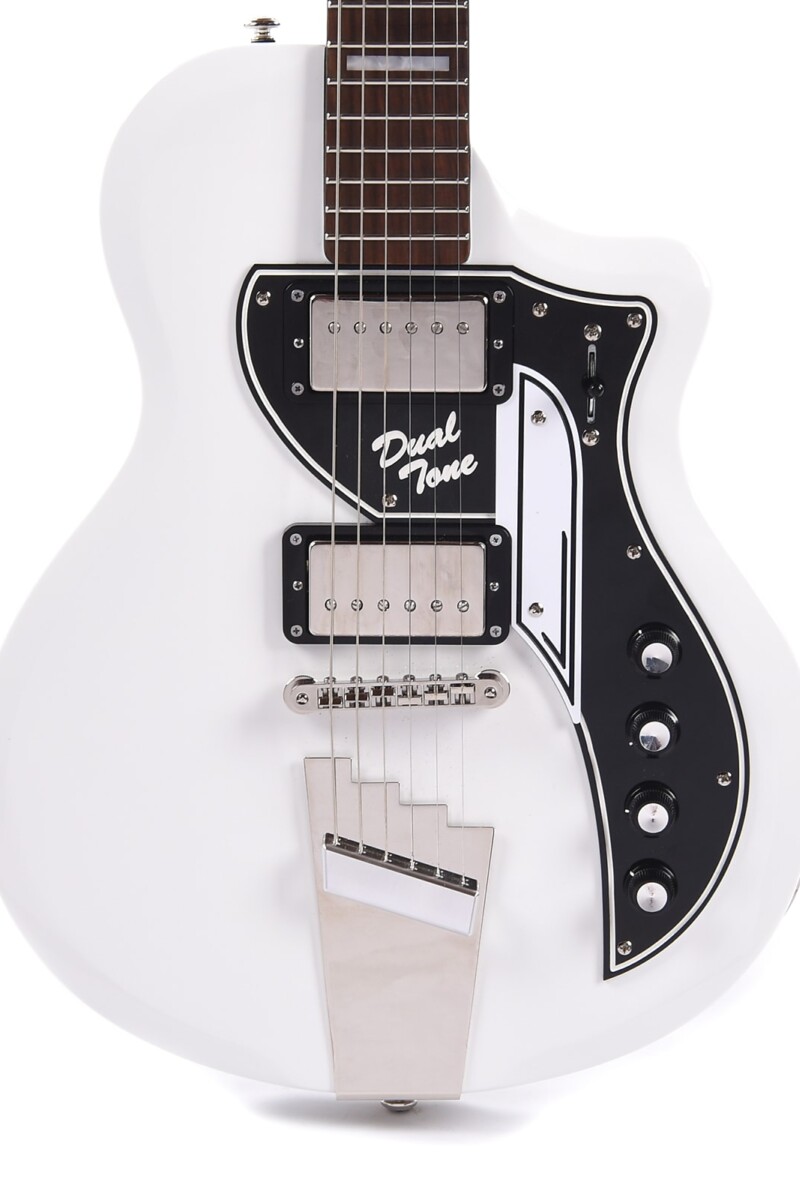 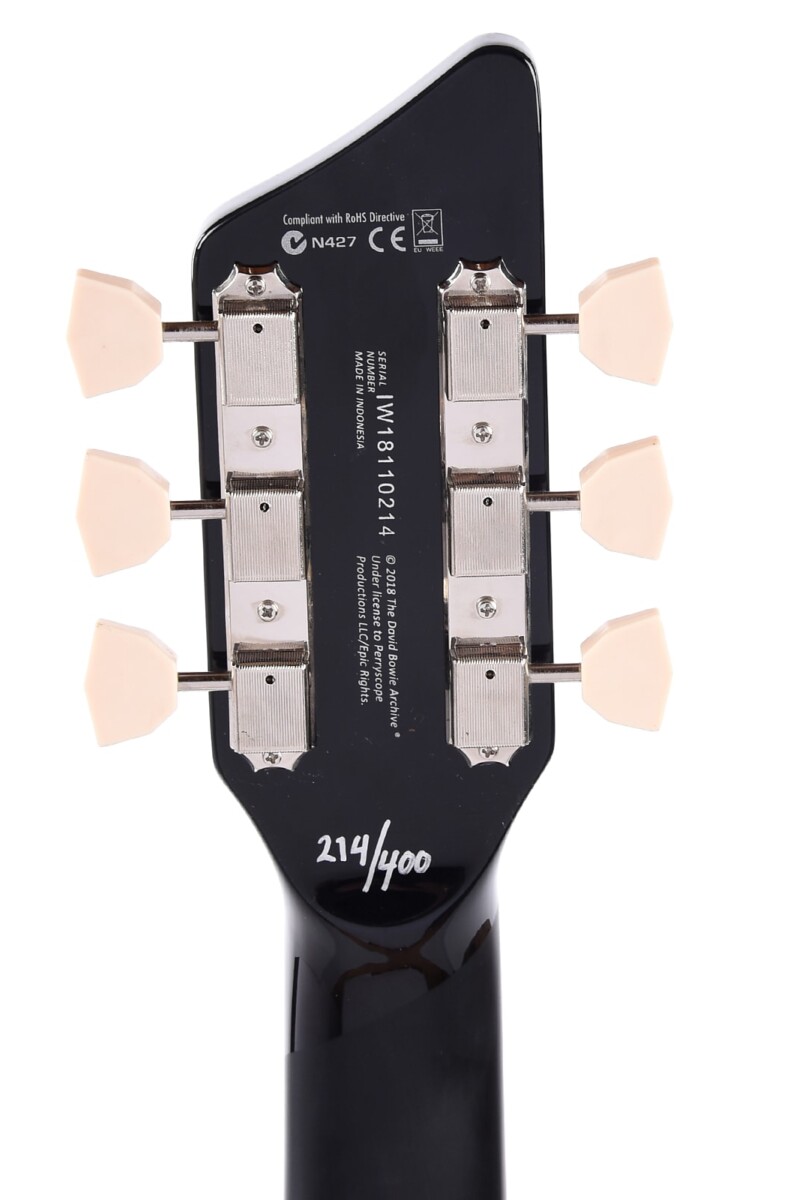 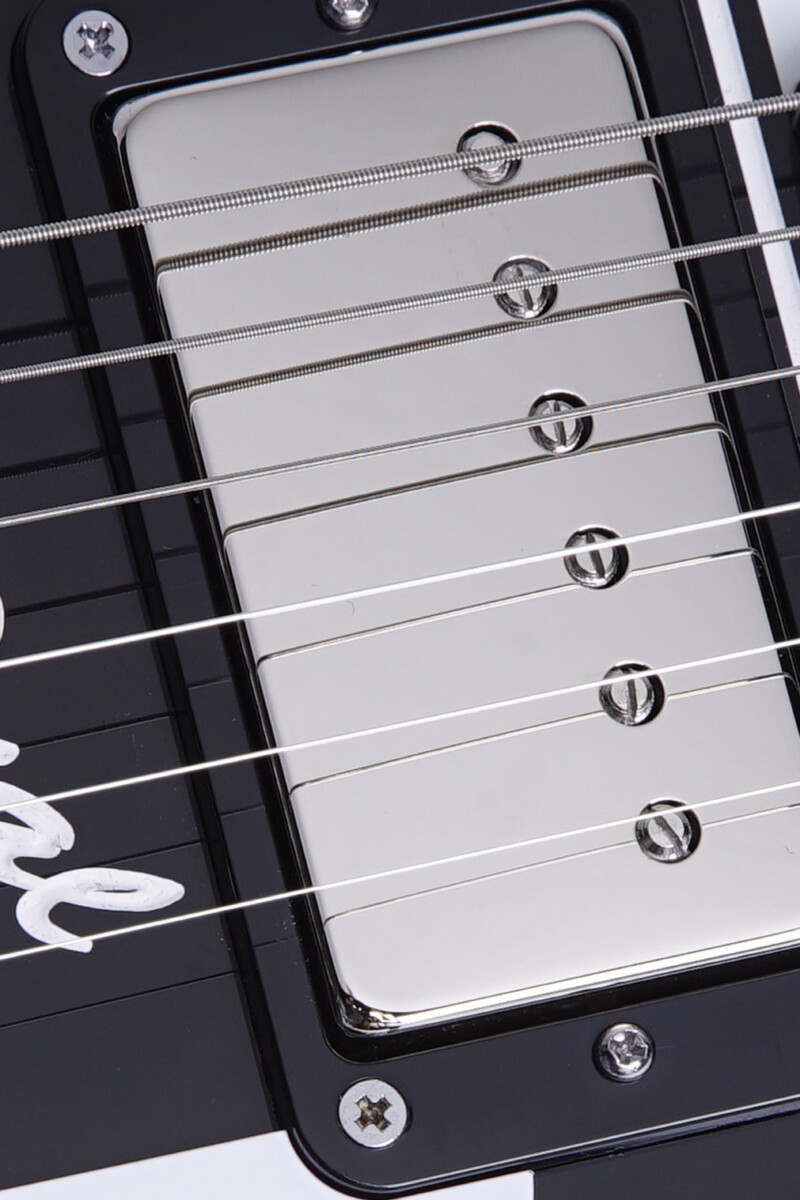