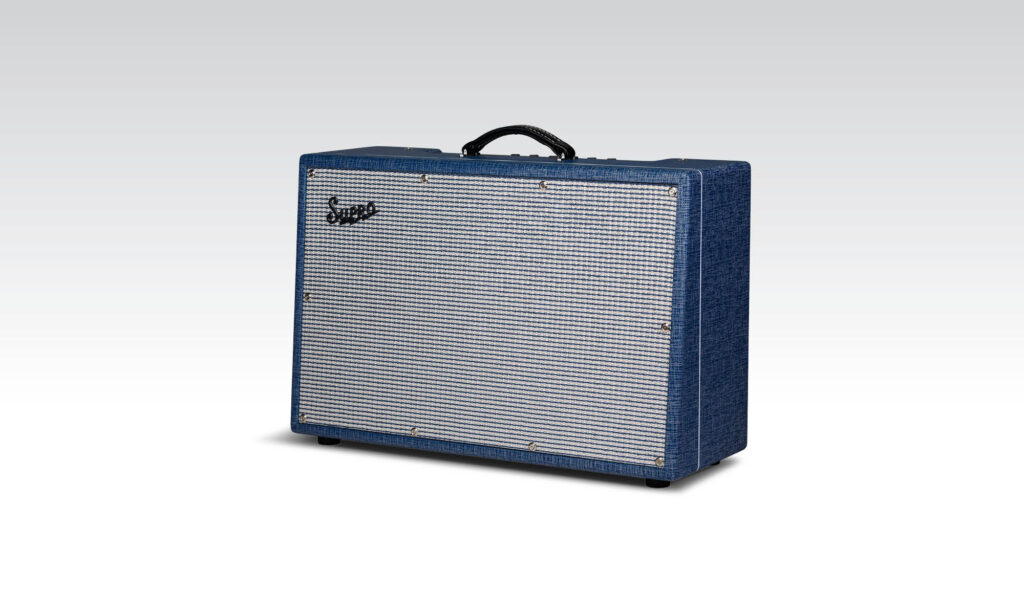 The clean sounds have a punch and cut like a twin, but with a warm bloom in the mid-range much like an AC30 while maintaining its own unique and very desirable character.

Created in response to artist and backline requests for a Supro amp with an added pair of 12” speakers and spring reverb. Sam Bell reviews the beautifully crafted Supro 1685RT Neptune Reverb amplifier.

Supro is a legend reborn. This amp company has been the source of legendary tones used by legendary musicians. Most notably Jimmy Page used a Supro amp on Led Zeppelin’s debut album. However, the company soon stopped producing amps the same year, leaving budding guitarists around the world desperately trying to find ways of capturing and re-living that classic tone. Many other highly notable artists have used Supro and it's well worth checking out the Supro website for more details on this if you are interested. In 2014 Supro came back to life and their amps have been seen and heard on stages in the backline of some of the world’s finest musicians since. They maintain their classic design and approach to the sounds of the legendary amps from years before. Today I had the pleasure of playing and diving into one particular amp that has nothing but taste!

The Neptune Reverb’s 25 watts of class-A tone is a bridging gap between a Fender Twin and a Vox AC30 which are both industry standard amps. The clean sounds have a punch and cut like a twin, but with a warm bloom in the mid-range much like an AC30 while maintaining its own unique and very desirable character. A large part of this amps particular EQ will be due to the amps 2x12 BD12 speakers which were voiced for Supro’s award-winning ‘Black Magic’ amp. The other major factor is the unique valve set it uses, the Supro Neptune Reverb uses 6973 power amp valves, which reportedly were used in Jukeboxes, Supro attribute this particular power amp valve to the Supro brands warm classic tone. The headroom on this amp is massive, meaning you could run all kinds of pedals in front of it without it distorting or flubbing out at gigging volumes, when playing in the lower register and really hitting the strings on the guitar, the amp still maintains crisp clarity and punch in the low-end EQ without getting fuzzy. This is a very important to many musicians looking to have a solid clean base for their pedalboards tone making the amp very versatile for gigging musicians.

The concept behind this amp is very simple, one channel, no FX loop, pure tone. The amp features a simple volume, bass, treble, reverb, and tremolo depth/speed controls. The reverb is an authentic spring reverb which is housed in the base of the amp in a 17’ inch casing where 4 springs reside. The reverb on this amp is luscious, and it has tons of character as you can hopefully hear for yourself in the accompanying video for this review! I go through different stages of the reverb to demonstrate how subtle and how washed out in reverb you can go while maintaining clarity and pure vibe in your tone. This amp’s tremolo is also a wonderful thing, adding classic shimmer to chords and single notes. The tremolo is of course complimented by the 2x12 design of this amp to really get the air around the combo moving in different ways when using the tremolo.

Now to the aesthetics of this amp, the amp is wrapped in a classic blue rhino hide tolex (no rhinos were harmed here, it’s simply the name for the finish!) The classic logo and writing around the amp's controls; all add to the vintage feel and design. The amp is quite a big thing for a 2x12 and not the lightest of amps coming in at 54lbs, but the same can be said for the amps other 2x12 distant cousins (the Twin in particular!!) However some of this may be due to the spring reverb tank and the 2x12 design. This amp makes no sacrifices and most definitely is designed for the road, for gigging and translating pleasing tone at loud stage volumes and keeping integrity in the recording studio in the same manner. The Neptune is a true players amp, a perfect warmer yet articulate alternative to the Twin, be sure to check one out at a store near you! 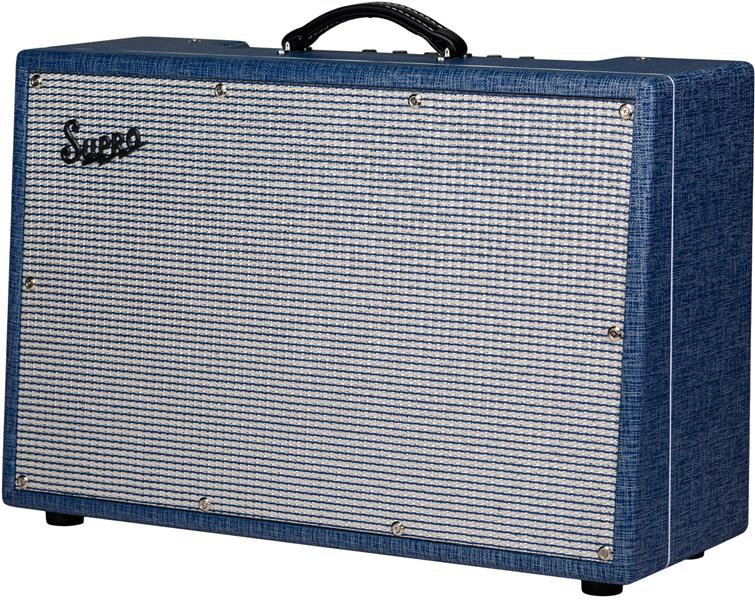 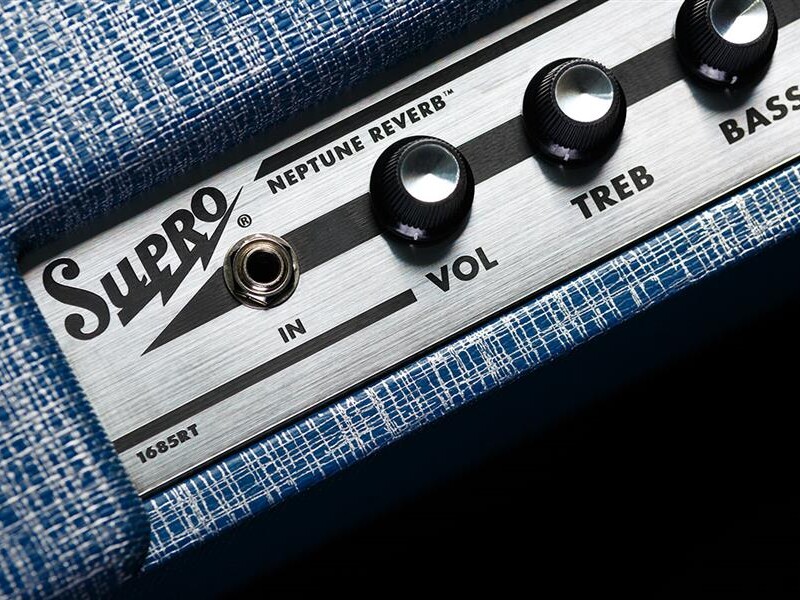 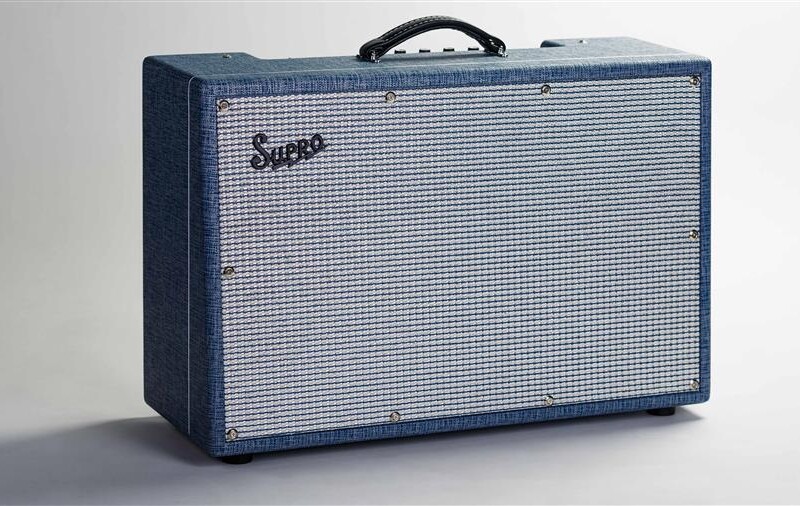