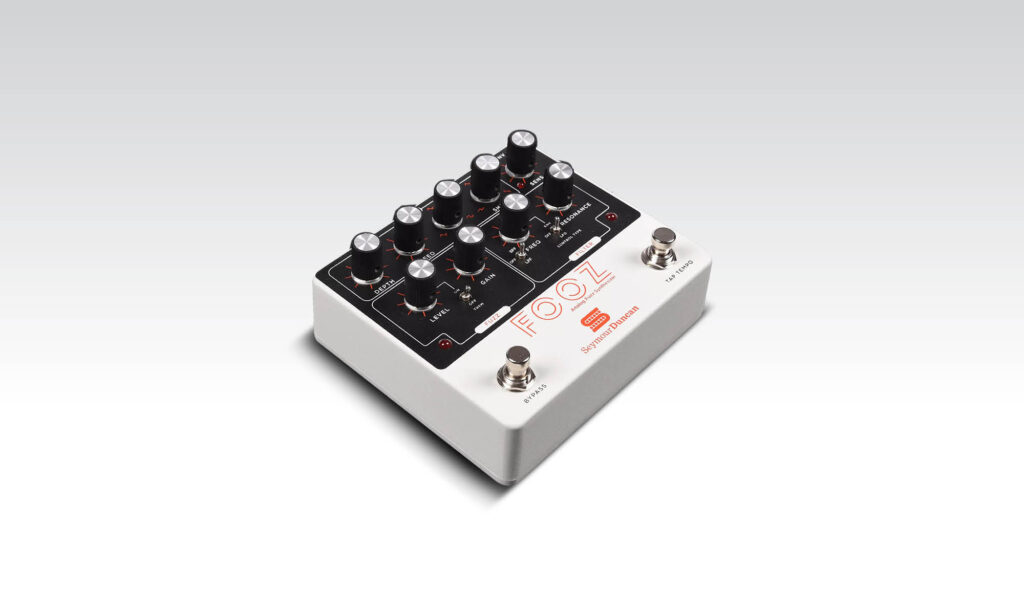 We take a reasonably bland-sounding signal and pump it through fuzzes/wahs/tremolos/octavers etc into distorted amplifiers to make our anaemic little tone into a glorious rock noise.

Awesome tones, somewhere between a guitar and an analogue synth

MIDI would have been welcome.

Inspired by iconic guitar tones and synth flexibility, Seymour Duncan's Fooz brings the spirit of synth creativity to guitar. To accomplish this, the Fooz uses a heavily saturated square-wave fuzz to transform your guitar into an 'oscillator', ready to be sculpted by other 'blocks' - it also makes for a great fuzz tone by itself. Here is Nick Jennison with more information.

There are a whole plethora of pedals that are designed to make your guitar sound like a synth. Most of them use clever pitch-to-MIDI algorithms to trigger samples. It’s similar to the way the majority of modern keyboards work, just with the guitar as the input device. There is another way, however.

Analogue synths are different beasts. They generate a rudimentary waveform (referred to as an oscillator or VCO) and send it through filters and envelope amplifiers to mangle the source into something awesome. In a sense, it’s a lot like the way guitarists work. We take a reasonably bland-sounding signal and pump it through fuzzes/wahs/tremolos/octavers etc into distorted amplifiers to make our anaemic little tone into a glorious rock noise.

The Seymour Duncan Fooz has one foot in each world. It’s an analogue fuzz pedal that feeds into the back end of an analogue synth - in essence, turning your guitar into the VCO. It’s a very cool concept. The fuzz itself is more “Fuzz Factory” than “Fuzz Face”. It’s gloriously violent, with rich harmonics and enormous amounts of square-wave saturation. Turn it up and the guitar becomes almost unrecognisable - perfect for manipulating with the onboard filters.

The filter itself has a low pass (think high cut) and band pass (think wah) modes, with controls for frequency cutoff and resonance. Take the resonance control to its maximum for whistling overtones and howling frequency spikes. The filter can be static, or you can set it to be modulated by either the LFO or the envelope follower for rhythmic or touch wah type effects, and you can even use the tap tempo to set the rate. There’s also a trem mode, which uses the LFO to modulate the volume, but unlike conventional tremolos you can take advantage of the various wave shapes in the LFO section to create some very cool rhythmic effects.

As if that wasn’t enough to be playing with, there’s a plethora of dip switches around the back of the pedal that controls a number of functions, from selecting which parameters the expression pedal jack addresses to inverting the envelope follower. For the creative guitarist, the tone tailoring possibilities are very deep indeed.

Whether you’re into analogue synths or just looking for some interesting new tones, the Fooz is a very cool sounding pedal that’s capable of a huge range of sounds. 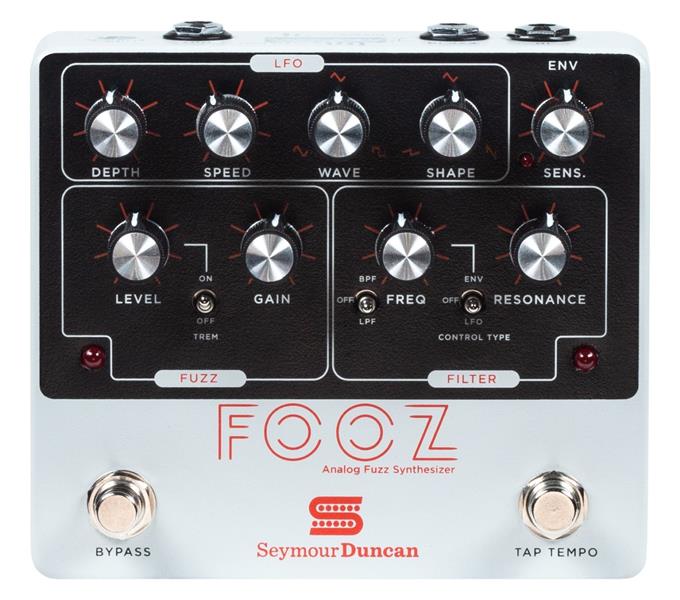 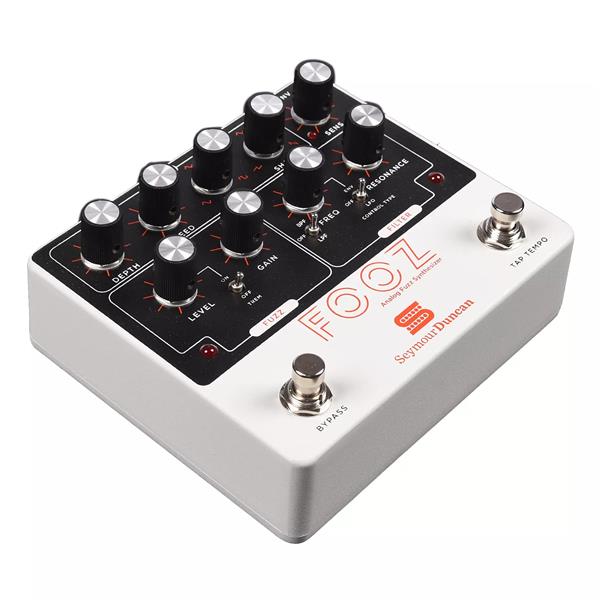 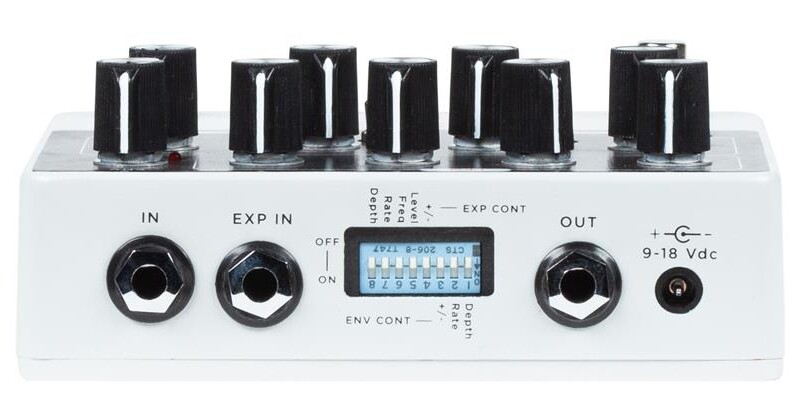