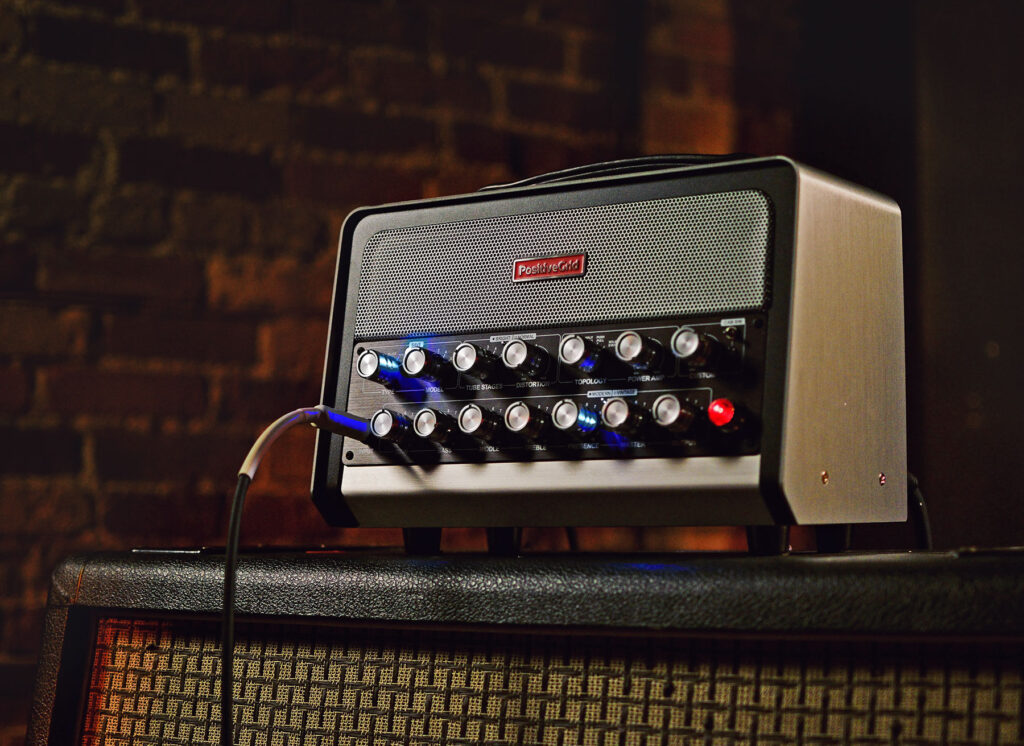 Positive Grid has made quite a name for itself over the last few years thanks to its high- quality software amp modelling and effects.

Superb build quality and styling
Included Bias Amp Pro software for Mac, PC and iOS
Great selection of ins and outs
Insane amount of parameters to tweak in software
Head is easy to use
Great sounds can be found with some tweaking
Good value for money
Tonecloud

It's not often that a software maker tries its hand at hardware - in fact it's usually the other way around. But then Positive Grid has always been a very different company. Tom Quayle checks out the amp so many are talking about and finds out how it stacks up against the competition.

Positive Grid has made quite a name for itself over the last few years thanks to its high- quality software amp modelling and effects. Thanks to some shrewd marketing and some great tones, Bias Amp has become a staple part of many guitarists' recording set-ups, allowing them to create their own, custom designed software amplifier with incredible depth and tweaking potential.  Using this technology live is another matter altogether though, and only the most daring (or foolhardy) guitarist would trust their laptop on a gig in place of their beloved tube amps!

Enter the Bias Head – a hardware unit designed as a standalone 600 Watt solid-state amplifier, utilising all the modelling technology from Positive Grid’s Bias Amp software in a compact and fully gig-able format. The head can be used on its own with up to 25 onboard presets and basic pre/power amp editing capabilities, or can be combined with the Bias Amp software via a USB or Bluetooth connection (on a PC, Mac or iOS device) for an insane amount of flexibility and tone customisation and limitless presets.

The unit takes a lot of design cues from companies such as Apple and Apogee with a sleek, all-metal construction, premium leather-look handle and brushed finishes everywhere. It looks superb, with just a little bit of a retro sci-fi vibe, giving it a very distinctive appearance. The head is smaller than the average amp and can look a little lost on a large cab, but build quality is exceptional and it should withstand the vibrations of sitting atop a 4x12 cab with no issues at all. From the packaging and presentation to the feel of the controls, this is a high-end product that justifies its price tag for sure.

The front of the Bias Head offers two rows of controls. The lower row functions as your standard gain, three band EQ, presence, master and output dials. You can also select between a vintage or modern tone stack via the include toggle switch. Where the real fun begins is on the top row, divided into four sections controlling preset selection and saving, pre-amp and power amp tweaking and a custom control that can be mapped to various parameters via the included Bias Amp Pro software (the head ships with a full licence for the software). Positive Grid has divided the 25 on board presets into five ‘Type’ categories – Clean, Glassy, Blues, Crunch and Metal – with each containing five presets, selected by the Model dial. You can use their naming scheme if you want, but a preset can be saved into any of the 25 locations, so you don’t need to save all of your clean sounds in the clean ‘Type’ if you need more than five.

The Pre-amp section allows the user to select the number of pre-amp 'tubes' and the amount of pre-amp distortion required. You also get a bright and normal switch. The power section gives you various ‘Topology’ types to choose from such as single ended, push/pull and solid state and allows you to dial in the amount of power 'tube' (remember, there are no real tubes inside) distortion/saturation you require, too. The controls all have a pretty dramatic effect on the sound and feel of the amp, so even users unfamiliar with pre and power amp sections should be able to tweak with relative ease.

If you desire even deeper tweak-ability, the software allows you to get insanely in-depth, altering tube types, compression, feedback, sag, tone stacks and much, much more, with all parameters saved to a given preset within the amp. At the end of the signal chain you can configure from all manner of speaker and mic types, although you need to be in the software interface to change the speaker and mic in question. Speaker simulation can also be switched off entirely from the front panel if you are using a standard guitar cab as opposed to a full range speaker system.

The back panel has all the ins and outs you could require with speaker outs, (600 Watts @ 8 Ohms and 300 Watts @ 16 Ohms) USB, headphone out, XLR balanced and ¼ inch unbalanced outs, effects loop, MIDI in/out/thru, external footswitch in and a Bluetooth connection button for iOS devices.

Plugging in to one of our reference 2x12 cabs, the Bias Head immediately reacts and sounds just like a real tube amp with authoritative tone and response from the clean presets. Everything feels familiar, with no latency or lack of dynamic feel and the tone controls do exactly what you’d expect. This may seem like a strange thing to say, but a lot of people will plug into a unit like this expecting to have the clichéd ‘digital’ lack of feel and response, but it really feels good to play. Without being connected to the computer you have no idea which amp is being modelled by which preset, but connecting via USB gives you access to every parameter in an easy to use interface that allows as much control as the user requires. There are loads of amps to choose from ranging from super clean all the way up to raging metal monsters – or you can completely design your own from scratch.

It's easy to get lost or carried away in the editing process and come up with some pretty horrible sounds, but with some tweaking and careful management of setting you can devise some truly awesome tones that rival most other high end modelling systems on the market. Being able to log in to Positive Grid’s ‘Tonecloud’ and download thousands of other players' presets, including those of some very famous guitar players, is a huge bonus and will make the job of finding great tones much easier for those less accustomed to endless tweaking. The sounds on offer won’t keep Fractal Audio or Kemper up worrying at night, but they are very good indeed, with the Bias Head costing less than both of those units and including that 600 Watt power amp in with the package. One thing to bear in mind is that both of those other units come with high quality effects built in – a huge plus for them, whereas the Bias Head is a dry amp with an effects loop and no effects built in at all – not even reverb.

A huge bonus though, is the built in ‘Amp Match’ feature that allows you to ‘sample’ your existing rig through a mic and match it with the Bias Amp Pro software as a preset on the Bias Head. This works differently to the Kemper Profiling amp for example, using more of a match EQ approach, but can be very successful if you select a model that is similar to your rig and mic the amp up well. For the most accurate amp matching, the Kemper is more powerful, but this is a nice addition to the Bias Head and works well for the most part.

The fact that you can store these sounds in a gig ready package that can be transported easily and used with real cabs or direct is fantastic and having the included software is a complete tweaker’s paradise. Positive Grid certainly has a great product on its hands here with a ton of superb tones on offer and easy usability. It’s pretty good value for money too, with excellent internal components, build quality and a good, loud power amp to boot. Choosing between this, the Kemper or the new Fractal AX8 is a tricky choice, however. All three have a lot going for them, but the Bias Head is the only one with a built-in power amp at this price - if you can live without the effects, better amp matching of the Kemper and possibly more accurate built-in amp modelling/cab-sims and floor controller of the AX8. The Bias Head has a huge amount going for it though and, if you’re in the market for a modelling amp, or a highly versatile amp that can be used just as well in the studio as live, the Bias Head would be very well worth checking out. 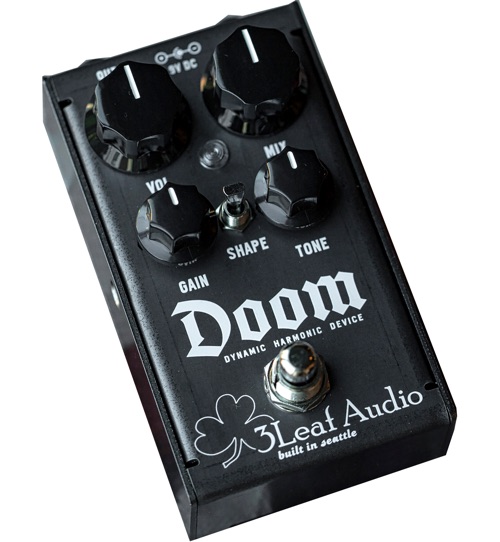