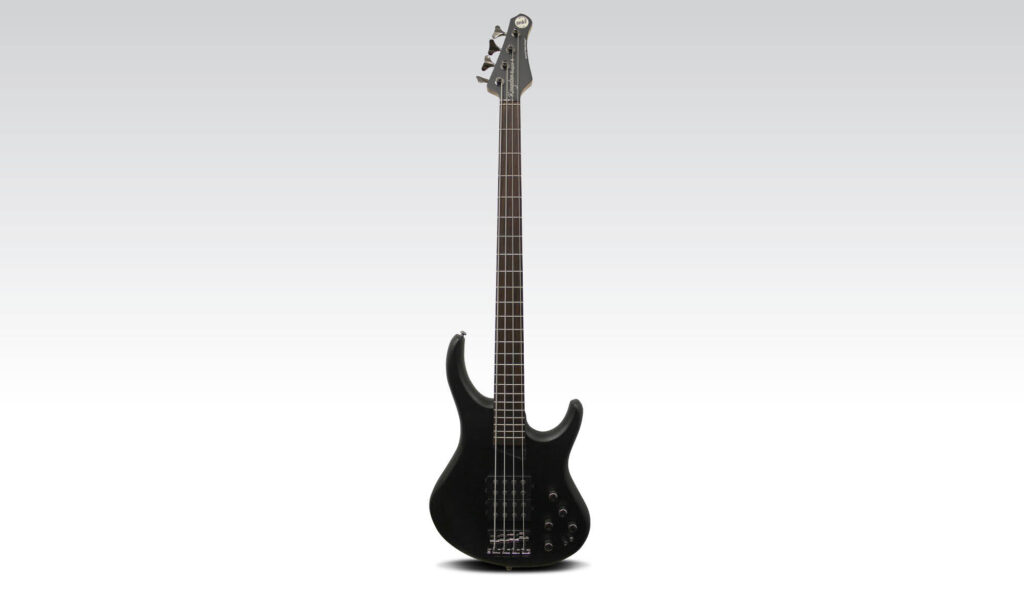 The Super 4 is a 24 fret Maple necked bass with the choice of either Maple fretboard or Rosewood. The scale length for the bass is 34” and while on the subject, the MTD Kingston basses feature the Buzz Feiten Tuning System (BFTS).

MTD for the budget conscious

MTD suggest you’ll need an equipped tuner to make use of the BFTS.

With skillfully carved bodies, premium finishes and a versatile electronics package. The MTD Kingston Super 4 looks to be a powerful combination of beauty and brawn. How powerful you ask? Here's Dan Veall with the answer.

Michael Tobias should hopefully not need a great deal of introducing. He started creating instruments in 1974.  He is the man behind Tobias Guitars, of which pretty much the whole range of original basses are sought after today. Story short, here is a man with an incredible career as a luthier: After Tobias Guitars, Michael moved on and started MTD in 1994 - And MTD, I suppose could be considered having a small production output, currently making ten fine custom instruments a month. Closer attention to detail and more time to spend on those mouth-watering premium boutique builds. For those who are looking for something a bit more off-the-hook but still access to certain custom options, MTD makes the ‘Kingston’ range too.  These are instruments that are made to MTD specifications in a ‘carefully vetted manufacturing facility’. This I believe has allowed MTD to have a wide range of instruments on offer for all tastes while also being able to deal with both large production volumes and cost control.

Bass Direct have very kindly loaned us one such instrument to pour over, the MTD Kingston Super 4. It’s important to me that we feature a wide range of different instruments rather than ‘the big three’ as it were; I welcomed this one on to my lap, of course knowing the Michael Tobias pedigree was involved, so many good things were to follow.

We have here the Kingston Super 4 in the satin black finish. It's a light example at a snip under 4Kg and given its 4-in-a-row snout it sits on my knee without wanting to nose dive. This will be of course in part due to the small enclosed tuning keys, but of course, a well-designed body shape too. There are two Kingston Super 4 models advertised on the official MTD Kingston website, both with a carved Ash body. I understand the “Dr Brown’s Burst” finish is over a  flamed maple top, whereas elsewhere I am seeing the ‘figured maple’ description instead. So at the time of writing, I am going to guess that this model is just a solid Ash body. That’s good, I like Ash as a body wood!

The Super 4 is a 24 fret Maple necked bass with the choice of either Maple fretboard or Rosewood. The scale length for the bass is 34” and while on the subject, the MTD Kingston basses feature the Buzz Feiten Tuning System (BFTS). Now, due to space, I won’t go in to full details (that you can find over at BuzzFeiten.com), however, in brief this is a method of setting up the instrument that ‘solves tuning and intonation problems’ on fretted instruments. Visually, you will notice no difference I suspect! We do have a zero fret on the bass that I actually prefer in general, but the BFTS is there. Looking at the instrument overall price, it doesn’t really appear that you are having to pay anything for the pleasure either. The neck is skinny and feels fast, though I might drop that action just a smidge for me.

Moving on! Electronics galore here: Expect a broad array of rich bass tones. Two big and chunky ‘MM’ style pickups with lots of output and colour are hooked up to a neck/bridge pan knob and fed to a 3 band EQ system offering boost and cut of your treble, mid and bass frequencies. The master volume and pan I have to admit seemed to be in an odd position. Yes, that’s them next to the bridge! I am so used to having the master volume towards the neck. It’s ok; it takes seconds to get used to. Getting useable tones from the instrument is a breeze and a nice inclusion as a feature, Kingston Super has a pair of three-way switches offering single coil, parallel blended coils and series wiring per pickup. In my video, I provide some examples of tone-setting available. Having both pickups switched to series offers a huge sound with lots of midrange boost that I really liked. However I did enjoy using just a single coil from each pickup blended 50/50 for an open sounding tone, which incidentally still offers a humbucking configuration when blended as such. A little boost on the active EQ and we are treated with a sweet tone.

Rounding up, I love the body shape with its deep sculpting and fretboard access ‘up top’. It’s well balanced, and tonally there’s enough bite there to cut throw any mix but some really nice low-end punch to pump away with the kick drum. 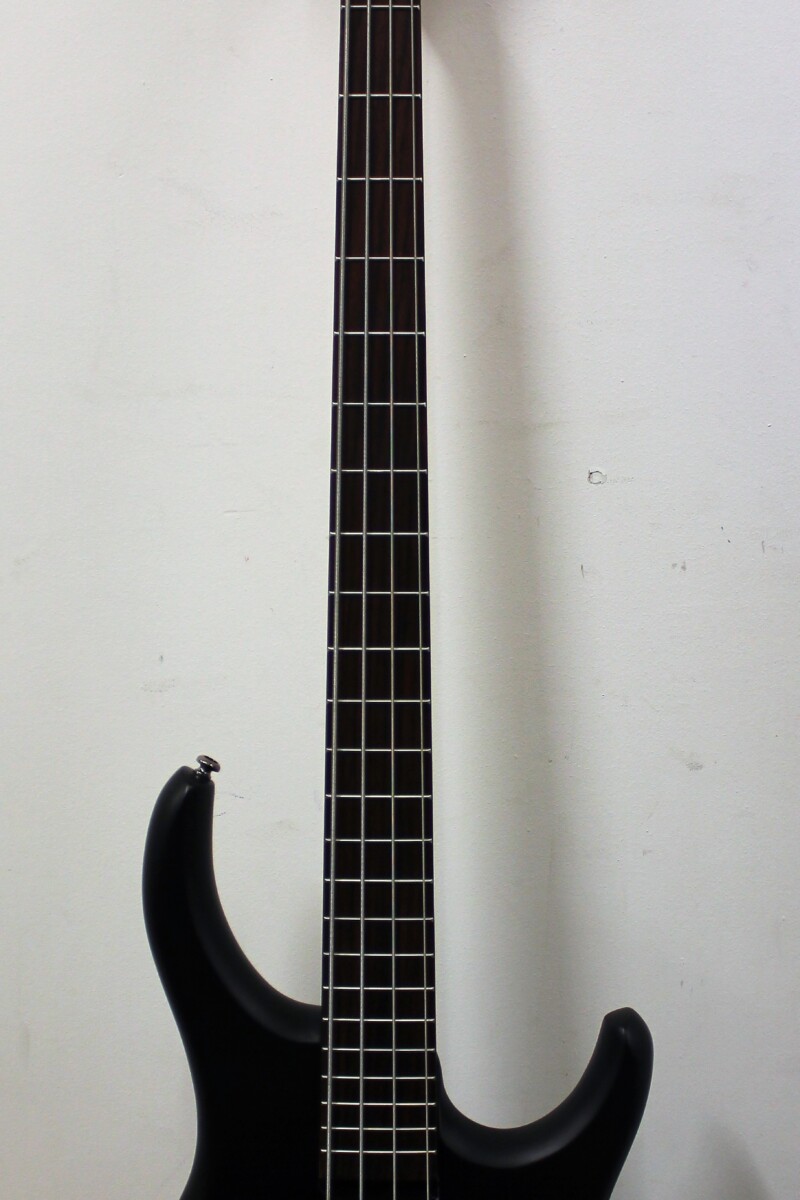 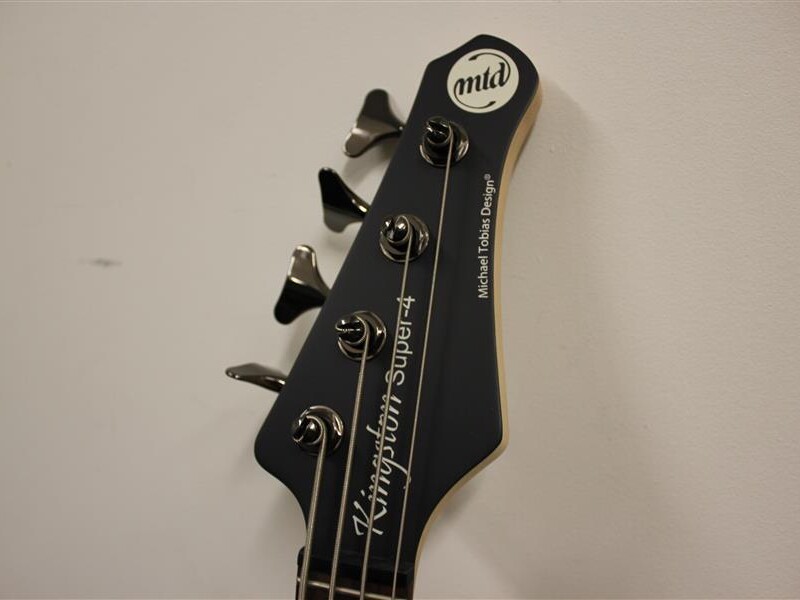 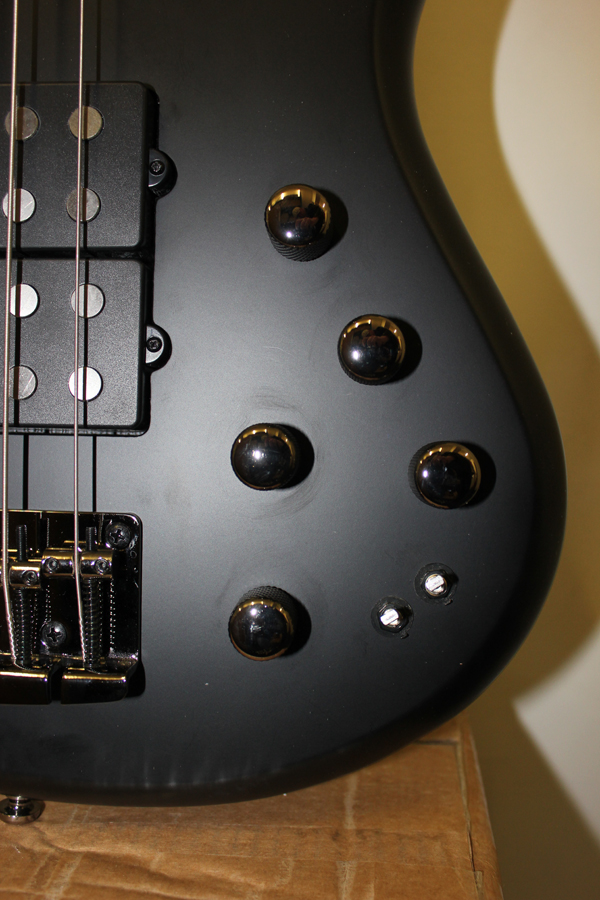 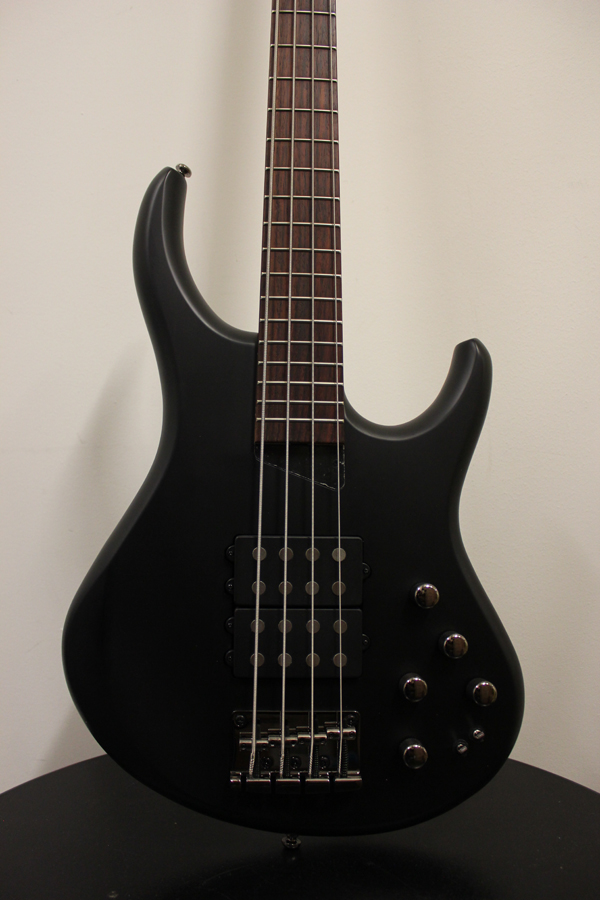