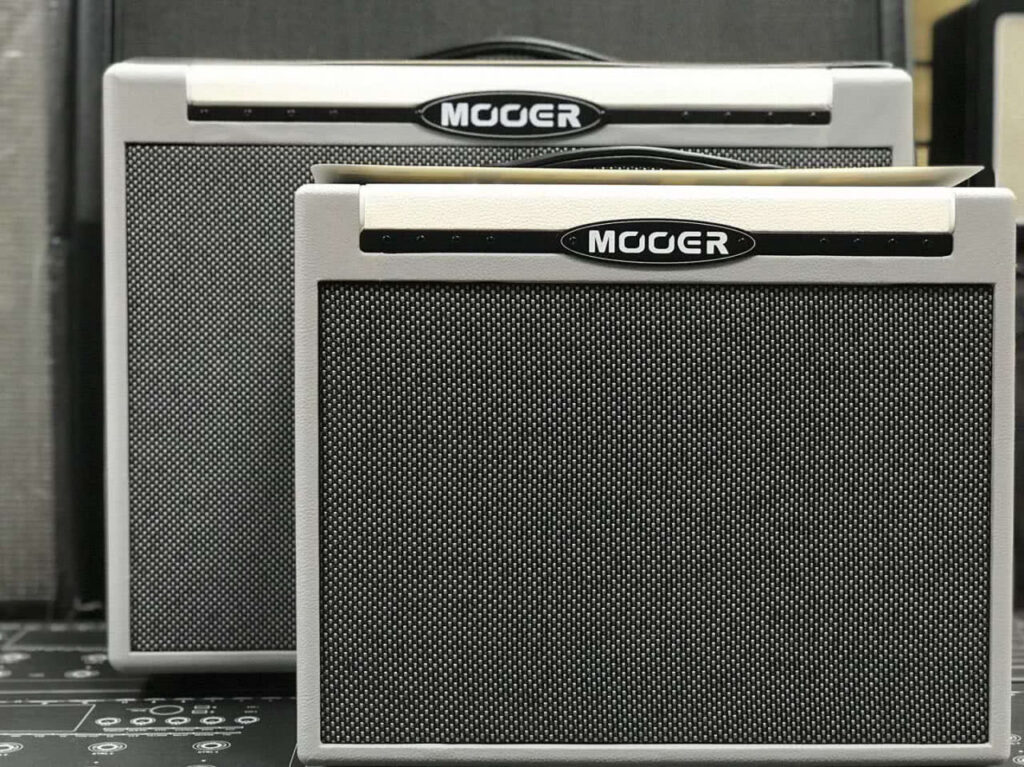 Mooer is back with the brand new SD amplifier series. Utilising its tried and tested technology used in its preamp pedals the amps also feature a range of overdrive and distortion effects, as well as modulation and delay. Nick Jennison reviews the MOOER SD75 & SD30.

Mooer has been making big waves in the notoriously “cliquey” world of modelling. Their compact and killer sounding Micro Preamp pedals have seen many pro guitarists ditch their cumbersome rigs in favour of these pocket-sized powerhouses (I almost spat my coffee out when Richard Shaw from Cradle Of Filth showed me a picture of his “one-pedal, no amp” live rig). Their very impressive Preamp Live and GE series of modellers contain the entire Micro Preamp line in pro-level, feature-packed floor units.

The SD75 and SD30 bundle the same tones - along with a bunch of useful effects and practice tools - into a pair of super affordable combo amplifiers. While the SD75 we’re looking at in this review does have a handful of features that the SD30 doesn’t, the main differences are power and the size of both the enclosure and the on-board speaker: the SD75 is a gig-ready 75w with a full-sized 12” speaker, while the SD30 is a practice-friendly 30w with an 8” speaker. While the speaker size will have an effect on the tone (with the 12” offering more low-end fatness), the amp models and effects sound exactly the same between the two amps.

While tone is what really counts, aesthetics are important, especially in an amp that you’ll use at home. Hulking black 4x12s might look cool on stage, but having one in your front room will really upset your significant other (trust me on this!). These amps buck that trend, with a chic, minimalist white and grey livery, and even the larger SD75 is no larger than a Hot Rod Deluxe.

In terms of features, this amp is absolutely full to the brim: there are 25 preamp models, a slew of reverbs, delays, overdrives and modulation effects, Bluetooth support for the remote footswitch and aux in, drum loops, a USB out… it’s a lot to take in to begin with, even for a seasoned nerd like me, but thankfully it’s all laid out very logically, making editing sounds a breeze.

Sonically, there’s a lot to love. The 25 preamp models offer a huge amount of tonal diversity, ranging from sparkling cleans to raging metal sounds and everything in between, and the built-in effects are of Mooer’s usual stellar quality, especially the reverb and delay effects. There’s not quite as much selection as you’ll find in the GE300, but the quality is every bit as good as on the flagship unit - very impressive when you consider that the SD75 is a little over half the price of the GE300

The built-in practice features are very useful indeed - there’s a fully featured looper, along with a metronome and a library of drum loops to jam along to. Because of the nature of guitar speakers, these loops will sound a little “lo-fi” through the built in speaker, but through the XLR outs they sound crystal clear. There is a slight oversight in that the cab sim on the XLR outs also affects the drum loops, and hopefully this will be fixed in a future software update, but it’s a small niggle in the grand scheme.

All in all, the Mooer SD75 and SD30 are very appealing and feature rich amps with crazy low price tags considering what you’re getting. If you’re looking for a great sounding amp for practicing at home, or (in the case of the SD75) for a solid gigging amplifier without breaking the bank, be sure to check one of these out.