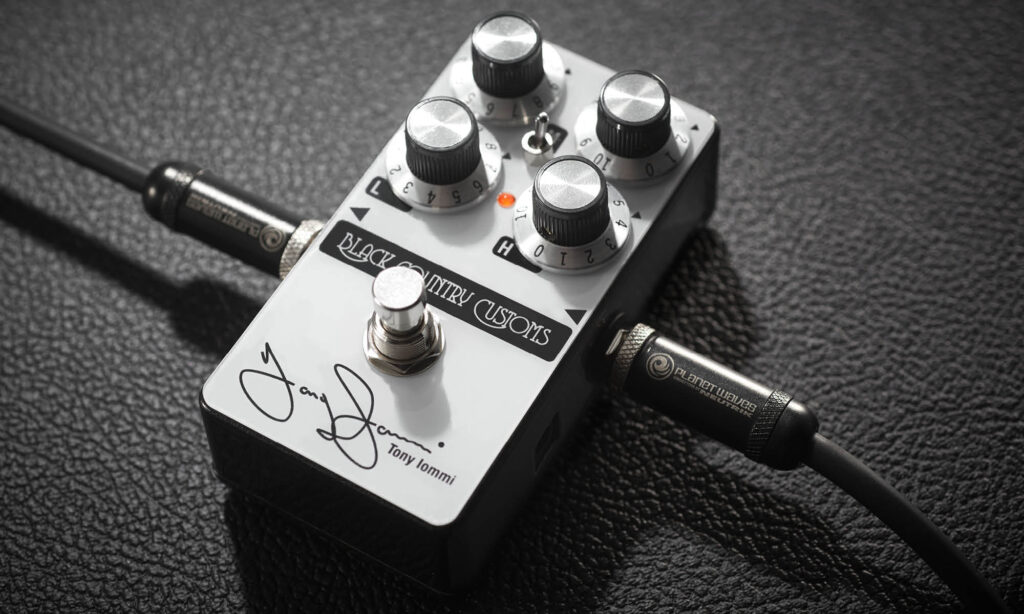 As a tone-shaping tool for rock & metal, it’s difficult to think of better. No wonder then that the godfather of all things heavy chose this little box for Black Sabbath’s The End tour earlier this year.

The allure of adding that signature Tony Iommi crisp edge to your existing overdriven or fuzzed up tones has made the TI-Boost from Laney's Black Country Customs banner, one of the most anticipated new releases of the year so far.  So is it Sabbath in a box? Nick Jennison finds out.

Tony Iommi needs no introduction. The Iron Man has been dropping sonic anvils on the heads of willing metal fans for almost fifty years. He invented heavy metal guitar as we know it with just three notes - and two of them were G! You need to be a special player to carry that off, and you need a pretty special tone too.

So you have the SG (with P90s), you plug into your 1969 Laney LA100BL, and the result is… clean. Punchy certainly, with monstrous sub-bass, but it’s not Sabbath. You, dear guitarist, are facing the same dilemma as anyone who has ever tried to recreate the iconic tones of Brian May and Eric Clapton. Rightly or wrongly, we fetishise the guitars and amps these legendary players used; the Red Special into a wall of AC30s, or a Les Paul into a JTM45. But if you’ve ever tried these legendary combinations, you’ll know that something’s missing. That “something” is the humble treble booster. Specifically the Dallas Arbiter Rangemaster, an unassuming amp-top box with a single knob for more treble.

I know what you’re thinking. “That can’t be right - Tony, Brian, and Eric all sound warm. More treble sounds like a terrible idea”. Well, dear reader, it’s not about how much treble you have but where you put it. Yes, more treble into a clean amp is going to loosen your fillings, but if you wind said amp up until it’s distorting a bit and then hit it with a good treble booster the results are magical. The guitar howls and screams with rich overtones, and every nuance of your playing is suddenly exaggerated. Gone is the sometimes sluggish and boxy feel of an amp operating past its limits - the guitar feels silvery and alive, and begs for you to get expressive.

Created by Laney’s “Black Country Customs”, the TI Boost is everything you could want from a treble booster and more. That’s not just a turn of phrase - it literally has more. There’s a three-band EQ for starters (with mids on a toggle switch), and when compared to straight clones of the venerable Rangemaster there’s more body in the low mids and a “furry” quality that Sabbath fans will find instantly familiar. Given that it’s based on Iommi’s own heavily modified Rangemaster, these differences shouldn’t come as a surprise, but they’re very welcome.

With all this extra control the TI Boost performs reasonably well into a whistle-clean amp, but that’s definitely not its intended use. Get a bit of dirt on the go (either with an amp or an amp-in-a-box style pedal) and start turning knobs and you’ll see where this little box shines. Rather than drastically altering the overall sound of your amp, this pedal completely reshapes the way your guitar responds. Dial out the low end, keep the drive low and dime the treble and everything feels fast, with that signature screaming quality that defines so many great 70s guitar tones. Turn the bass up, and things get really fat. Notes hit the amp like squeezing a golf ball through a hosepipe. Bring the drive up, and the attack softens and thickens with that characteristic Iommi fuzziness.

As a tone-shaping tool for rock & metal, it’s difficult to think of better. No wonder then that the godfather of all things heavy chose this little box for Black Sabbath’s The End tour earlier this year. If you have even a passing interest in heavy guitar sounds (from the 1970s to present day), you should track one of these down while you still can. 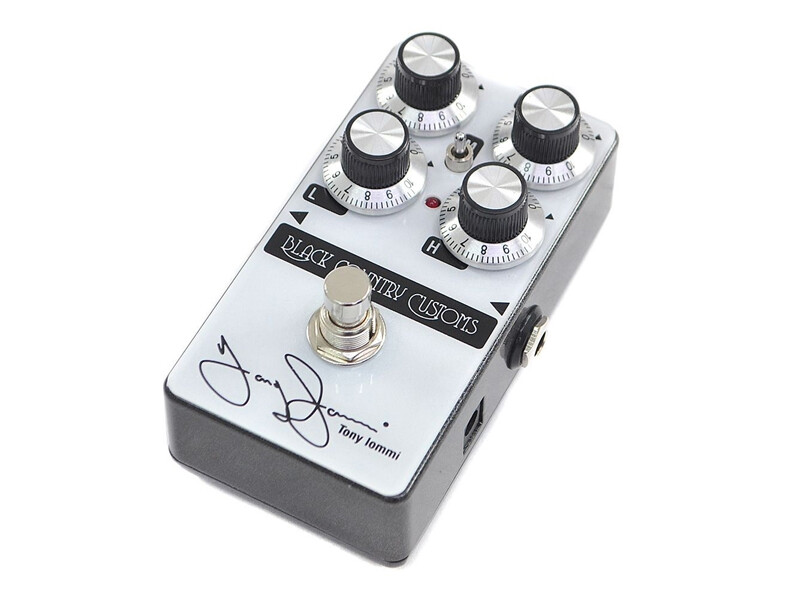