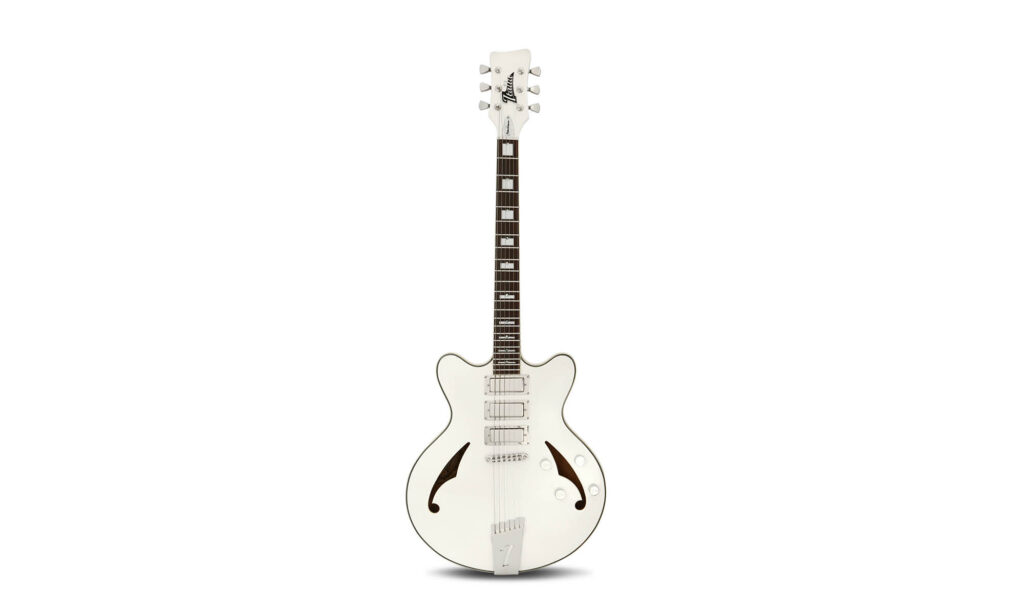 The Italia JF6 is one of those signature guitars that is way more than an idiosyncratic instrument for a single player or only aimed at Jeffrey Foskett fans. This is a guitar that should appeal to quite a wide range of players, even those with no affinity for Foskett, The Beach Boys or Brian Wilson, thanks to its good looks, excellent build quality, playability and versatile tonal abilities.

Jeffrey Foskett has been playing hollow body style six-string guitars for over 40 years and recently asked Italia if they would build him one that was a little different than all of the others out there. Gi asks Tom Quayle to check it out.

Jeffrey Foskett, of Brian Wilson and The Beachboys fame, is best known for his use of hollow body guitars throughout his career. Italia Guitars have previously produced a 12-string signature guitar for Foskett, called the JF12. This model featured some interesting pickup and tonal combinations and a distinctive design language, plus the unusual FosQ enhancement circuit for even more tonal shaping. For 2017, Italia has released the Jeffrey Foskett JF6 model, a six-string variant on the JF12 with a more subtle design and paired-back switching system, but with enough tonal features to still ring true to the JF12’s original ideas and Foskett’s unique sound palette.

The JF6 is a slim bodied, semi-hollow affair constructed using a maple body and top, matched with a set-in Hard Rock Maple neck and 22-fret Rosewood fretboard. The design is far easier on the eye than the very unusual JF12, featuring lovely, subtle and symmetrical curves and a definite art-deco influence throughout. Finished in a beautiful Pearlescent White with black binding around the body and pearl block and dot inlays, the JF6 is a good-looking guitar that isn’t overly adorned with the Foskett mark. In fact, only the truss rod cover sports the great man’s signature, meaning that the JF6 could easily be considered by players who aren’t so interested in the signature aspect of this guitar, but rather it’s good looks and tonal options.

The guitar is kitted out with three Italia IPM mini humbuckers, good quality Italia tuning machines, a Tune-o-Matic bridge with an Italia tailpiece and comes in a deluxe padded gigbag to keep everything safe and sound. There is no traditional pickup selector switch on the JF6. Instead, you get a blend knob that allows you to dial in exactly the combination of neck and bridge pickups that you want, for a huge array of tonal options. This is furthered by a push/pull volume control for the middle pickup that operates independently in its ‘pulled’ mode and slaves to the master volume pot in the ‘pushed’ mode. This allows you to dial in exactly the amount of each pickup you need and gives far more versatility and variety than a traditional three or five-way switch. It takes a little getting used to at first as you may find yourself reaching for a non-existent pickup switch, but after a while, it becomes very natural indeed to dial in just what you need.

Italia span the budget range from very low priced to the four-figure sum and the Foskett JF6 exists at the upper end of the company’s price point. As such, build quality and components are excellent and feel extremely high-end. The fretwork and finishing are superb, with no obvious issues to speak of at all, internally or externally. The neck is painted, and this may put a few people off, but the profile is very friendly and the factory setup excellent with a good, even action across the guitar’s range and no buzzing or dead spots. The chrome hardware is a good choice for the white body, and the controls feel responsive and robust with a nicely musical range, rather than all the control being bunched up at one end of the knobs sweep.

Unplugged, the JF6 has a typically woody sound with that slightly plastically element that a lot of thinner semi-hollow electrics do. The sustain is very good, and the guitar responds well to dynamics with a delightful crispness thanks to the Rosewood fretboard and Maple neck combination. Plugged in the tone is a real surprise with a far more cut and bite than you might expect from this type of guitar and an incredible array of tones under your fingers. The mini-humbuckers are very well voiced indeed with a lot of versatility for both clean and dirty sounds, the neck and bridge pickups being particularly impressive for all manner of styles. The acoustic sustain and dynamic range are well represented, making for a great playing experience that is very much appropriate for the asking price and beyond.

The Italia JF6 is one of those signature guitars that is way more than an idiosyncratic instrument for a single player or only aimed at Jeffrey Foskett fans. This is a guitar that should appeal to quite a wide range of players, even those with no affinity for Foskett, The Beach Boys or Brian Wilson, thanks to its good looks, excellent build quality, playability and versatile tonal abilities. Well worth a look if you want a good quality, but reasonably affordable semi-hollow with a bit more personality and individuality than the standard choices on the market. 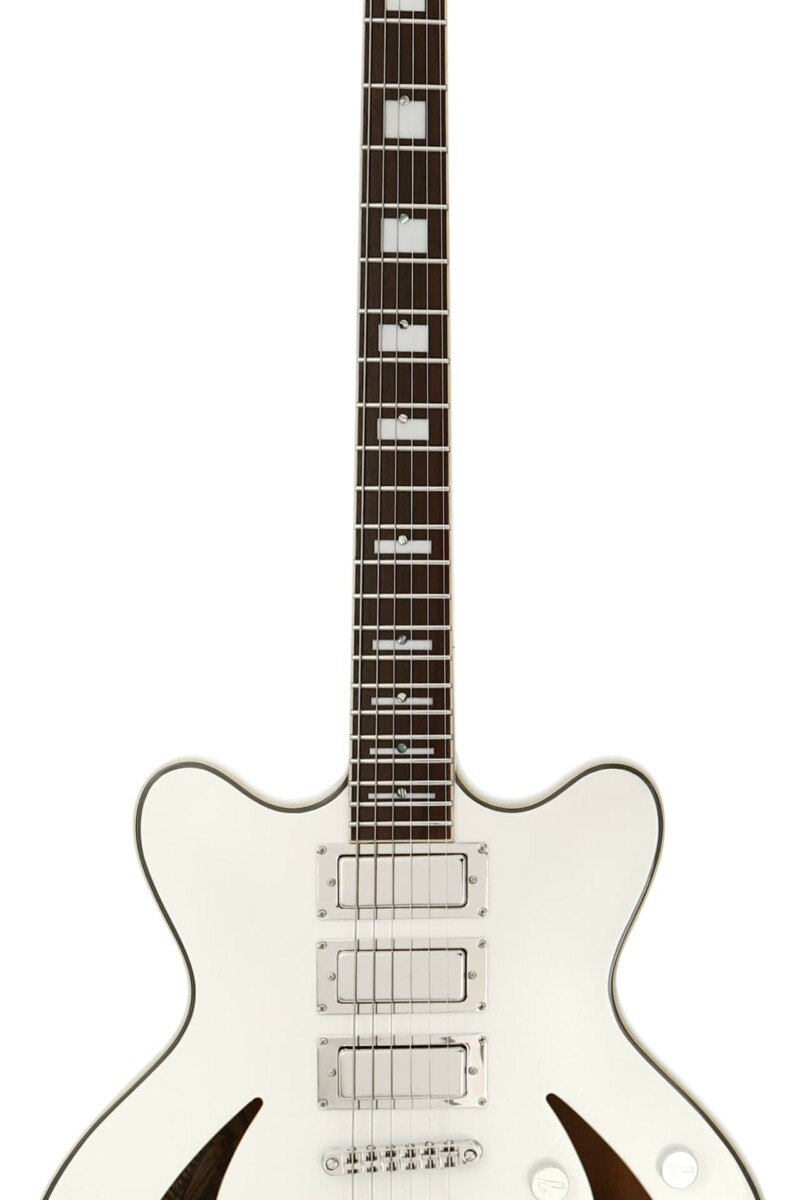