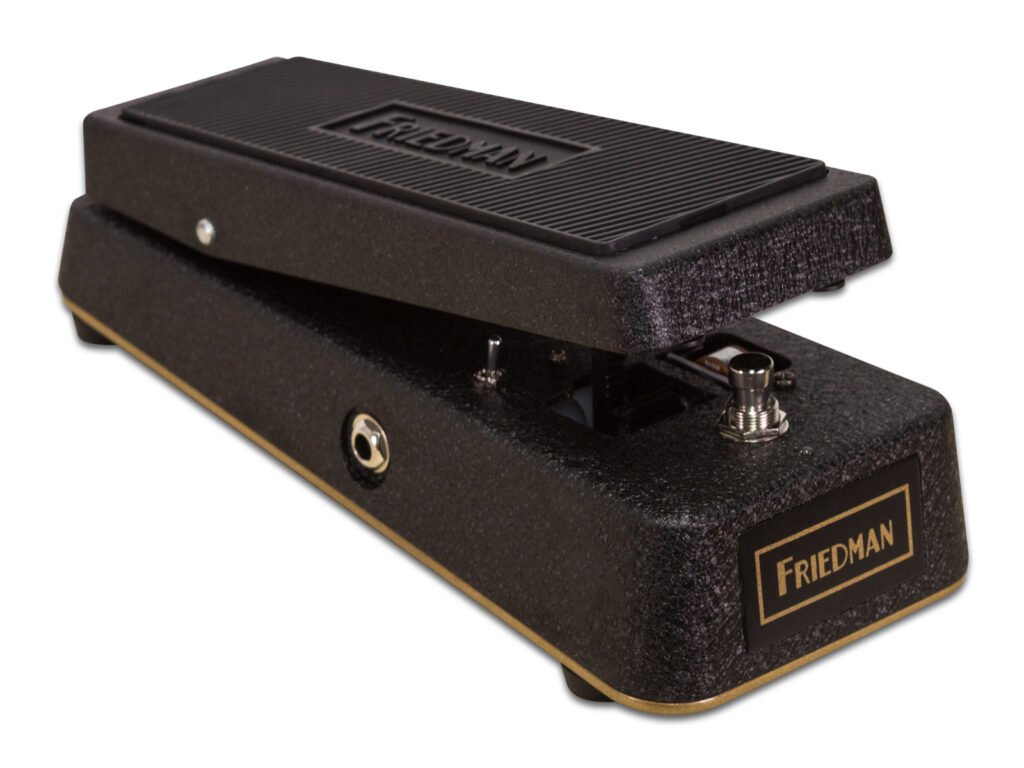 Every guitarist needs a great wah pedal. But just like one's "wah face," each player's wah preferences are equally unique. Dave Friedman knows this as well as anyone, which is why his Gold-72 wah pedal gives you a ton of customization options not usually associated with your average wah. Nick Jennison tells us more.

There's something about a great wah that's hard to beat. While it's easy to laugh these deceptively simple pedals off as one-trick ponies, I'd argue there's no single pedal that connects the player more personally to the sound it makes than a wah, because you're controlling the sound yourself with your foot (well, I assume you're using your foot - unless you're being really experimental!). Besides, nobody ever made a "modulated delay" face…

Friedman's Gold-72 "No More Tears" wah, like the majority of their modded-Marshall-inspired amp designs, harkens back to a golden era in rock guitar where the likes of Eddie Van Halen, Randy Rhoads and George Lynch ruled the roost. Like so many of Dave Friedman's designs, it serves up classic, time-tested tones with modern build quality and reliability.

Build quality, weight and feel are important qualities in any pedal, but in a wah these qualities  are make-or-break. Under the foot, the Gold-72 feels very positive, with an even tension across the sweep and the right amount of weight to keep the pedal planted during more histrionic moments. I'm a pretty large human, so I tend to prefer a stiffer treadle feel, and this was easy to achieve with the tension adjustment screw.

Tonally, the Gold-72 is very much a "classic" sounding wah, with a fairly narrow Q and a pronounced resonant peak in all three "sweep" positions. The outer two positions of the sweep switch are notably thicker sounding than the centre, but every setting has a ton of "quack" that's great for car chase funk or Clapton-esque rhythmic rocking. Despite its name, I didn't find any position of the sweep switch to be broad and aggressive enough for Zakk Wylde or Mark Tremonti-inspired tones, but for weeping lead lines, Hendrix-like vocal vibes and Schenker-esque nasal tones in a cocked position, the Gold-72 is excellent.

The simple feature set is actually a bit of a blessing in my opinion, with the only internal switch being a "buffered bypass/true bypass" toggle and the aforementioned sweep switch tucked away under the toe of the treadle. This makes it near-impossible to knock the switch while you're playing, but it does mean you might get grease on your fingers when you change settings if you touch the treadle by accident. Both bypass states sound totally transparent, with none of the "tone suck" exhibited by older wah pedal designs. Unless you're using a very sensitive germanium fuzz/treble booster after your wah, I can't see much reason not to leave the buffer on, but it's nice to have the option.

The Friedman Gold-72 wah is everything you could want in a classic-voiced wah, especially if you lean more towards rock/blues styles. It feels great under the foot, sounds killer and addresses the problems that plague older designs without fundamentally changing the recipe.