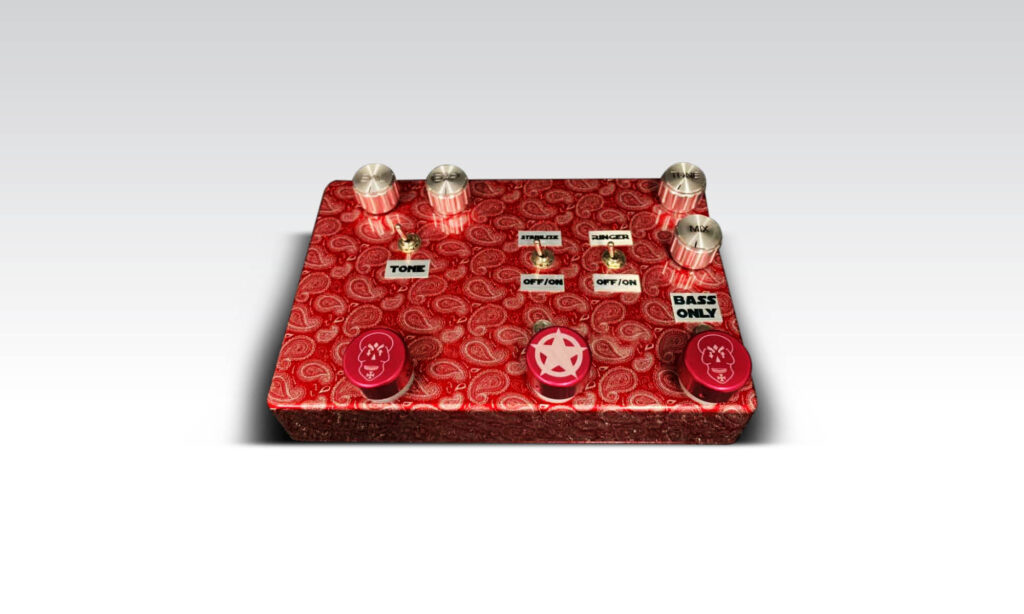 Every kind of octave fuzz you could ever need.

Very large enclosure for a pedal of this type.

Flattley pedals are the very definition of an up-and-coming pedal company. A family run business from Gloucestershire in the UK, you’ll find them on the show floor of every trade show in the country from arenas to town halls. Steve Stevens (Billy Idol) and Peter Hook (Joy Division/New Order) use their pedals, as does GI’s own Lee Wrathe and Belfast-born virtuoso Simon McBride. Nick Jennison takes a look at the latter, in the form of The Generator Simon McBride Signature Fuzz.

Designed in collaboration with McBride, the Simon McBride Fuzz is a supremely versatile octave fuzz, with the addition of a foot-switchable low octave. At its heart is Flattley’s Poison Ivy octave harmonic fuzz, which is based on the Univox/Shin-Ei Super Fuzz. As you’d expect, the tone is thick and full of sustain, but with a killer“velcro-ripping”texture that’s just downright filthy. There’s a touch of upper octave that pokes through in certain registers, especially with the neck pickup and lower settings of the guitar’s tone control, but it’s a lot more subtle than an Octavia-type circuit.

Bootstrapped to the Poison Ivy circuit is Flattley’s“Bass Sub Octave”. It’s a potent sub-octave generator that adds a thick, synth-like low octave. It’s not a super-clean, digital octave sound: rather it’s the kind of warm analogue grunt you’d find in a Boss OC-2, but with significantly better tracking and fewer artefacts. The“stabilise”control can further tighten the tracking, depending on your guitar. That said, exercise caution playing chords with the low octave engaged, because the results can be pretty unpredictable!

For more overt“octave up”sounds, there’s a toggle switch to bring a Green Ringer-type circuit into the signal path. For the uninitiated, the Green Ringer is a ring modulator with a very low-gain fuzz, generating a very prominent“Purple Haze-esque”octave up effect. Think“Octavia”, but without the“fuzz”part.It’s the polar opposite of the clean, and even upper octave you might find in, say, a POG- it’s glitchy, unpredictable, and a whole lot of fun.In the Simon McBride Fuzz, the ringer circuit takes the core fuzz tone from a subtle harmonic texture to all-out screaming octave, but it maintains the organic relationship with the guitar’s controls.

While the control layout looks intimidating, it’s comparatively simple. There are volume and“expander”(read: gain) controls for the fuzz section, with a single“tone”switch to match the fuzz to your guitar/amp combination. For the octaves, there’s a tone control for the sub-octave and a mix knob that determines the blend of the core tone with the ringer and sub-octave. The three footswitches turn on the fuzz and the octaver, and the last one is a“bass only”switch, which kills the regular and octave up signals.

As octave fuzz pedals go, the Simon McBride Fuzz is as versatile as they come. The core tone is killer, and the octaves track tightly while still sounding organic and characterful. The look is certainly eye-catching, but if it’s not to your tastes, Flattley offer a whole range of custom finishes. Lastly, all of Flattley’s pedals are made by hand in the UK, and the build quality is second-to-none. Be sure to track them down and try one out for yourself! 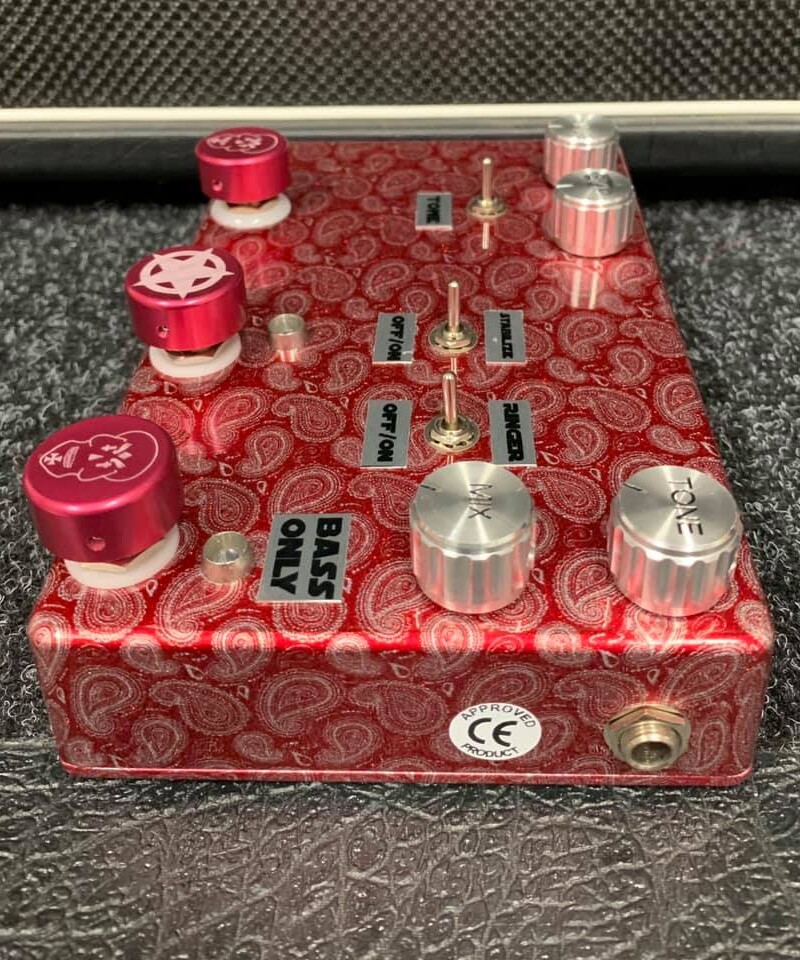 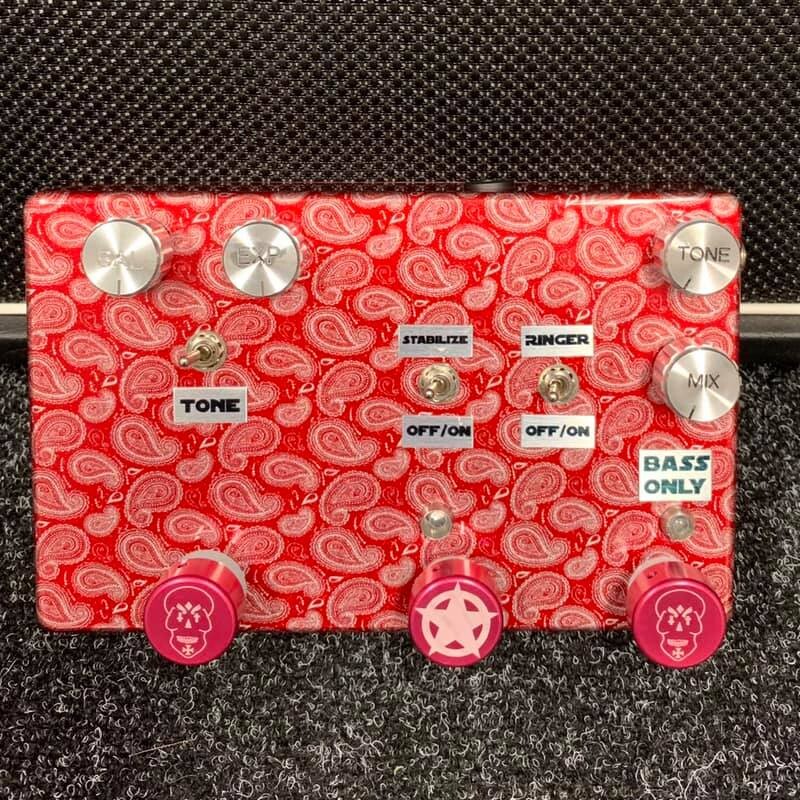 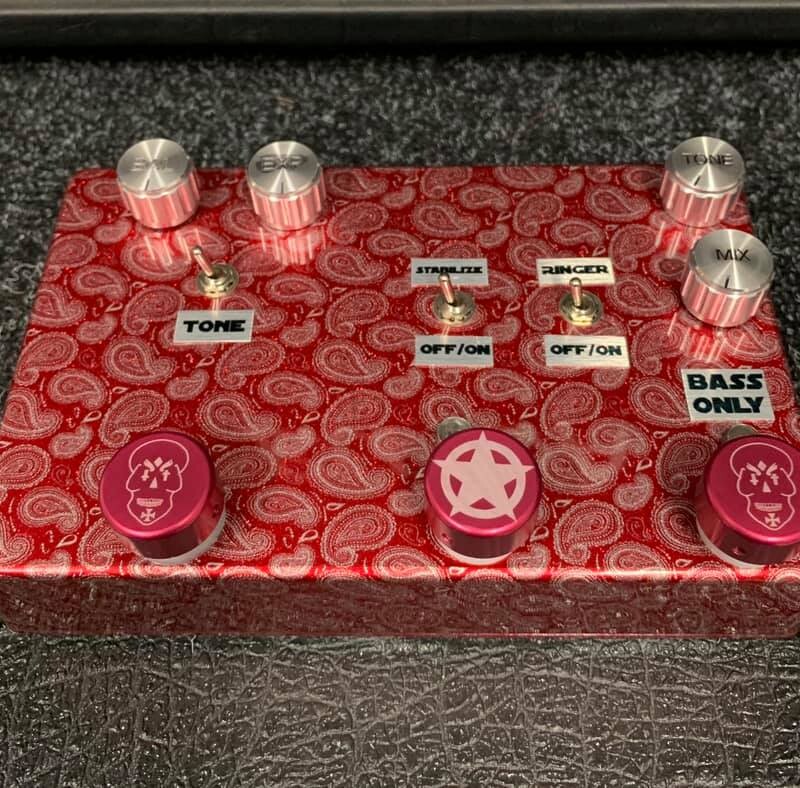