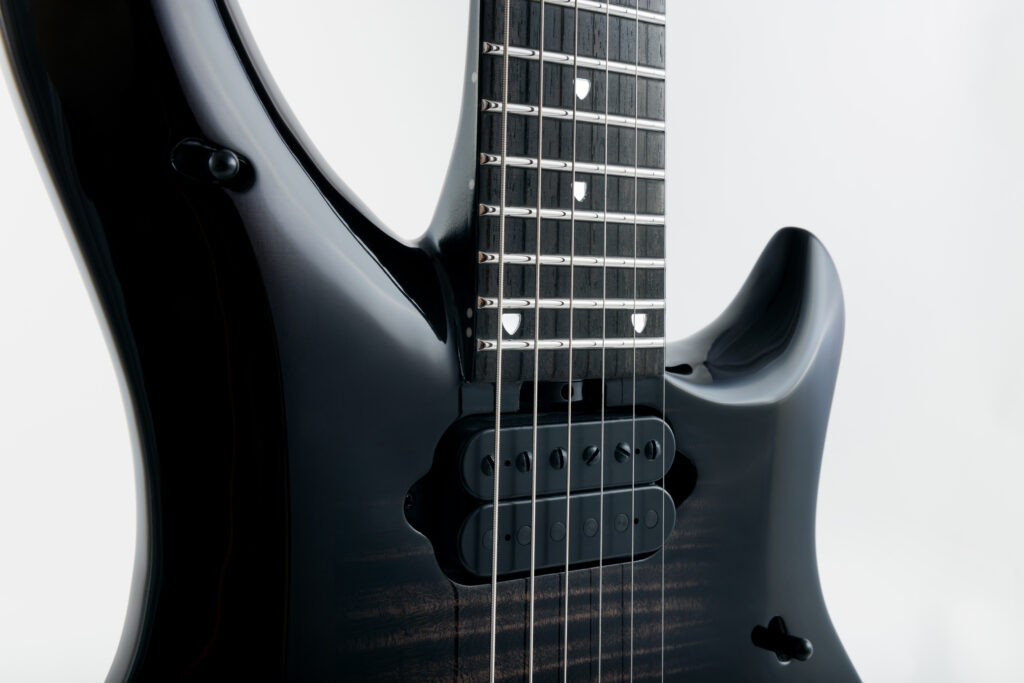 The Majesty was already a great guitar when it launched, so it’s great to see the Monarchy update the series with a mahogany body variant available in a range of colours with new pickups and 6 and 7 string options.

How could we possibly let Tom Quayle interview John Petrucci for this issue's cover stories without also letting him loose on JP's two latest Music Man guitars? So, Tom, do they live up to the billing?

John Petrucci’s relationship with Ernie Ball Music Man has to be seen as one of the most successful partnerships between a manufacturer and artist of recent times. John has no less than 10 different Music Man signature models, the latest of which is an update to the Majesty 6 and 7 string guitars, coinciding with Dream Theater’s 25th anniversary of their landmark ‘Images and Words’ album and current celebratory tour.

The 2017 Majesty guitars have been named the ‘Monarchy Series’ and bear more of a resemblance to the 2015 Majesty Artisan than the Majesty 6 and 7 that were originally released back in 2014. Like the Artisan series, the Monarchy 6 and 7 are built using an African mahogany body with a highly figured flame maple ‘shield’ top. Both guitars feature a Honduran mahogany, through neck design with an ebony fretboard, sporting John’s custom designed shield inlays and intricate ‘Majesty’ logo at the 1st fret. As with the other Majesty models, the Monarchy guitars include high end hardware, including 24 medium-jumbo stainless steel frets, Schaller M6-IND locking tuners, a custom John Petrucci Music Man piezo floating trem with stainless steel saddles and a custom active preamp circuit.

The biggest change from the Artisan is in relation to the pickups, where we find a pair of DiMarzio Sonic Ecstasy humbuckers, originally designed for John’s JP16 guitar, as opposed to the DiMarzio Illuminators found in all previous Majesty guitars. The Sonic Ecstasy pickups have a much more pronounced mid-range and low-end response compared to the Illuminators, with a slightly rolled-off high end, but retain the ceramic magnet and relatively high output.

The Majesty series is all about comfort and ease of playability, John stating himself that this was the most important design ethos behind the inception of the Majesty guitars. The body shape, although a little alarming for traditionalists, is supremely comfortable in both a seated and standing position with a very ergonomic, curvaceous contour, offering incredible upper fret access and a well considered control layout. The Monarchy models feature a gloss top finish while retaining the beautifully smooth, Matte back and neck from previous models, offering top level comfort for John performing under stage lights for hours on end.

Build quality is exceptional, easily up there with any boutique, custom built instrument on the market. The fretwork is superb and the through neck design is executed flawlessly, giving the guitar a huge amount of sustain and sonic clout when played unplugged. We were sent both 6 and 7 string versions, finished in ‘Black Knight’ and ‘Imperial Blue’, while ‘Royal Red’ and ‘Majestic Purple’ also available as options. Both guitars were finished to a fantastic level with the gloss top really bringing out the gorgeous figured maple top with its tightly flamed grain. The Royal Red and Imperial Blue colours feature chrome hardware, while the Majestic Purple and Black Knight sport black hardware - a nice aesthetic touch that gives the darker colours a slightly more menacing appeal.

From a tonal perspective, the Majesty has always been a very versatile guitar and the Monarchy is no exception thanks to the combination of piezo and magnetic pickups and a pair of three way switches offering an array of different sounds. The lower switch offers up the classic three tones from a dual humbucker set-up – Neck only, Parallel Neck and Bridge together and Bridge only – but pushing on the tone control gives access to a fourth tone, combining the inner coils of the humbuckers in parallel for further versatility. The upper switch allows for piezo alone, piezo and magnetic pickups together or just magnetic pickups. A 20dB boost can be accessed by pushing down on the magnetic volume control whilst you also get access to a piezo volume control and piezo treble, bass and magnetic/piezo mix controls on the back of the guitar. The Piezo and Magnetic outputs can be run in mono to a single output/amp or can be split for stereo operation via a TRS cable if required. This all combines for one of the most versatile guitars in the Music Man line up - not that surprising for a guitar player who covers so much musical ground in one show, but still a great achievement.

The Sonic Ecstasy pickups sound huge with both clean and drive tones, without any of the clinical feel and tone that can be associated with high output, ceramic magnets. These pickups retain your pick dynamics very accurately and can be both subtle and raging when required. The clean tones are warm and round, perhaps only lacking in terms of no glassy, jangly split single coil bridge only and neck only sounds, but in combination with the piezo you can totally live without those. Drive sounds are massive with tons of sustain and width for both rhythm and lead work in all four positions. Every sound is useful and musical – a good match for such a superb playing and feeling guitar.

The Majesty was already a great guitar when it launched, so it’s great to see the Monarchy update the series with a mahogany body variant available in a range of colours with new pickups and 6 and 7 string options. The 6 and 7’s are essentially identical except for the extra low B string, so the choice is based purely on how much low end you need rather than specific spec differences. If you’re a Petrucci fan then this will instantly become the new must have guitar, but for everyone else, the Majesty Monarchy represents a fantastic instrument in terms of ergonomics, tone and construction that is incredibly versatile and beautiful to look. Highly recommended if you have the budget! 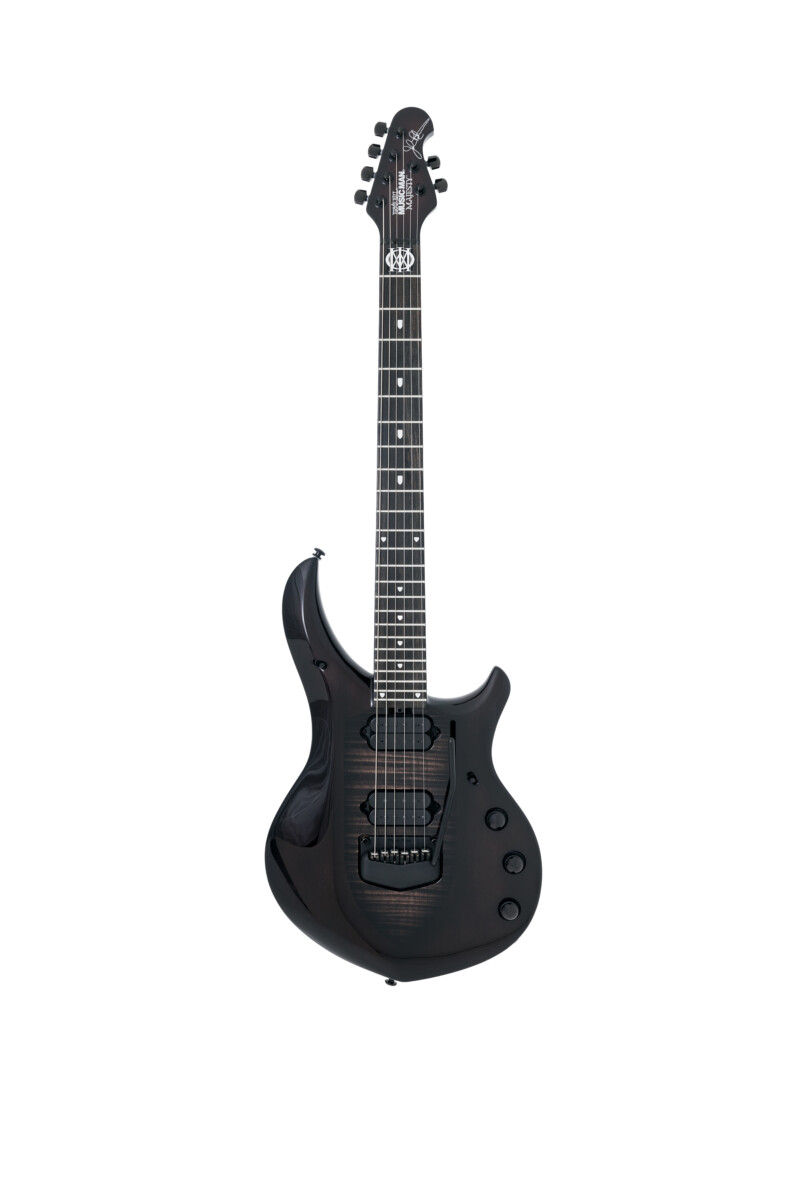 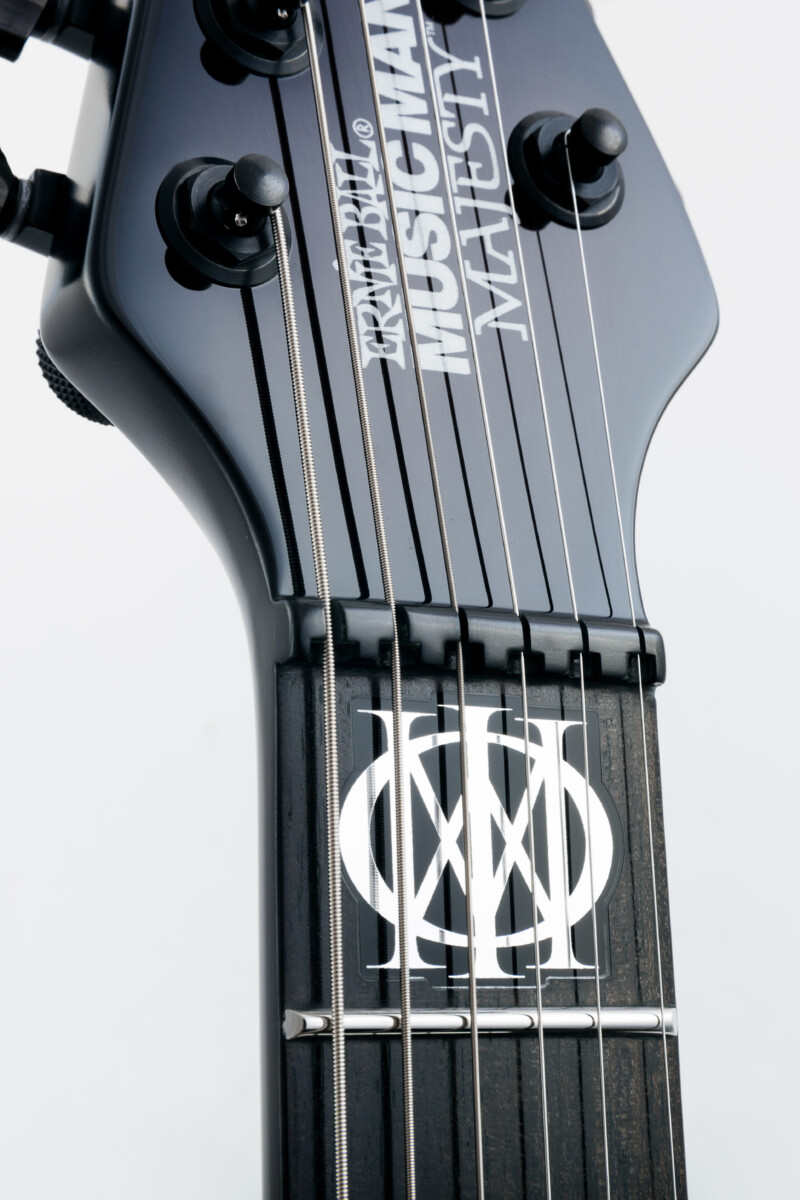 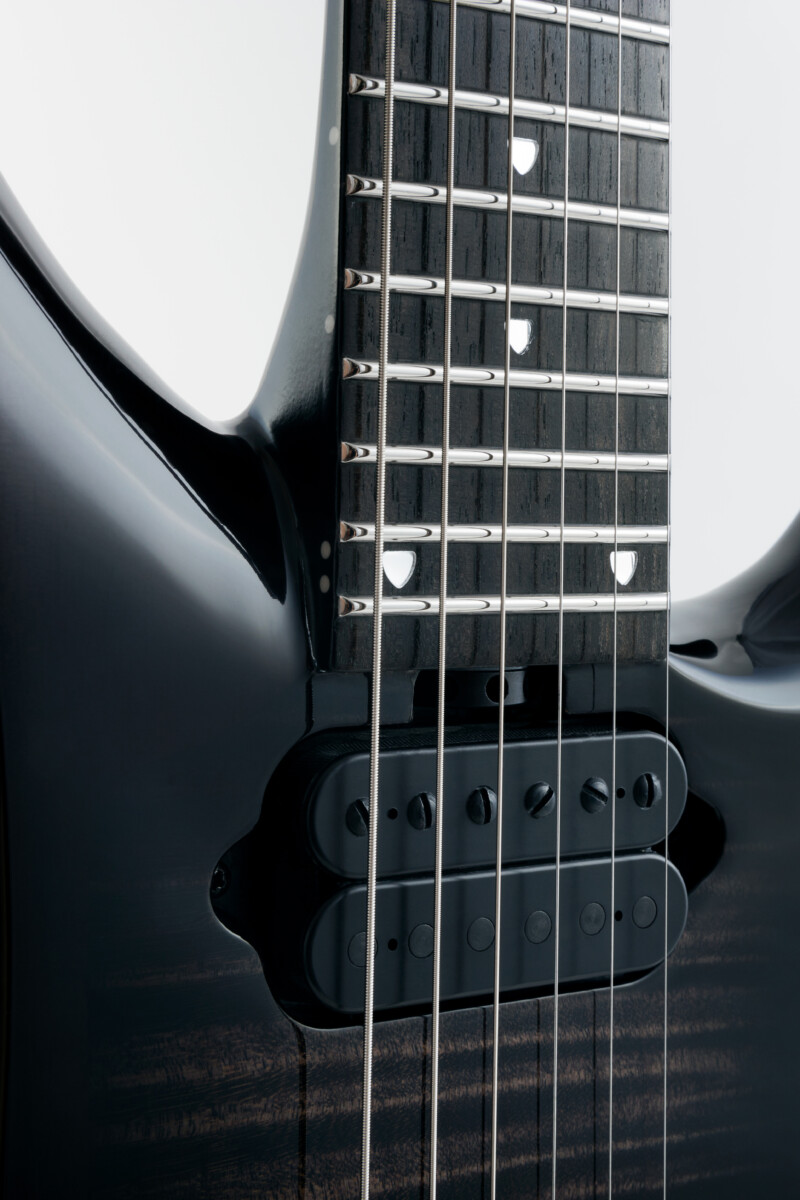 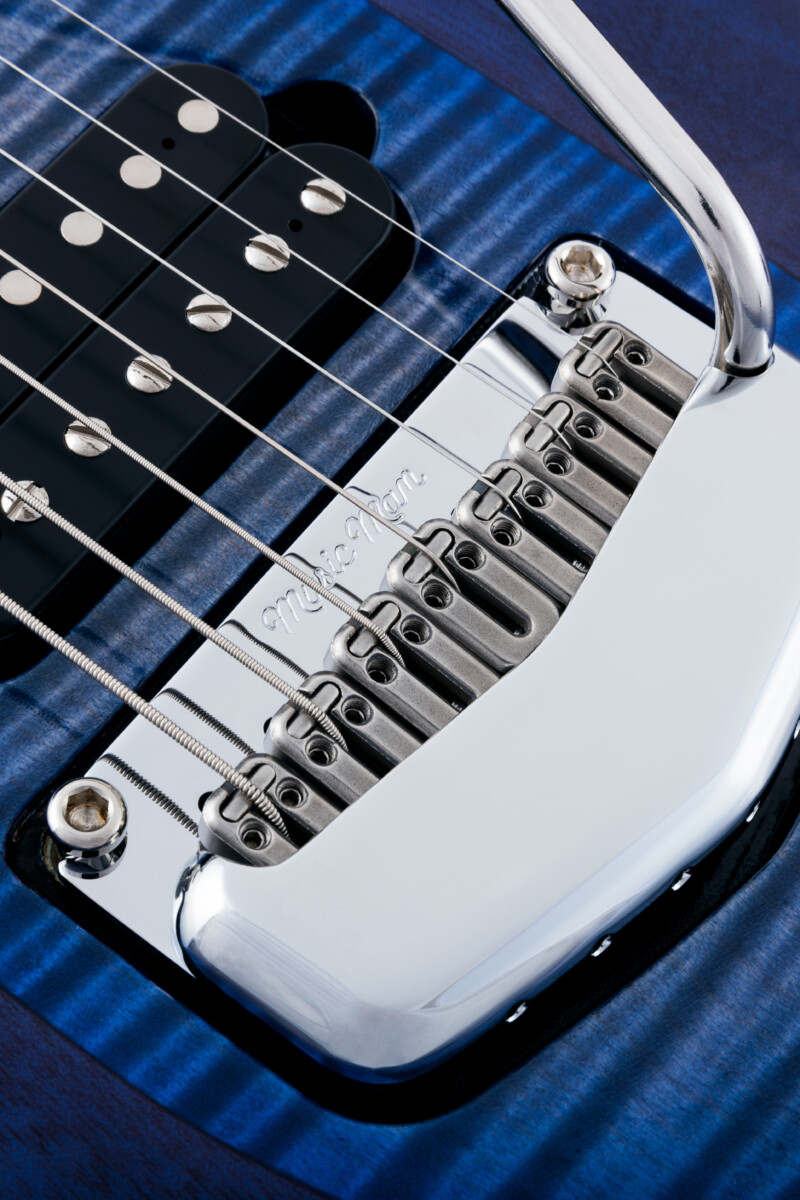 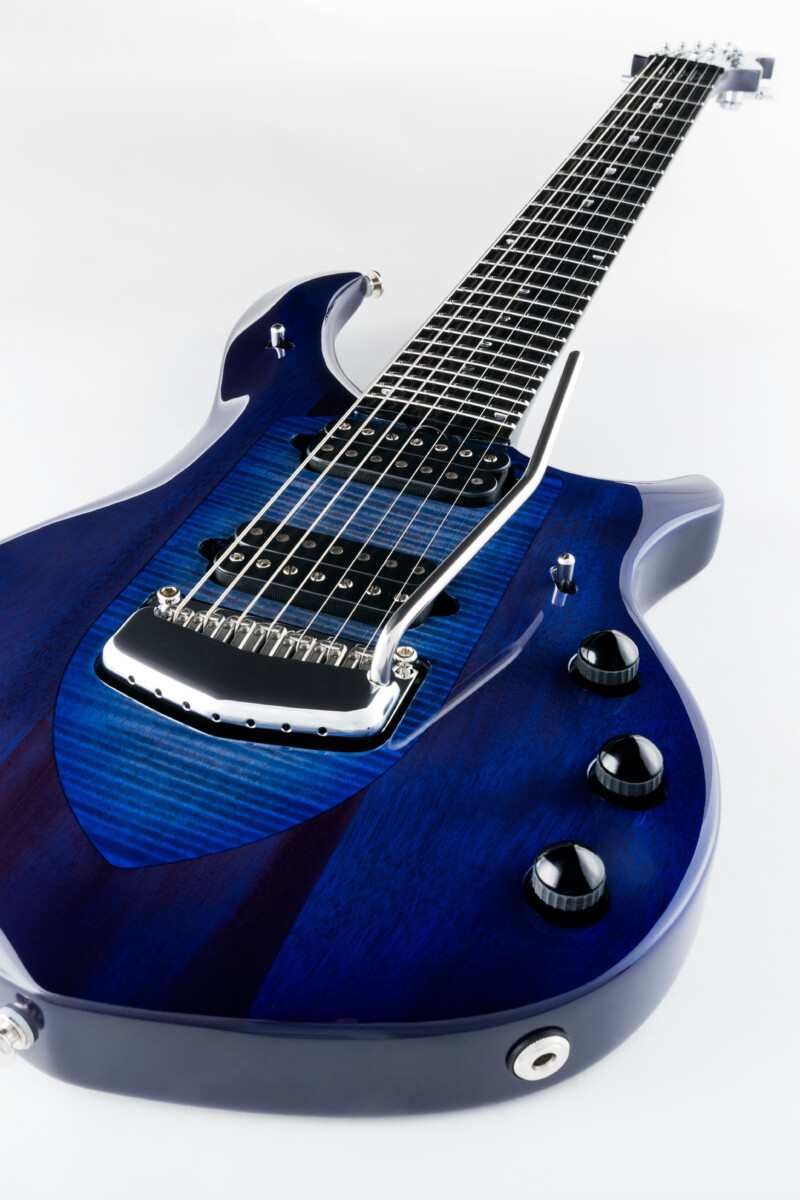 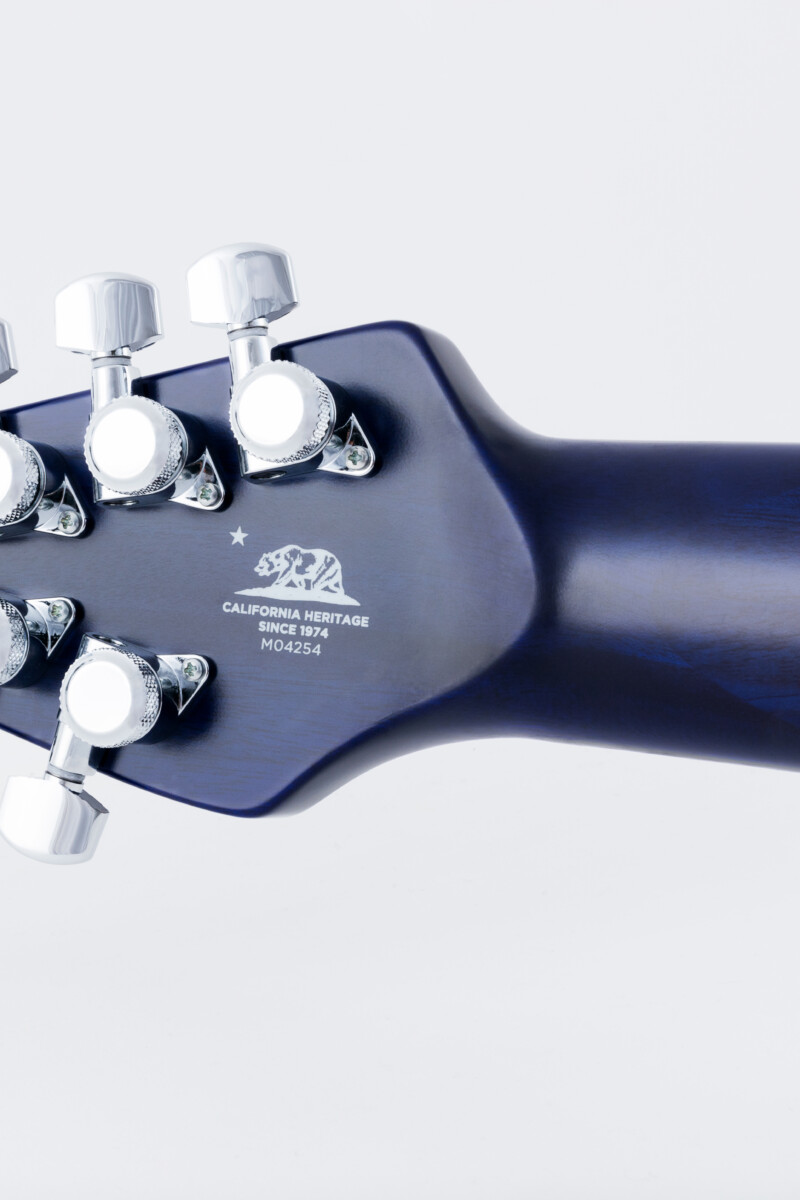