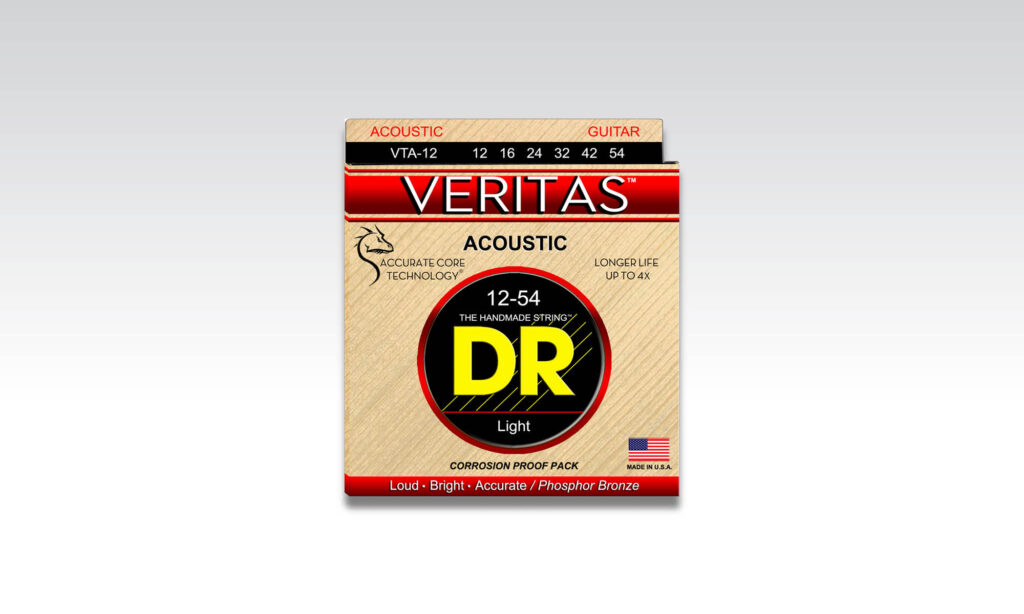 Spare unwound strings in every set.

None! Subjective to Player.

Known for their innovation and high production standards (re-introducing hand-made round core string making to the general market), DR Strings have a simple agenda when it comes to manufacturing; "If we can hear it, of course, players will hear it." Sam Bell reviews DR Strings new Veritas range of Electric and Acoustic Strings

DR Strings have released a new range of Electric and Acoustic strings which promise to last longer and sound more powerful. The string sets come in most common gauges for Electric 9s, 9/46, 10, 10/52 and 11. For acoustic 10s, 11s, 12s and 13s are provided. The DR website also states that custom sets of this new string type are available. For this review I have demonstrated these strings on Electric and Acoustic, I wanted to showcase them in a mix and by themselves. The only thing I can't do in a review setting is show exactly how long they last. This is definitely subjective to the player (finger perspiration, technique) and how regularly they are used. There are so many factors here, I would like to think in 2019 that most manufacturers making a string that promises extra life and brightness will be able to deliver. The average pro guitarist probably changes strings very regularly (some for every show!) and most probably won't keep strings on for longer than 2 to 4 weeks. However, it's good to have strings that can last in harsh playing situations, or if you need something that will last due to budget and time. This promise of extra string life is really an aid to help the player build trust in the string they are using. So with that said, let's take a look at the Key features of the new DR Veritas Strings.

Veritas strings from DR feature ACT (Accurate Core Technology) This means the wound strings wrap wire is locked in place in turn protecting the core of the string from corrosion. The strings stay brighter for longer and keep intonation because of this method of manufacturing. The Quantum Nickle string wrap also adds to the brightness and output. It's important to state that the Veritas strings apply only to the wrapped strings. On both the Electric and Acoustic Sets, two sets of non-wound strings are provided, a plain set and a set of 'Xenon Power-Plain' strings. They appear to have a gold/bronze colour to them. These Xenon strings are meant to match the increased output of the wound Veritas strings. This new range of strings from DR promises to bring longer-lasting, brighter and louder strings to players around the world.

Both sets appeared to my ears to have a rich sounding midrange, they definitely felt louder in terms of output. Also, in the video I re-strung them and tuned them up once. I didn't do much stretching in of the string and they managed to hold tune very well considering. The Veritas and Xenon strings felt smooth to play and I have to admit, the Xenon strings did look pretty cool with their bronze/gold finish.

In summary, I'd recommend these strings if you're looking for another option in the world of long-lasting, super guitar strings. As far as this new breed of string manufacturing goes, they are definitely more affordable than other brands. DR has a huge name and some fantastic artists behind them, definitely give them a try! 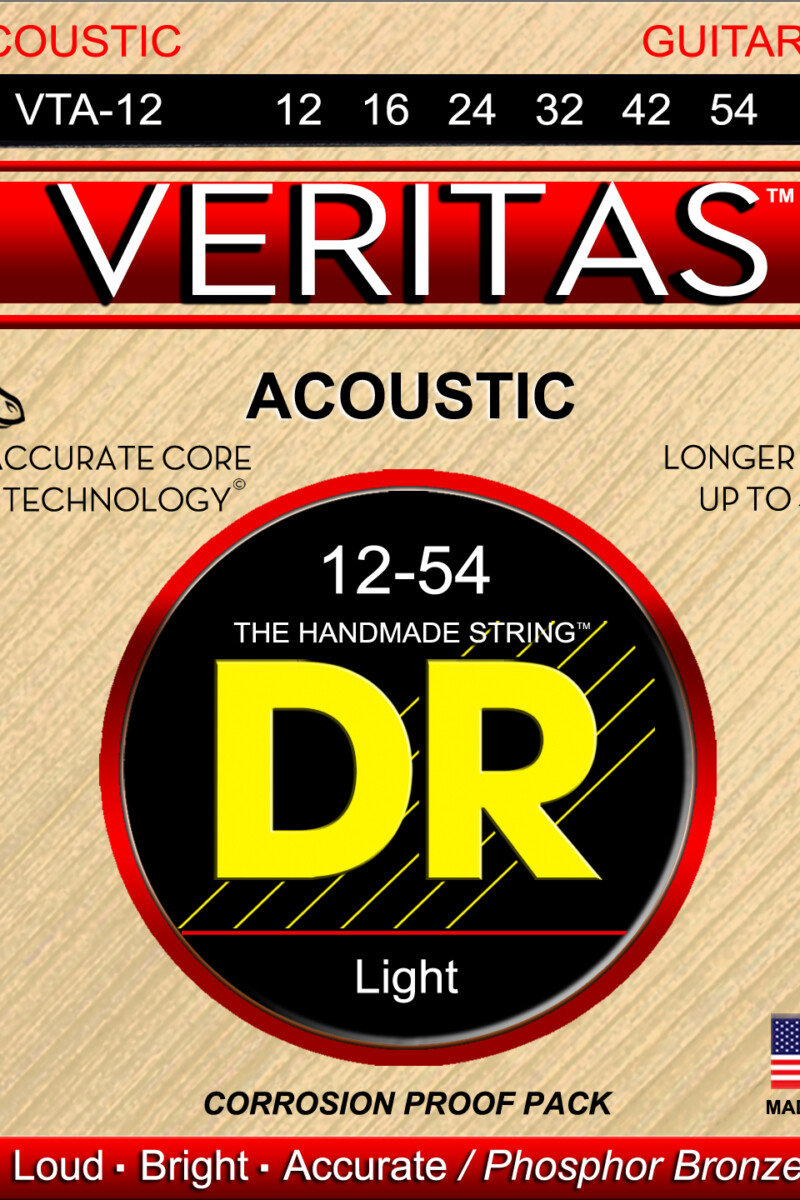 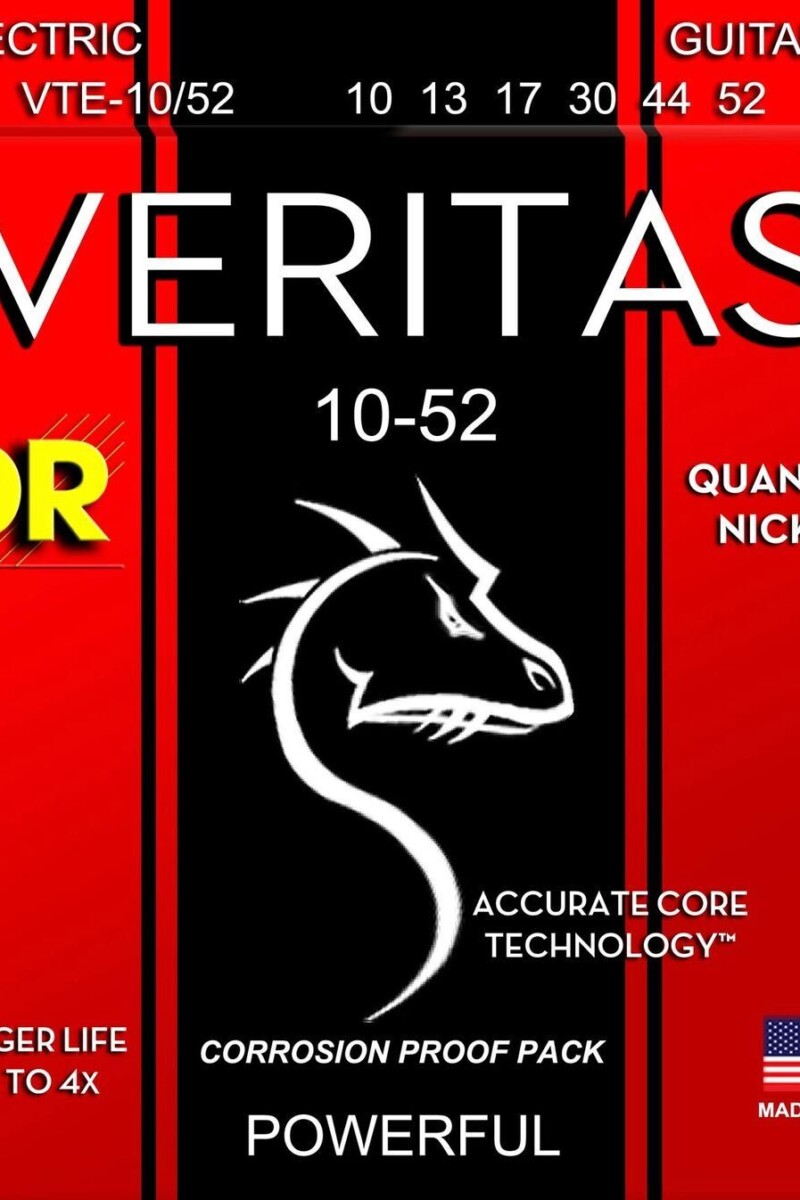