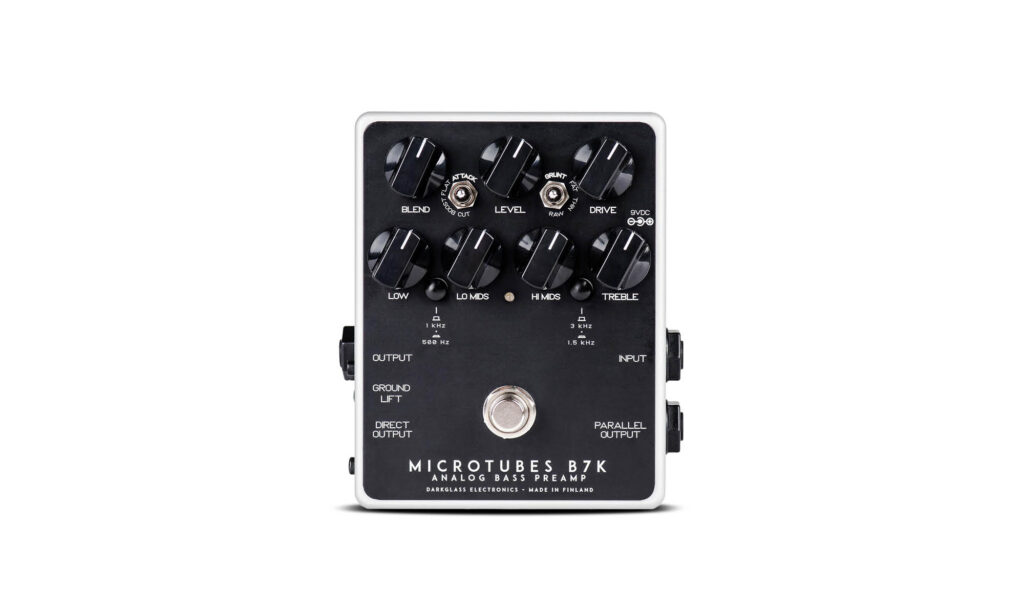 Here is a company who in a relatively short period of time have proved their place in the market for bassists. Douglas Castro, now with a factory of employees taking his creations to market, started his company with just a vision but also the drive to make it happen. However, he himself has admitted that at the time he didn’t even know where his next meal was going to come from. We’re very pleased he saw things through, right?

Darkglass commitment to tone and quality components and build

Darkglass have been a firm favourite of Dan Veall's since his first review of their products in Gi issues gone by. With Darkglass' latest pedal release Microtubes B7K v2, will it live up to expectation? Dan tells us more.

If you have only spent mere minutes on the internet looking for a good drive pedal for bass guitar, you can not have missed Darkglass Electronics. Here is a company who in a relatively short period of time have proved their place in the market for bassists. Douglas Castro, now with a factory of employees taking his creations to market, started his company with just a vision but also the drive to make it happen. However, he himself has admitted that at the time he didn’t even know where his next meal was going to come from. We’re very pleased he saw things through, right?

We’ve featured the B3k and Vintage ‘Microtubes’ (VMT) pedals previously, and I really loved the Vintage Ultra pedal, our most recent review. So imagine the pleasure of having a discussion directly with Douglas himself leading to some Darkglass shaped cartons arrive at our studio!

Inside shipping cartons some rather good looking equipment packaging including that for an M500 amplifier, but right now we’re concerned with just one, the Darkglass B7k, latest incarnation, v2. Additional features and tweaks on board and ones that will prove to be just what the doctor (or bassist in this case) ordered. Musicians asked, Darkglass delivered.

I’ve treated my review as not to focus on any differences between models but to view this pedal in its own right. So, what is the B7k? The pedal is a preamplifier; it’s a distortion pedal, it’s an amp in a box. It’s a fully featured DI; it’s a recording solution. The options are broad and my video would be very long if I went into all of the possibilities. That’s for you to try!

Lets split the pedal in half. Think of the top line of knobs as a bass distortion pedal, to simplify proceedings. Far right-hand side we have the amount of saturation on the ‘drive’ knob. If we progress the dial around the levels of distortion will pile on, but the background noise doesn’t appear to. The implementation of good circuit design. The knob in the middle governs the level of the drive section. To the left of said, the all-important blend or ‘mix’ knob that balances between your dry clean bass sound going into the pedal and the layers of dirt you are applying as a luscious topping. Very important for allowing your bass end to not only be heard but felt when finding it’s way to your stage speakers or the front of house PA. In between the dials are two ‘taste switches’ I suppose you could call them. I should point out that these affect the level of the signal going into the saturation section, not a post-EQ shape. The left three-way switch marked ‘Attack’ manipulates the amount of top end going in to the drive signal path. This is great as I can decide if I want more top end sizzle or back it off in comparison to the bottom end saturation. Similarly, for the low end being fed into the drive circuit, the ‘grunt’ switch features Fat, Thin and Raw settings. Boosted lows, cut lows and ‘flat’. There’s enough here already to create some nice driven tones. There is however much more to B7k with the inclusion of a 4 band active equaliser. Both mid bands, as described in my video have switchable frequency centres to allow you to home in on this areas of your sound you want to enhance, or indeed subdue to allow your sound to shine on through.

Wind the blend all the way back and you are left with a clean preamp, so it’s not all about the grit! The equaliser is flexible and easy to dial in flavour for even the thinnest of sounding instruments. Furthermore, utilising the XLR socket for a DI output, you can send a rich, clean sound, or dial in some edge from the drive section directly to your recording device or PA system. You could use just this pedal and direct your sound straight back to In-Ear Monitors for shows with no onstage amplification!

Regarding connectivity, there’s a normal output for your amplifier but also next to the input socket, a dry parallel socket that could feed a tuner or an even more complex signal routing of pedals or outboard processors.

All house in a metal shell, this bad boy (and all other Darkglass hardware) does not have a battery option. Something Douglas felt strongly about from day one in terms of environmental impact. Thumbs up Doug! External power supplies only for Darkglass pedals.

I don’t really think there is anything negative to say about the B7k models throughout the range. They do all have a certain signature sound to them which is certainly a Darkglass thing - and that’s pretty difficult to nail as a company when there are so many drive pedals out there, more so when it comes to the lesser percentage of us bassists grappling at the market specifically for us low enders. If you like the tone, you’ll love the pedal. 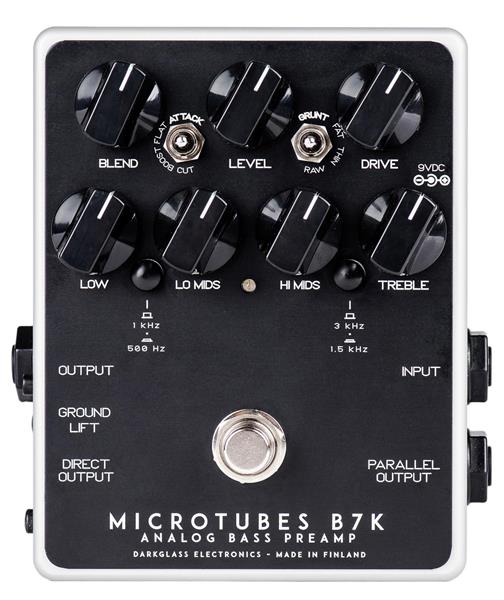 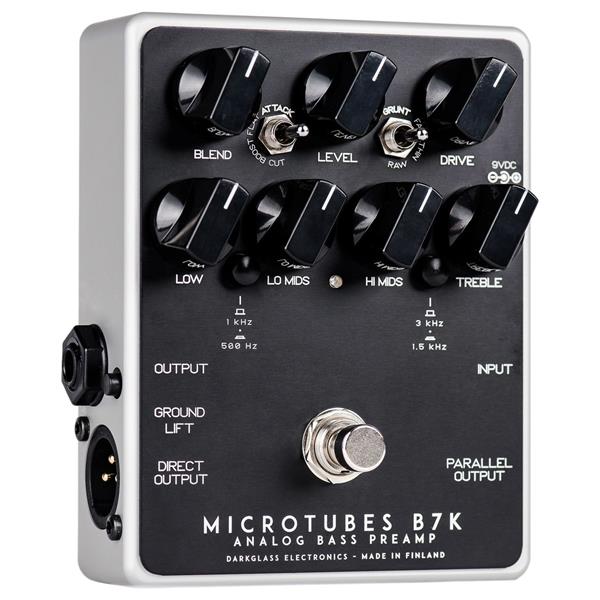