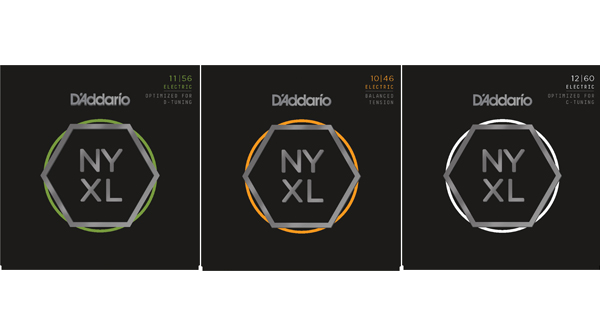 D’Addario has been at the forefront of a guitar string revolution of late; the company's NYXL brand of futuristic hyper-strings was released last year to wide acclaim from players of all backgrounds. Claiming to have re-engineered electric guitar strings from the ball end up, D’Addario is confident that no string has ever offered this level of stability before and clearly players have agreed; the line has now been expanded and we’ve been sent a new range of NYXL strings to test out.

As impressive as this all sounds, I’d hesitate before calling it exciting. Whilst I wouldn’t quarrel with the fact that strings have an influence on tone, I’m inherently sceptical of any claims that items such as strings and other rudimentary guitar apparel can be upgraded to the point where it makes a really significant improvement. I also tend to turn off right around the time that A/B testing is required to demonstrate any difference because in the real world this is just not the practical reality; a microscopic difference revealed under studio conditions is of little consequence in a real recording environment where post-EQ can be applied, and of no relevance whatsoever whilst running your rig miked up at a gig with a drummer for several hundred drunk punters.

Bearing that in mind, you’ll have to forgive me for being late to the NYXL party. As good looking as the packaging surely is, D’Addario is really going to have their work cut out convincing me that I need to spend in some cases over double what I would on a regular pack of strings in order to be involved.

I somehow doubt I am the only player with this viewpoint, and clearly D’Addario knew there would be doubters as well. The company launched an NYXL website with an overwhelming amount of information, diagrams, charts and videos demonstrating everything that’s gone into these strings as well as the manufacturing process, the torture tests and every other imaginable test and comparison to ‘standard’ strings. It’s a fascinating site to check out, and definitely got me curious about testing out these strings for myself.

Of the three, the balanced tension set was the one I was most eager to try out. It’s essentially the same as a regular 10-46 gauge set that many players will be familiar with for using with standard tuning, except that the exact gauges have been altered and mathematically perfected to create as close to an even string tension across all six strings as possible. (For all the nerds amongst us, the exact gauges from high to low are 0.0100, 0.0135, 0.0170, 0.0250, 0.0340 and 0.0460!)

I think balanced tension string sets are a really smart concept so I strung my guitar up with these first with impressive results; the strings ‘broke in’ extremely quickly and also noticeably held tune much faster than I’m accustomed to. The effect of the evenly balanced tension was subtle but noticeable, as the strings had an overall pleasing elasticity that was consistent across the full range of the instrument. The strings also sounded remarkably brighter than standard strings acoustically, a claim I was particularly curious to test out.

A notable benefit of balanced tension strings that I theorised and then tested is the stability improvement they offer guitars with floating tremolos. I strung my Jackson SL2 with the NYXLs and it was immediately obvious how much the subtle change of tension was helping the Floyd Rose bridge to balance, stabilise and maintain tune. Although a correctly set-up Floyd will always hold tune remarkably well, it was definitely easier to get the bridge balanced in the initial set-up and it required far less of a breaking in period before the tuning held reliably, even with extreme divebombs and other whammy bar abuse. Based on this evidence, I can’t think of any reason why balanced tension sets shouldn’t be the standard for floating bridges.

The two sets optimised for lower tunings also impressed me; when tuned to C standard, the 12-60 gauge set had a string tension and feel comparable to a regular set of 10-46 strings tuned to standard pitch, and the same was true of the 11-56 strings tuned to D standard. Obviously both of these packs could also be tuned up to standard tuning by Jazz players and other masochists who enjoy playing with callous-destroyingly thick string gauges!

Both sets maintained the slithery elasticity feel under the fingers that distinguishes the NYXL brand, and were similarly commendable when it came to tone and stability. I was particularly impressed with how quickly the 12-60 gauge held tune in C standard tuning; anyone familiar with this tuning knows that can be a bit of a challenge even with the right string gauge.

At the start of this review the D’Addario NYXLs had my curiosity, but now they have my attention. There may seem to be a lot of marketing hype around these strings but you can hardly blame D'Addario for shouting their news from the rooftops of a very crowded and noisy marketplace.

Regardless of the marketing commotion, all things considered these are the best electric guitar strings I have yet tried. Unlike previous hyper-strings, such as ‘coated’ strings (which I was never a fan of) these strings do deliver a notable difference to the overall playing experience, are demonstrably tougher and last longer than standard strings. Whether they’re worth the high asking price is a decision only the individual player can make, but for professional environments these strings are as good as it gets. 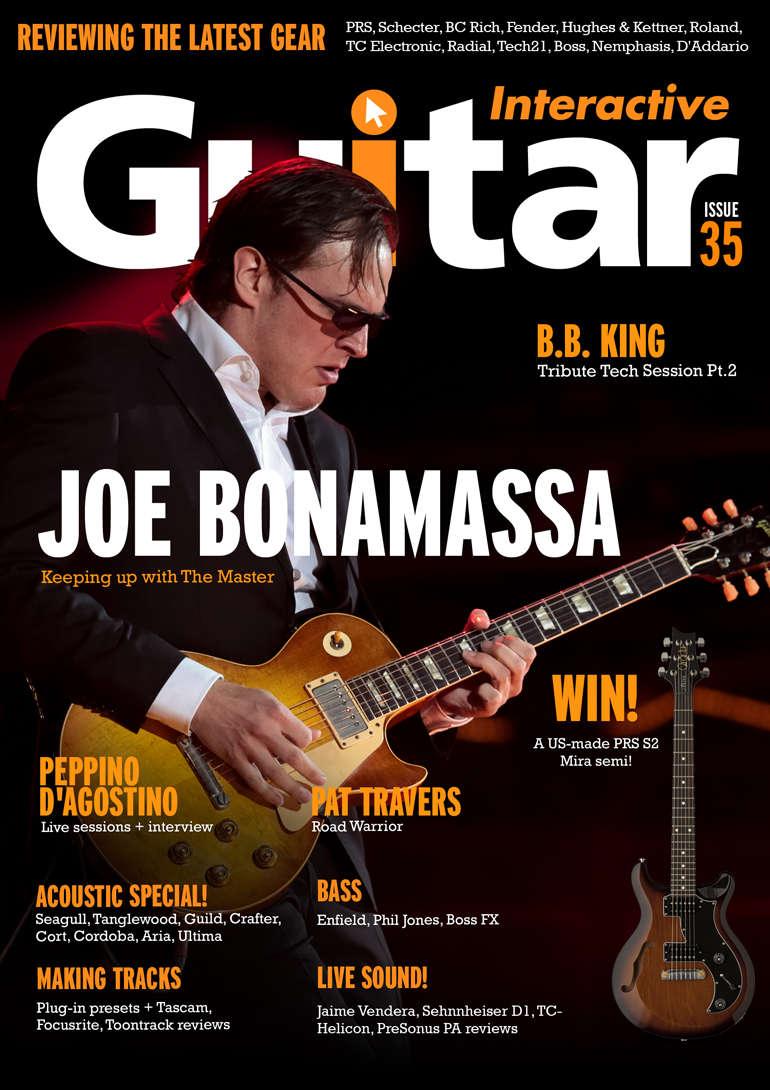