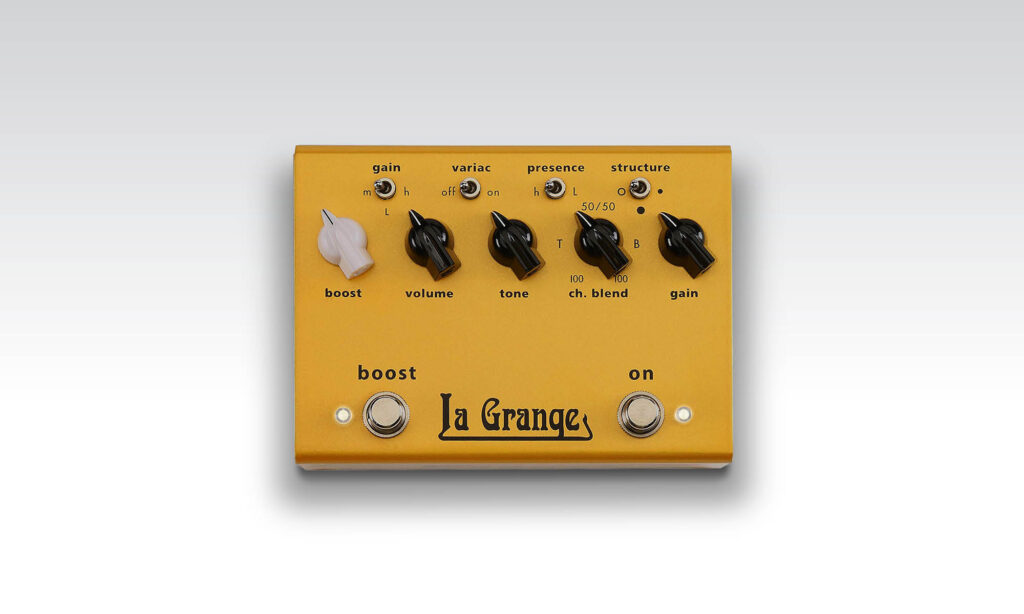 There’s a footswitchable boost that gives you a clean volume lift after the distortion for poking your head over a mix, and this can even be engaged while the pedal’s gain is disengaged.

A wide range of usable gain.

Lots of options for tweaking the way the pedal feels.

The enclosure is on the large side.

Nick Jennison takes the Bogner La Grange for a spin. An overdrive/boost pedal designed to give you a highly tweakable amp-in-a-box experience that can nail the aggressive tones of late '60s British amp stacks, but is it too good to be true? Let's find out more.

There’s an argument to say that Bogner started the “amp in a box” pedal craze way back in 2013 with their critically acclaimed Ecstasy Blue and Red preamp pedals. While these units weren’t the first pedals on the market to take your clean amp into full-on raging stack territory, they were certainly the first to be fully embraced by the guitar community. With good reason, too - they’re awesome!

In the same two-button format as it’s predecessors, The La Grange takes its tonal inspiration from classic Marshall amplifiers from the ‘60s through to the ‘90s, and oh man is it good. Made with high-end components and offering up five discrete class A gain stages, the tone and playing feel of the pedal is very authentic indeed. “Amp-like” is a term that’s thrown around altogether too often these days, but the La Grange is exactly that. The gain is rich and fat and is unusually responsive to your pick attack and volume control. This is an area where many “amp in a box” pedals fall down when compared to overdriven valve amps, homogenising your carefully crafted notes to the point of anonymity. Not so with the La Grange, which is refreshingly faithful to your playing style.

Beyond the usual gain, volume and tone knobs, the La Grange touts some very cool tone shaping features. The variac switch is very powerful, taking the pedal from bright and snappy to brown and growly, compressing the front of the note hard in the process for a superbly chewy play feel. The structure will take you from wide open and loose to tight and muscular, and the presentation will help you keep the high end under control if you find yourself plugging into an amp that’s particularly bright.

The sheer range of gain available is very impressive, with a distinctly ‘60s vibe in the “low” mode. Flip the structure to the open position and switch variac on and you’re in JTM45 territory, with a fat and loose breakup. With the structure set to tight and the variac off, the feel is much closer to a Super Lead, with stinging harmonics and super fast transient response. “Mid” and “high” modes take the La Grange into JCM800 territory and beyond, with the searing crunch and wicked harmonics we love about the originals. In these higher gain ranges, the variac mode lends the pedal a “modded” feel that howls and growls with a fat, brown sustain that’s an absolute joy for 80s-inspired shred. What’s particularly cool is that even with the variac engaged and the gain cranked as far as it will go, the La Grange still responds faithfully to your playing dynamics, allowing you to shape the “vowel” of your notes with just your pick grip.

Another really cool feature is the channel blend control. Anyone who’s plugged into inputs 1 and 2 on a plexi-derived amp will know how drastically different they feel. Input 1 is super tight and bright with loads of spank, while 2 is thick almost to the point of wooliness. The channel blend knob allows you to find a “sweet spot” between these two responses that suits your playing style and guitar of choice: I found myself leaning more heavily towards the treble side with humbuckers, but a bassier setting might be more flattering with single coils.

As if all of that wasn’t enough, there are two more “utility” features that make the La Grange even more useful in a live setting. There’s a footswitchable boost that gives you a clean volume lift after the distortion for poking your head over a mix, and this can even be engaged while the pedal’s gain is disengaged. There’s also an expression pedal input, allowing you to turn the pedal’s gain knob down from its current setting. If you own a switcher or modeller that offers CV out, and you’re feeling creative you could even leverage this feature to get a degree of preset-like functionality out of the La Grange.

The Bogner La Grange is a total joy to play through, with a massive range of the best Marshall-inspired tones I’ve heard from any pedal. Highly recommended. 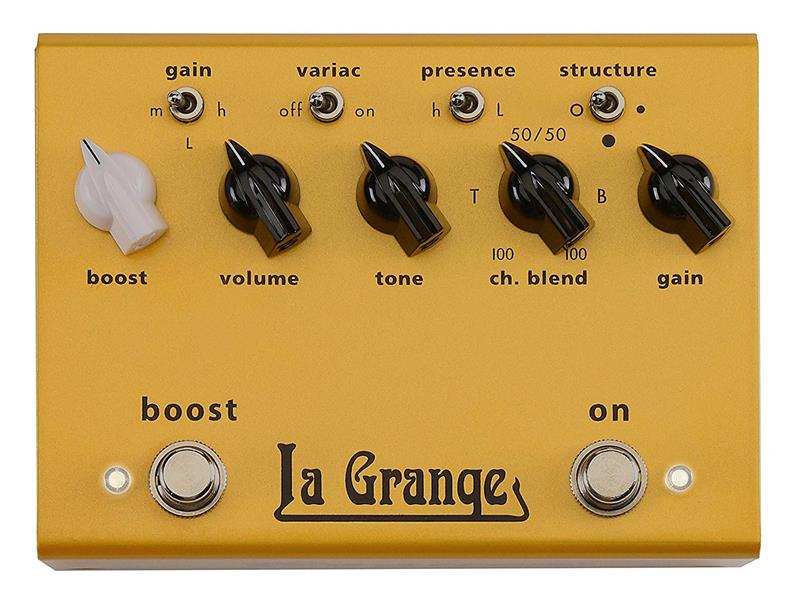 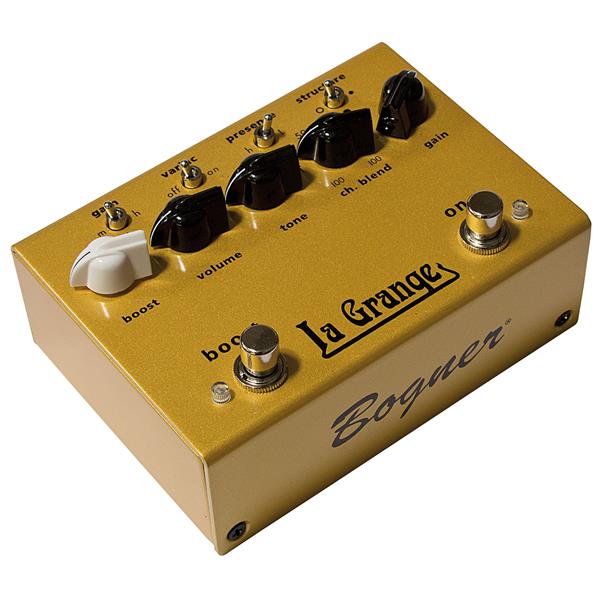 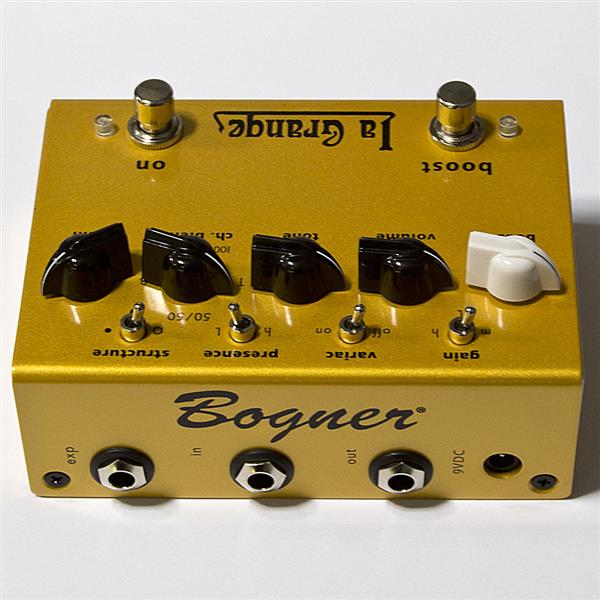