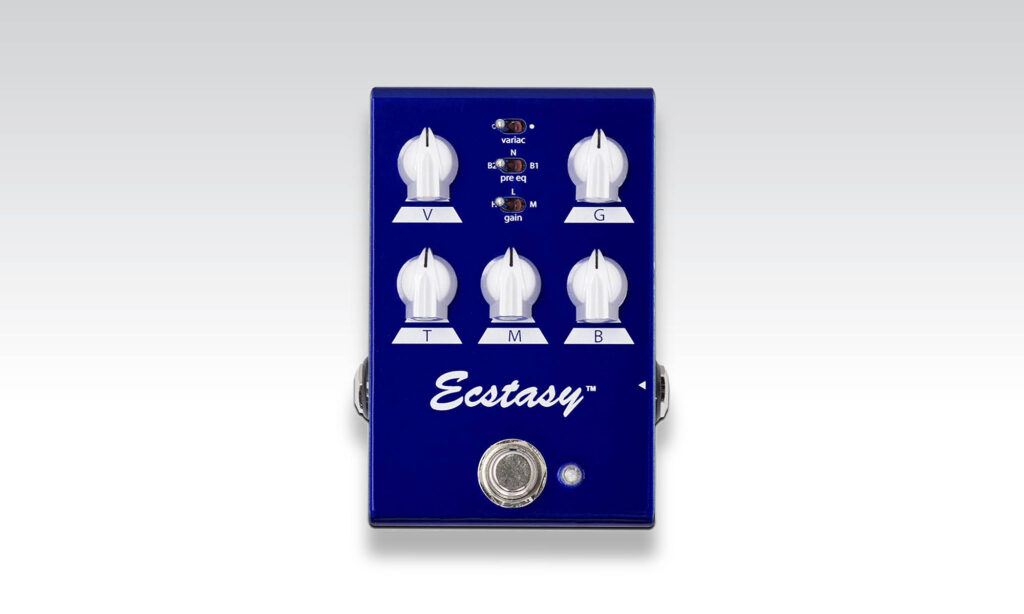 Bogner's Ecstasy pedals offer their legendary amp tones (of the same name) in all-encompassing stompboxes. By removing the battery housing and foot-controllable boost, they've been able to shrink the housing to a smaller, more pedalboard-friendly format. Sam Bell takes a closer look at The Ecstasy Blue Mini, modelled after the blue channel's gorgeous plexi snarl that goes from smooth sizzle to powerful crunch with ease!

The Californian company Bogner came up with the Ecstasy amp back in 1992, this amp has become a staple of modern tone and since then Bogner made the sounds of the influential amp in Pedal format. Each pedal was designed to give you the sound from the Bogner Ecstasy Blue or Red Channel. Hence the name Red or Blue. Fast forward to 2018 and we now have mini versions of each of these iconic pedals. In this issue I had the pleasure of looking at the Bogner Ecstasy Blue Mini, which is a lower gain version of the Red, with much more of a Plexi voicing. However, this pedal can get into some super tasty high gain territory when pushed.

The Blue Mini has many of the same features as its bigger Brother; we’re presented with our regular set of controls much like an amp channel (Level, Gain, Treble, Middle and Bass) then we have some unique voicing, gain structure and EQ options that are switchable via 3 independent toggle switches. Around the back of the Pedal, there is a small hole where with the use of a small Philips screwdriver via trim pot we can change the mid-range EQ sweep to further dial in our tone.

The three toggle switches enable us to shape our tone further. The top switch is under the label ‘Variac’ this gives us a more compressed saturated ‘dropped voltage’ sound when turned on and more open harmonically rich sound when turned off. The next switch is the pre-EQ, set to N for Neutral doesn’t do anything to the EQ, however when set to b1 we get more openness in the treble side of the EQ, great with single coils! When set to b2 we get a mid-boost, which the frequency of the mid boost is determined by the setting of the mid notch control in the back. We then have the bottom toggle switch which determines the different levels of gain we can get from this pedal, in a nutshell this gives is a low gain Plexi vintage sound, a middle gain setting and a boosted gain setting.

The pedal design itself is small as the name describes featuring the 9 volt power input on the lower right hand side of the casing. This enables us to keep it on a smaller board set up, snug to other pedals around it. The design and layout is very user friendly and robust.

I personally really enjoyed the tones I got from this pedal, I could get a nice clear sustaining overdrive sound that wasn’t too harsh at higher gain settings. At lower gain settings and with the toggle controls set to a mid-gain stage and with the EQ set to the b1 setting we can get a really satisfying squishy feeling low gain Plexi style crunch. This pedal is definitely suited to Rock or Bluesy situations, I’d even use it for playing Fusion stuff as well. If you’re looking for super tight sounding high gain, then the Red Mini is worth a look. But if you’re looking for a modern take on a classic tone that is versatile and harmonically rich, check out the Blue Mini! 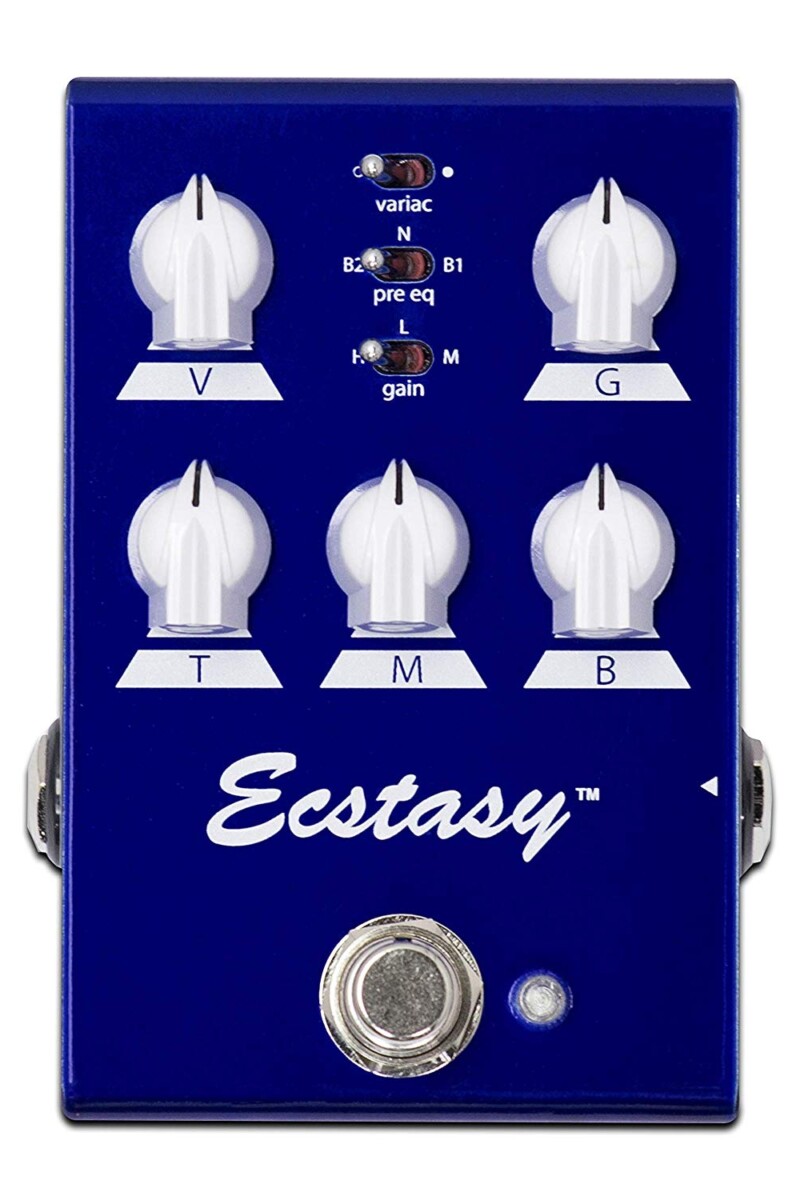 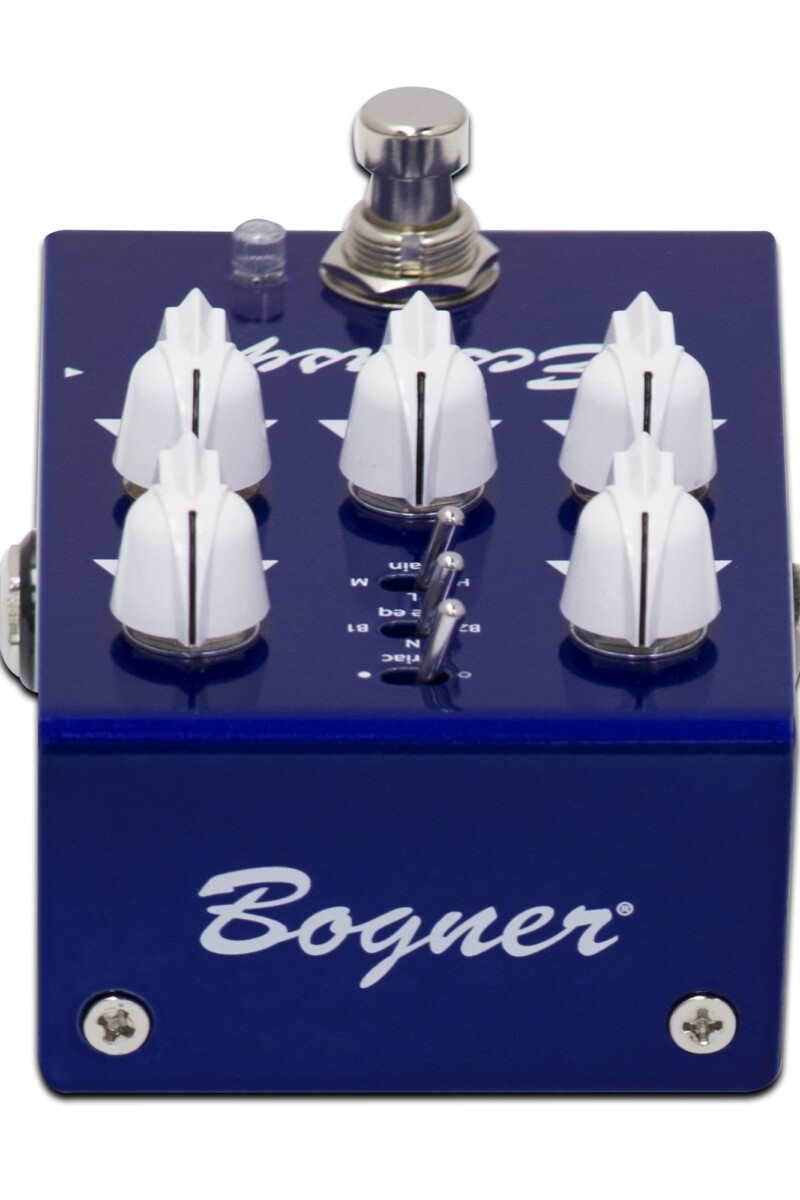