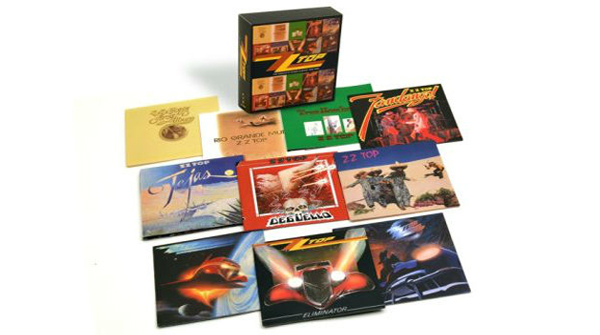 "We're gratified that the albums from the first 20 years ofthe band are going to be made available in this set," said theband. "We're especially delighted to note the restoration of 'ZZTop's First Album,' 'Rio Grande Mud' and 'Tejas' has beenincorporated; it's good to have been made whole again on a certainlevel."

The new box-set by "That Little Ol' Band From Texas," isanything but little with the collection spanning 100 tracksincluding classics such as 'Just Got Paid,' 'LaGrange,' 'Tush' and 'CheapSunglasses.'

In related news ZZ Top will hit the road forconcert dates in the U.S. and Europe, starting May 2 in Newkirk,Oklahoma and ending July 7 in Linz, Austria.