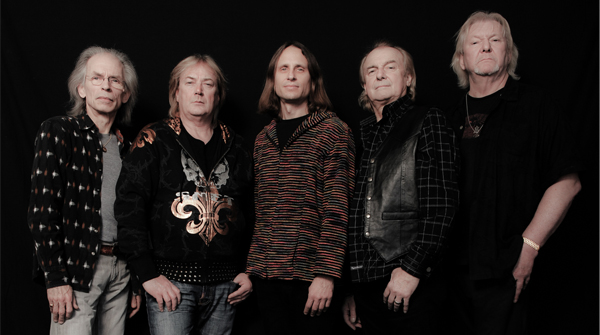 The multi-platinum progressive rock titans performing theirclassic albums 1971's 'The Yes Album' and 1972's 'Close To TheEdge' in their entirety and more will be joined by like mindedartists such as The Musical Box, Renaissance featuring Anne Haslam,Carl Palmer's ELP Legacy, and other acts TBA. Tickets go on saleFriday, June 7 at 10 AM EST and will start at just $35. Ticketswill be available at Ticketmaster.com, Susquehanna Bank Center BoxOffice, Live Nation Box Office, Ticketmaster outlets or by-phone at800-745-3000. Yestival is presented by Live Nation.

"This is a concept we've been trying to put into motion forsome time, and only now we've been able to turn it into reality.We're looking forward to starting Yestival out in thePhiladelphia area, which has been a Yes stronghold since the'70s."

The Musical Box is a band that is internationally acclaimed forits historically accurate re-enactment of Genesis early work. Aspart of the 40th commemorative anniversary, the band will performthe Foxtrot Show as presented by Genesis in 1973. The Musical Box,exclusively licensed by Peter Gabriel and Genesis, has become thereference in the interpretation of contemporary music. PeterGabriel saw a performance and said "The Musical Box recreated, veryaccurately, what Genesis was doing." Genesis co-founder MichaelRutherford added, "It was better than the real thing."

Carl Palmer's ELP Legacy will be performing innovative versionsof classic Emerson, Lake & Palmer hits. Palmer, named byRolling Stone magazine as one of the 10 greatest drummers of alltime, has been performing for audiences for nearly four decadeswith some of music's most memorable bands like Emerson, Lake &Palmer and Asia.

Renaissance is a band which for 44 years has been acclaimed fortheir unique blending of progressive rock with classic andsymphonic influences.

Yestival will also feature a second stage of all-dayentertainment with performances by up-and-coming progressive rockbands such as Scale The Summit and a special appearance by TheSchool Of Rock, as well as an art showing by Roger Dean, whosevisuals and album covers for many bands including Yes, Uriah Heepand Asia have played an important part in the history ofprogressive rock.

Go to www.yesworld.comfor the latest tour dates and ticket links. For tickets and specialVIP packages to Yestival go to www.ticketmaster.com. Inaddition, CID Entertainment is offering travel packages to Yestivalwith accommodations in Philadelphia and your choice of VIP ticketshere: www.cidentertainment.com/home/yestival.php