Watch: Foo Fighters Release Video for The Sky Is A Neighbourhood 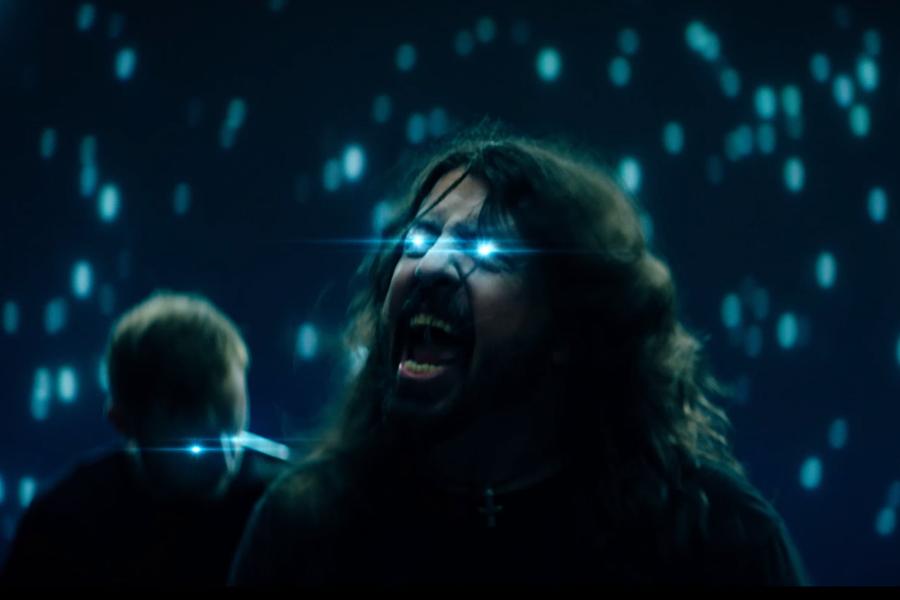 Foo Fighters have unveiled the official video for their new track, ‘The Sky Is A Neighbourhood’. The song is taken from the Foo’s upcoming album Concrete And Gold which has been described by Dave Grohl as "the biggest thing sonically that we’ve ever done."

‘The Sky Is A Neighbourhood’ marks the second release from the band’s forthcoming ninth studio album, which will land on September 15th, following the release of lead single ‘Run’ back in June.

The video features the band performing on top of a wooden cabin in which two girls played by Grohl’s daughters can be seen in a bedroom below trying to get to sleep but instead they become consumed by the lyrics of the song.

"One night I was lying out looking up at stars,” says Grohl.

“Just imagining all of these stars as places that have life on them as well, and I decided that the sky is a neighbourhood, that we need to keep our shit together in order to survive in this universe full of life. But I had no music yet. I just had the title. So everyday I would walk around, kind of humming this thing in my head."

The video for The Sky Is A Neighborhood, was directed by Dave Grohl and the track was produced by Greg Kurstin.

Check out Foo Fighters’ video for ‘The Sky Is A Neighborhood’ below.