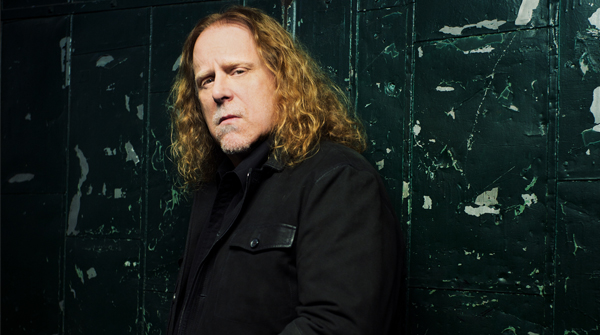 Lifetime Achievement Grammy-Award winning vocalist-songwriter and revered guitarist Warren Haynes will be coming to the UK to play the stunning St John's Smith Square in London on Saturday 21st November as part of his Ashes & Dust European tour.

A unique music venue located in central London, St John's Smiths Square is a masterpiece of English Baroque architecture, St John's has survived fire, lightning, bomb plots and the Blitz. The beauty of the building is matched by an exceptional acoustic and from its restoration as both church and concert hall in the late 1960s, so this glorious venue is the perfect setting for Warren Haynes to perform his breath-taking new solo album Ashes & Dust which was released in July on Provogue/Mascot Label Group (Joe Bonamassa, Beth Hart, Walter Trout, Robert Cray).

The show will feature Nashville based Americana band ChessBoxer backing Warren along with rock and jazz fusion drummer Jeff Sipe (The Aquarium Rescue Unit). 'Ashes & Dust', only the third that Haynes has ever released under his own name, is one of his most gorgeous, musically rich and personal albums to date, shining an entirely new light on Haynes' enduring creative spirit. Immediately and clearly different from his usual style, the album encompasses beautiful acoustic arrangements, a rootsy/Americana soundscape, folk-based songwriting and soulful, honeyed vocals. It also showcases new dimensions of Haynes as a guitarist, seeing him dive deeper into acoustic guitar and playing more slide guitar than he has played in a long time.

Long recognized as a prolific musician and a cornerstone of the American music landscape, Haynes has brought his virtuosic artistry to three of the greatest live groups in rock history '“ Allman Brothers Band, Gov't Mule and the Dead '“ leading to thousands of unforgettable performances and millions of album and track sales. Despite all of the ground that Haynes has covered on his musical journey, he makes it known on Ashes & Dust that he still has many more miles to explore. 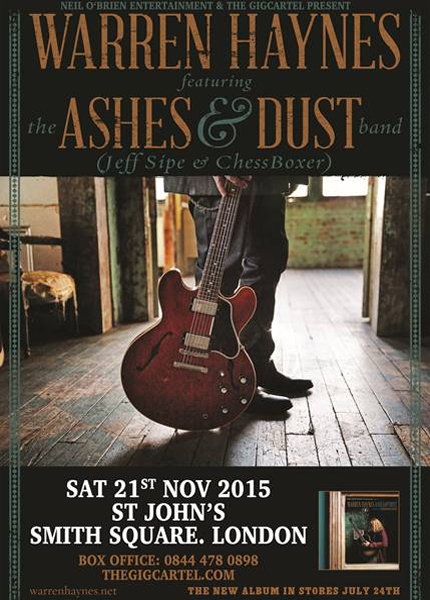