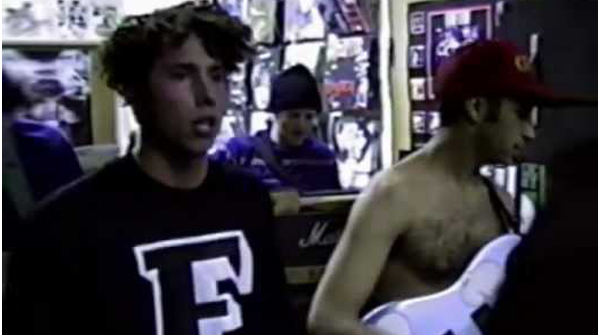 Early footage of Rage Against theMachine  shot at a live in-store performance over 20years ago has surfaced online.

The venue for this early performance was Long Beach record storeZed Records and the 40 minute clip features the rap-metal pioneersas teenagers performing what would subsequently become classic RATMtracks such as 'Bombtrack,' 'Bullet in the Head,''Killing in the Name Of' and 'Freedom.'

The videos owner, who posted the footage as Cow Prod Video, hasclaimed that he had been considering uploading the video for sometime, but was eventually motivated by a friend to take the materialfrom his two-camera, two-tape shoot and edit it together.

Watch Rage Against the Machine's Zed RecordsPerformance from 1992.