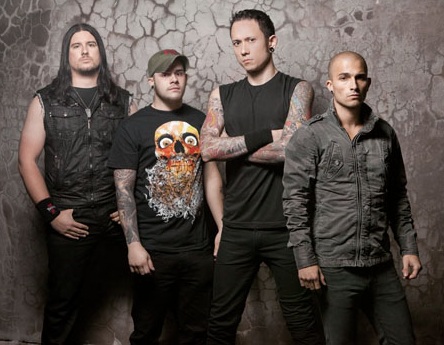 Metal genre hoppers Trivium, stopped by the studios of the KRDJ Rock 93.7 radio station in Louisiana last month to record acoustic versions of their songs "Built To Fall" and "Dying In Your Arms". You can watch the performances below.

Trivium's 2011 album 'In Waves' sold 22,000 copies in its first week of release and debuted at #13 on the Billboard 200 and at #1 on the Billboard Hard Rock charts, making it the highest charting record Trivium has released to date.