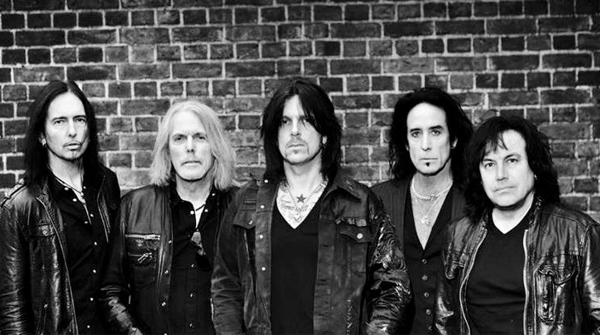 Thin Lizzy have confirmed that they are torelease music under their new name, Black StarRiders.

Guitarist Scott Gorham explained to Classic Rock theirreasons for doing so and why original drummer BrianDowney and keys-man Darren Wharton willno longer be part of the outfit.

The band had been working on new material to release under theThin Lizzy name, however after a backlash fromfans and critics they decided to retire original frontman andbassist Phil Lynott's band name.

"Thin Lizzy is a partnership between Brian Downey and myselfand the estate.

"If the estate had said, 'This is a kick-ass idea,' we wouldhave had to rethink. But because they were feeling uncomfortableabout it, that put a full stop to it."

Gorham goes on to explain how it's not the end of Lizzy and whenasked why the band's recent UK tour was billed as a farewell, theguitarist said:

"I was so against that. It just looks like you're slammingthe last nail into the coffin with that one word.

"It's like we're never going to play again - when all we'redoing is resting this whole thing for a while."

The new outfit will continue with former Megadethand White Lion drummer JimmyDeGrasso, and work without a keyboardist. The band havecomposed up to 15 songs and will begin recoding new material inJanuary.