The Return of a Legendary Guild Design at Affordable Price 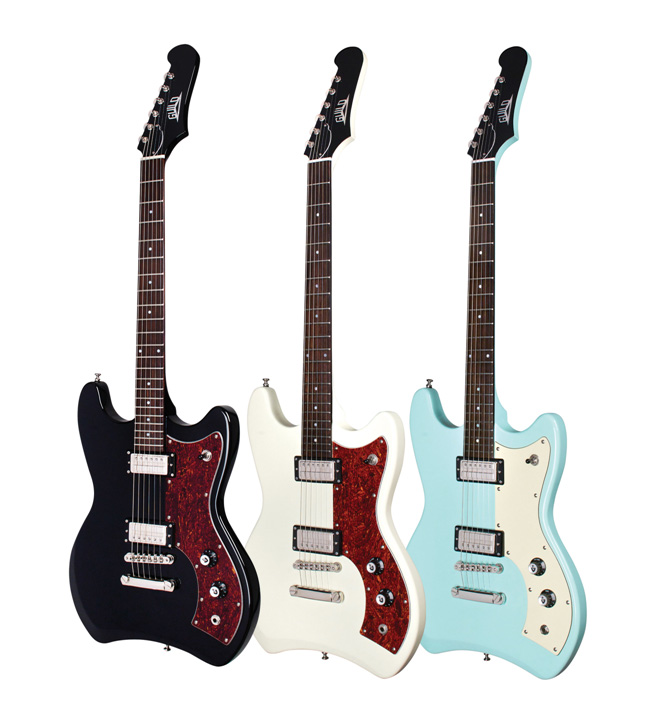 The Return of a Legendary Guild Design at Affordable Price

Santa Monica, CA – After over a year of development, the Guild Jetstar is back! Available in three exciting finishes (Black, White and Seafoam Green), the newly reintroduced Jetstar embodies the ultimate retro vibe with a unique body shape that’s been off the grid since the 1960s. In terms of style, this reissue remains faithful to the first iteration of the S-50 Jetstar with a solid mahogany body and set neck. Further period-correct details include six inline tuning machines and Guild’s rare pearloid pyramid logo on a scroll-shaped headstock. The Jetstar features a shallow C shape mahogany neck and pao ferro fingerboard with simple pearloid fret markers. Instead of its original shortened neck, this modified Jetstar has a 25 1/2” scale length for faster feel and improved response. Dual Guild LB-1 Little Bucker pickups bring a usable array of tones from sparkly clean single coil-esque spank to thick and warm humbucker sounds that fatten and sing when driven. Comes inside a Guild deluxe padded gig bag.

Established in 1953, Guild is one of the world’s historic guitar manufacturers with a long-standing reputation for building iconic musical instruments. From the New York jazz scene in the 1950s, Richie Havens’ legendary performance at Woodstock, to Seattle’s Kim Thayil of Soundgarden, Guild guitars helped create some of the greatest music in history. With a tradition built on old world craftsmanship, quality, and value, Guild guitars have always been made to be played.