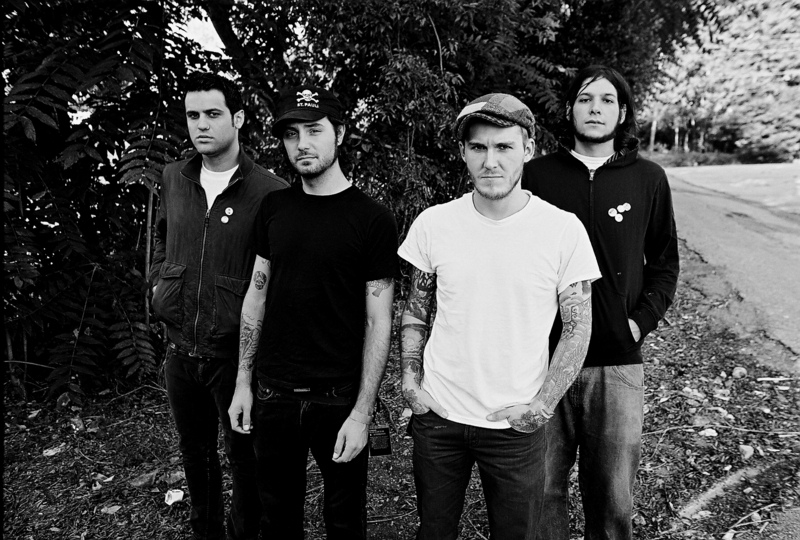 The Gaslight Anthem have unveiled the artwork and full tracklisting for new album 'Handwritten'.

Due to be released on July 23rd, 'Handwritten' could well seal The Gaslight Anthem's place in the big league. Boasting the Single of The Week accolade on BBC Radio 1 this week with world renowned DJ Zane Lowe - The Gaslight Anthem will take the stage in the US this week for two intimate sold-out gigs at the Music Hall of Williamsburg in Brooklyn on May 16th and The Roxy in West Hollywood on May 18th. The shows are the prelude to a full schedule of tour dates, festivals, and television appearances throughout the summer in support of their new record.

Set to be released this summer, The Gaslight Anthem preceded 'Handwritten' with new single '45'. Announcing plans for a show at KOKO on June 11th, tickets for the one off date sold out within 15 minutes.

Now The Gaslight Anthem have unveiled the final details for 'Handwritten', the band's first album on Mercury Records and produced by two-time Grammy Award-winner Brendan O'Brien, known for his work with Bruce Springsteen (Best Rock Album Grammy, 2002), Pearl Jam, Incubus and many others,

The full track-listing for 'Handwritten' is as follows:

The Gaslight Anthem UK & Ireland Tour Dates are as follows: