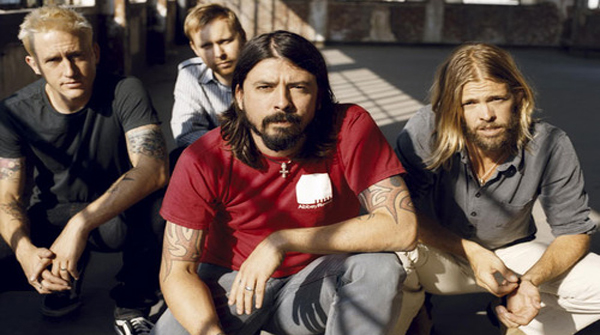 This isn't the first time Grohl has alluded to a possible hiatusperiod for the Foos and in August he had UK fans scratching theirheads at the 2012 Reading & Leeds Festivals after announcing"last show for a long time", as the band headlined thefinal night of the festival.

However, his revelation this past weekend undoubtedly cements thefact that the band will be taking an indefinite time out.

Prior to the group performing 'Learn To Fly,' which wasonly the band's fourth song of their set, Grohl said, "Withoutmaking a big deal out of it, we don't have any shows after this.This is it, man. Honestly I don't know when we're gonna do itagain…and this is the perfect place to do it." After thenripping into fan favourites such as 'My Hero', 'TimesLike These', 'All My Life', 'Best of You'and 'Everlong', Grohl told the audience, "I don't knowwhen, but we'll see you again."

Anyone lucky enough to gain entry to the free event in NY werealso privileged to witness Grohl and DanAuerbach of The Black Keys joinedfellow headliners Neil Young & CrazyHorse for an extended version of 'Rockin' In The FreeWorld.'