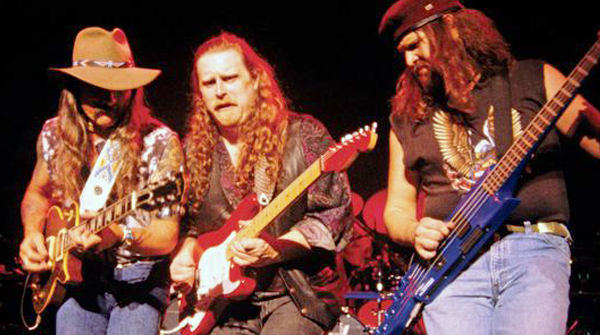 The Allman Brothers' final run of live shows has been revealed by the legendary roots rock outfit.

After 44 years, a slew of classic albums, countless world tours and various members, the outfit which still features founders Gregg Allman, Butch Trucks and Jai Johanny 'Jaimoe' Johanson will perform their final ever string of shows from October 21-28th at the Beacon Theater in New York City.

This year already has been somewhat of an anxious one for ABB fans. At the beginning of the year Dereck Trucks and Warren Haynes revealed they'll be leaving the band at the end of the 2014. This led to Gregg announcing that the whole outfit would be calling it a day, at least as a touring outfit, before backtracking during an interview in May in which he said they were "replacing Derek Trucks" with a new guitarist.

The Allman Brothers Band see out their career having performed at the Beacon a total of 232 times, which will make their final run of lives shows at the legendary venue even more poignant.