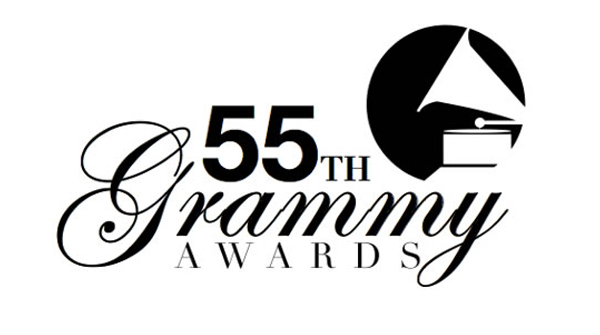 Garage rockers The Black Keys took accoladesfor 'Best Rock Performance' and 'Best Rock Song'for 'Lonely Boy,' which the pair alsoperformed live at the Staples Center, as well as picking up'Best Rock Album' for 'El Camino.' Inaddition frontman Dan Auerbach also won'Producer of the Year.' The Ohio two piece were alsonominated for 'Record of the Year' and 'Album of theYear.'

Mumford & Sons, who had received sixnominations prior to the ceremony, took home 'Album of theYear' for 2012's 'Babel.'

On winning the award Marcus Mumfordsaid:

"We figured we weren't going to win anything because The BlackKeys have been sweeping up all day, rightfully so.''

Fun. were awarded with 'Best NewArtist,' beating Alabama Shakes,Hunter Hayes, The Lumineers andFrank Ocean, as well as 'Song of theYear' for 'We Are Young,' featuringJanelle Monae.

There were many surprises at last night's awards but probably nonemore so than Halestorm who toppled a slew ofbattle-hardened 'Rock & Metal' acts to earn 'BestHard Rock / Metal Performance' for their track'Love Bites (So Do I).'

"It's an incredible genre to be a part of because rock isn'talways the most popular genre. Sometimes we're underground, but weall work really hard on the road. We all look out for oneanother."

Also among the winners was Nine Inch Nailskingpin Trent Reznor, who shared theaward for 'Best Score Soundtrack' with AtticusRoss.

Album of the Year

Alabama Shakes, 'Hold On'
The Black Keys, 'Lonely Boy' - Winner
Coldplay, 'Charlie Brown'
Mumford & Sons, 'I Will Wait'
Bruce Springsteen, 'We Take Care of Our Own'

Jack White, 'Freedom at 21′
Mumford & Sons, 'I Will Wait'
The Black Keys, 'Lonely Boy' - Winner
Muse, 'Madness'
Bruce Springsteen, 'We Take Care of Our Own'

Producer of the Year