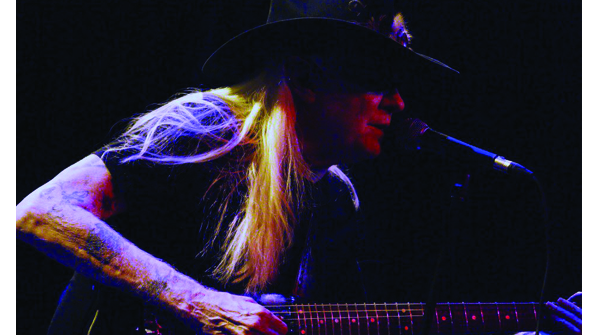 A renowned musician, Winter is hailed as one of the greatest of all time after rising to prominence in the 1970's due to a succession of high-energy blues-rock albums, consistent brilliant live performances and for his collaborations with mentor and fellow Blues titan, Muddy Waters.

Winter passed away in Zurich earlier this week, just days after playing at the Lovely Days Festival in Austria.

He recently stated he just wanted to be remembered as "a good blues musician".

Instantly recognisable by his long white hair due to being born with albinism, the Texan born Blues virtuoso always knew he wanted to be a musician, picking up the guitar after first learning both the clarinet and the ukulele.

In the late 1960's, Winter scored one of his biggest gigs to date, opening for Mike Bloomfield at the Fillmore East which subsequently saw him singled out by Rolling Stone magazine as one of, if not the best blues player on the Texan circuit.

In a career which spanned over 50 years Winter worked with some of the greatest bluesmen, producing and appearing on various albums for Muddy Waters - with whom he won a number of Grammys.

A statement from his wife, family and bandmates said they were all saddened by the loss of one of the world's finest guitarists.

Winter was due to release a brand new album entitled Step Back on 2 September.