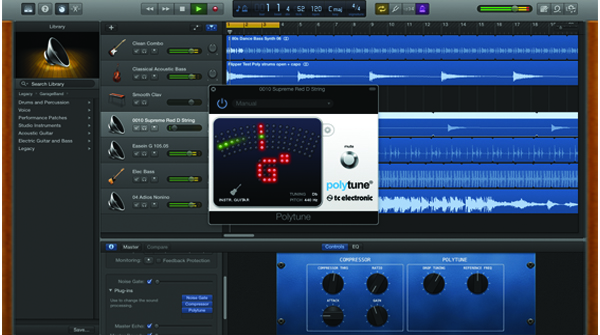 PolyTune plug-in takes some of the best features from TC Electronic's game-changing PolyTune pedals and flawlessly transfers them to the digital recording realm. The innovative polyphonic tuning mode that gives you an instant readout of all six strings and the super fast chromatic tuner are both there, but now they're finally available in one cool plug-in compatible with the majority of music recording programs out there. On top of that, PolyTune plug-in also sports up to 5 semi-tones of flat tunings and the option of changing the pitch reference to satisfy even the most demanding tuning needs.

There's no doubt that with its massive feature set and intuitive interface, PolyTune plug-in will be the perfect fit for everyone from the seasoned pro producer to the casual bedroom musician. In essence, PolyTune plug-in is currently the best tune-up modern musicians can give their PC's and MAC's.