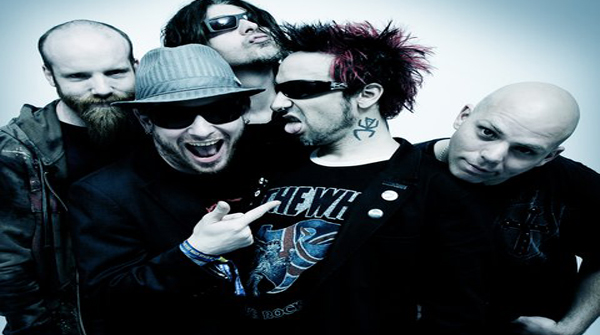 The tour follows the release of Part One of their expansive newalbum project, 'House of Gold &Bones.' The ambitious new concept record is atwo-disc album which hits stores on October 22nd with Part Twoarriving next spring. Further details of the release are availableat www.houseofgoldandbones.com,where you can also hear the album's lead tracks, 'GoneSovereign' and 'Absolute Zero'.

"It's gonna be awesome to bring the House of Gold and Bones tofans live. We've given people a taste of Part One, and now we'regonna bring them the best Stone Sour show they've ever seen! Itbegins soon. Get ready!"

The last time Stone Sour hit the UK was insupport of their hugely successful 'AudioSecrecy' LP. The album saw the band hit 'Gold Album'status in the UK and earned them headline slots at DownloadFestival along with a sell-out UK tour.

Special guests at the London show are multi-platinum PapaRoach, who release their new album, 'TheConnection' on 1st October.