As the Genesis Revisited live experience is about tobe unleashed in the UK, Steve Hackett announces the release ofSelection on 13thMay; the singleCD album will feature a collection of songs taken fromGenesisRevisited II and include a newly recorded version ofCarpetCrawlers, a pre-tour treat from the legendary guitarist with RayWilson on vocal duties.  Carpet Crawlers will also beavailable as a single track for digital download. 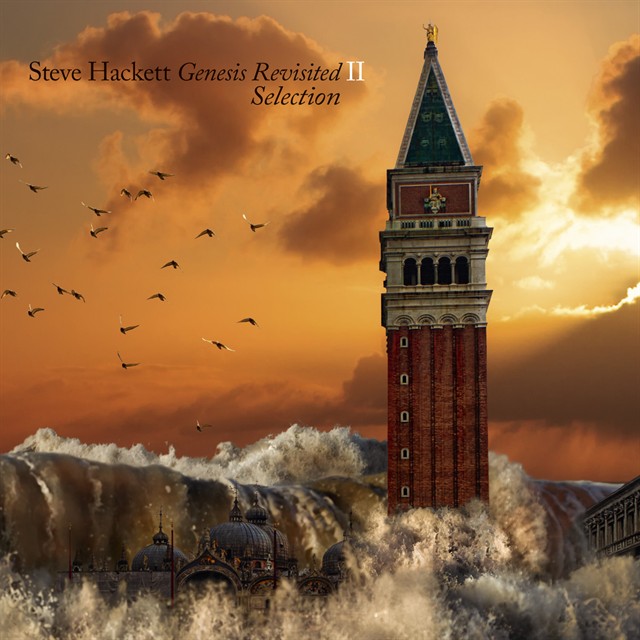 "This single CD album features some of my favouriteshorter songs and highlights from Genesis Revisited II'- saysHackett enthusiastically -"along with additional track 'CarpetCrawlers' sung by Ray Wilson, who joined Genesis as singer onCalling All Stations. He does a great job here filling Gabriel'sshoes, but with his own special style. It's great to be flying theflag once more for the early Genesis sound on the eve of the WorldTour..."

4.  Dancing with the Moonlit Knight

6.  Shadow of the Hierophant

9.  Blood on the Rooftops

Since its release in October 2012,whenitentered theUK album chart at number 24,Genesis Revisited IIhas collected ravereviews:works wonderfully (Classic Rock),It's faithful,full-blooded(Mail on Sunday),a wonderful listen(Music News) areonly a few of the expressions used by critics to describe thisoutstanding tribute to the unforgettable prog pioneers. The albumcelebrates the Genesis period between 1971 and 1977 - known as theband's 'Golden Era' - and follows the first instalment released byHackett in 1996.

TheGenesis Revisited Tourwill be Hackett's biggestproduction to date, incorporating classics from both GenesisRevisited albums in a unique show not to be missed. Steve Hackettis the first member of Genesis to revisit this phase of the band'shistory and fans have welcomed the opportunity to take a trip downmemory lane, with many dates already sold out. Selectionoffers fans a handpicked anthology in preparationfor the shows and, later, to relish the memory of one of theirfinest live music experiences.

All venues are seated. Showtime will be7.30pm. 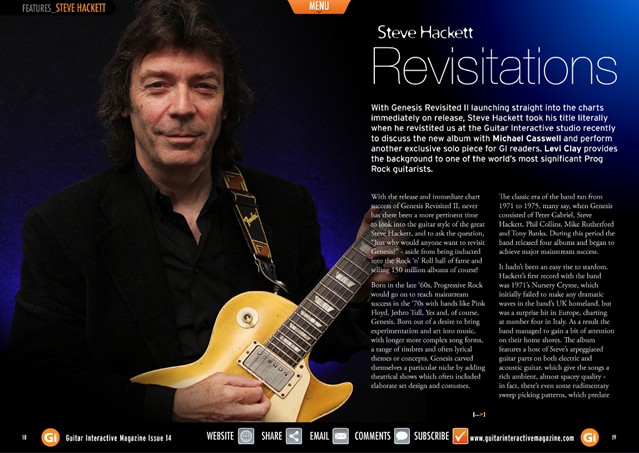