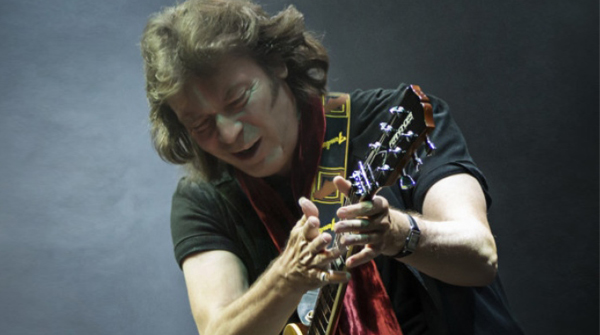 Prog pioneer Steve Hackett has announced the DVD release of his critically acclaimed live spectacular Genesis Revisited, filmed at the sold out show at London’s legendary Royal Albert Hall in October 2013. The DVD of this landmark performance will hit the stores on 30th June 2014.

Genesis Revisited: Live at the Royal Albert Hall - the next best thing after being there – was recorded in 5.1 Surround Sound and will be available in the following formats:

An ecstatic Steve Hackett comments: “I'm excited the Steve Hackett Genesis Revisited show at the extraordinary Royal Albert Hall is being released on both DVD and Blu-Ray in 5.1. It was a thrilling musical experience for all concerned with a fantastic light / visual show!  Paul Green and team filmed it brilliantly too. It's a feast for eyes, ears and all the senses...”