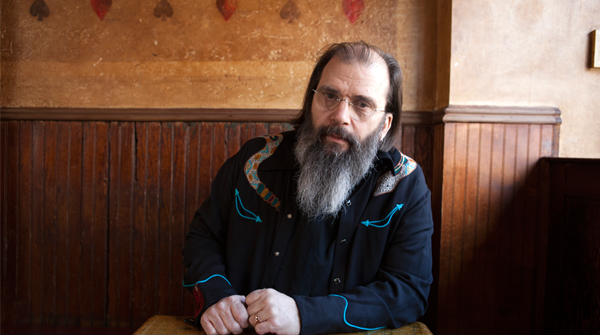 Steve Earle is one of the hardest working guitarists of his generation. And with that in mind, it should come as no surprise that the hard-core troubadour has announced a new album, his ninth since 2000.

Entitled 'Terraplane', the album is expected to land in February 2014 and features Steve's long term musical cohorts, the Dukes.

In a recent chat with Rolling Stone, Steve said of the new record:

"Most of this was written on the road. I went through a divorce and I needed the money, so I've been touring a lot, just working constantly and writing whenever I can. Everything that happens to me will find its way into my lyrics, which can be an advantage as a writer and a disadvantage as a person. I don't wanna hurt anybody's feelings. I'm not trying to be mean. But I'm not gonna not write about what's happening, so there's a lot of sad stuff here. It was a good time to make a blues record."

Steve and his alt-country rock supergroup have been working on the new record almost around the clock pouring out several recordings a day, sometimes learning parts in an hour or so before live tracking.

"This is the best band I've ever had," Earle insists, "and that's part of the reason for me wanting to make a blues record. Chris Masterson cut his teeth on this stuff in Texas. He started out playing blues guitar, almost exclusively. He's really good at it."

To mark the announcement, Steve has shared bluesy shuffle "You're the Best Lover that I Ever Had" via Soundcloud.

Steve Earle and the Dukes' 'Terraplane' will be released 17th February 2015 via New West Records.