Squeeze Announce a Triplet of UK Shows in September 2016 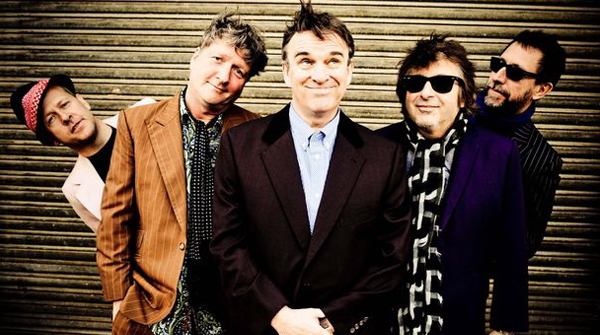 (PRESS RELEASE): Following a run of festival dates over the summer, Squeeze will head indoors for 3 headline shows.

Squeeze have long been a captivating live act. As well as a vast catalogue including hits such as Cool For Cats, Up The Junction and Tempted, the shows will also include songs from their latest album Cradle To The Grave, their first collection of new tracks since 1998. Cradle To The Grave marked the complete and, frankly, triumphant reintegration of the masterful songwriting axis of Chris Difford and Glenn Tilbrook, in a beautifully-observed series of fond vignettes about childhood, growing up and the absurdities of the ride through life we’re all on.

The group first formed in 1973, shortly after Chris Difford and Glenn Tilbrook had begun their songwriting partnership, brought together by an ad in a sweetshop window. By 1977 they had made their recording debut and enjoyed a string of hits which lasted until 1982, the maturity of their songs outliving their initial burst of chart activity on the back of New Wave. Over the years there have been solo careers and occasional separations, but the Ivor Novello Award-winning songwriting duo Chris and Glenn reunited nine years ago to relaunch Squeeze and have been touring, writing and recording together since.

Squeeze recently hit the headlines around the world when appearing on the BBC’s current affairs show ‘The Andrew Marr Show’ alongside fellow guest Prime Minister David Cameron.  On the spur of the moment Glenn Tilbrook decided to protest about government policy and deliberately changed the final couplet of the band’s song ‘Cradle To The Grave’.

UK festival dates this summer include: