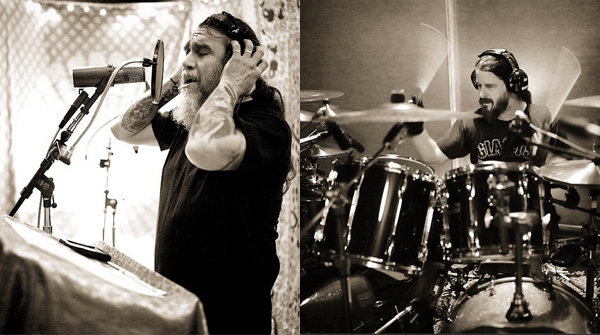 Slayer returned to the studio over Labor Day weekend in order to start laying down tracks for their new album.

The band took full advantage of their Twitter and Instagram feeds to post several shots from inside the studio giving fans an exclusive sneak peak at how the recording process is going.

Shots included frontman and bassist Tom Araya on vocal duties, essentials such as guitar plectrums plus tequila and a hamper of sweets and chocolate. There's also a rather cryptic shot featuring producer Terry Date.

The forthcoming album will be a poignant return for the metal elders as it marks the first since the death of founding guitarist, Jeff Hanneman. It's also the first project since Dave Lombardo was dismissed from the band following a contract dispute. Former Exodus guitarist Gary Holt and drummer Paul Bostaph now make up the line-up alongside Araya and Kerry King.