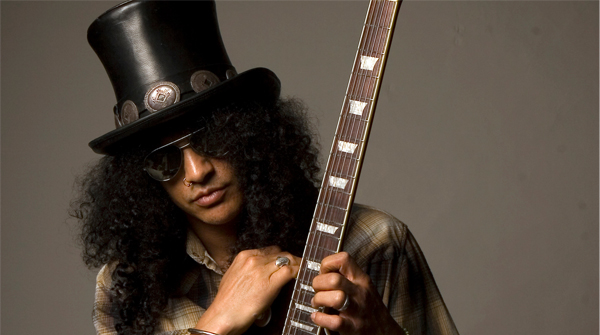 Slash remains open about the possibility of a Guns N' Roses reunion, claiming the fans would "love it".

On Thursday morning the guitarist told CBS This Morning (via Hennemusic):

"It's been one of those things that's been talked about by everybody but us for over the last 18, 19 years. I've got to be careful what I say there. I mean, if everybody wanted to do it and do it for the right reasons. I think the fans would love it. I think it might be fun at some point to try and do that."

When quizzed on those "right reasons", Slash said: "I mean, that's a hard one. That just starts to get into a whole complex thing...It's really between the guys in the band."

During interview Slash debuted the video for his track "Beneath The Savage Sun" which has been taken from his latest album "World On Fire".

The track was penned to highlight the continued plight of elephants in the wild. The video was created with the IFAW (International Fund For Animal Welfare).

Slash - Beneath The Savage Sun