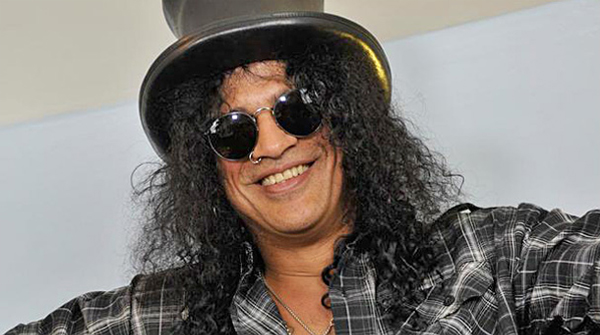 Slash had recently stated that he has "tonsof cool ideas" with regards to the follow up to the awesome'Apocalyptic Love' which was released in 2012.

However, now the former GnR &Velvet Revolver guitar slayer has confirmed via aTweet that the demo process for his second studio effort with TheConspirators is now well and truly underway.

"Started the demo process for the next S/M & theConspirators record last night; lots of material to work up. It'sgoing 2 be good. iiii]; )"

In addition to working towards a new album,Slash has also spent time working on the score forthe horror flick, 'Nothing to Fear,' which will bereleased through his very own Slasher Films production company.