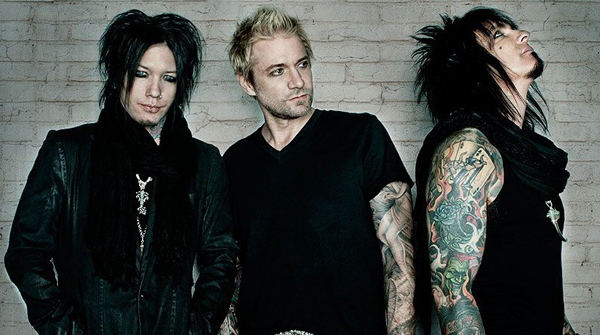 Mötley Crüe's farewell tour, dubbed “The Final Tour: All Bad Things Must Come to an End,” rolled into Denver's the Pepsi Center on Saturday night to perform what has been described as one of their most "memorable shows to date".

As the hard-rocking foursome look to finally call time on a career which has spanned two decades, it's likely Nikki Sixx will continue as part of SIXX:A.M., with their long-awaited third album 'Modern Vintage' available on October 6, 2014 via Eleven Seven Music.

On the record, Sixx said:

"Like our favourite bands from the 1970s, Sixx:A.M. is rooted in songwriting, musicianship and lyrics - three core elements that helped to define that era.  Sixx:A.M. has taken even more pages from this book on "Gotta Get It Right" and the rest of Modern Vintage, having hopefully created a record that demands to be discovered again and again."

"On the first two albums, Sixx:AM established a musical freedom that few bands get to enjoy. “Gotta Get It Right” is clearly a birth child of that creative freedom and an exciting next step for us as our goal was to create something which confounds both expectation and categorization”. Adds guitarist DJ Ashba: “Gotta Get it Right" is a great example of how Sixx:AM has set out to celebrate the music that has influenced us over the years and we truly feel we’ve made a genre defying album with Modern Vintage ”

Watch the band discuss the new album in the first of several upcoming behind-the-scenes webisodes at www.sixxammusic.com now. The video for “Gotta Get It Right” - directed by Paul Brown - will premiere on August 6th 2014.