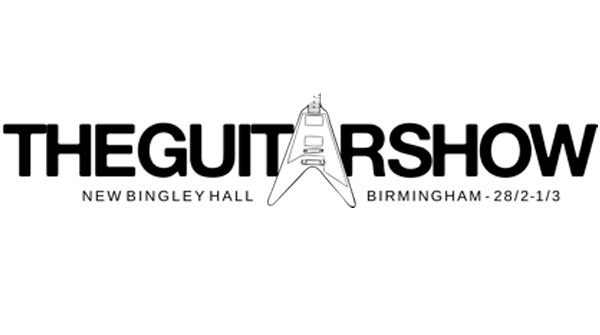 Blues-rock guitar star Simon McBride has been confirmed as the latest artist to appear at The Guitar Show (28 February – 2 March at New Bingley Hall, Birmingham) – alongside Guns n’Roses’ Bumblefoot/

McBride – who will be appearing in conjunction with Zoom and using various One Control pedal products – will take to the show’s Live Stage on both Saturday 28 Feb and Sunday 1 March, just prior to a European tour with classic rock keyboard legend Don Airey.

Also recently confirmed, Graham ‘Pin’ Pinney (SikTh, Aliases) and Chris Jones (Voodoo Six) will be appearing courtesy of Diezel Amplification – Pin will be on the stand on Saturday, Chris the following day.

In addition, Manson Guitars will be showing the new Cort MBC-1 Matt Bellamy signature guitar for the first time in the UK. Designed by Hugh Manson in conjunction with the Muse frontman (a long-standing Manson patron), the affordable model has garnered attention from around the world since its announcement at the end of 2014.

The involvement of retail partners Fairdeal Music and PMT means exclusive deals available to visitors throughout The Guitar Show too.

Tickets for The Guitar Show are priced at £12.50 in advance (£15 on the door) and are available from www.theguitarshow.co.uk, along with updated information on exhibitors and live stage performances.