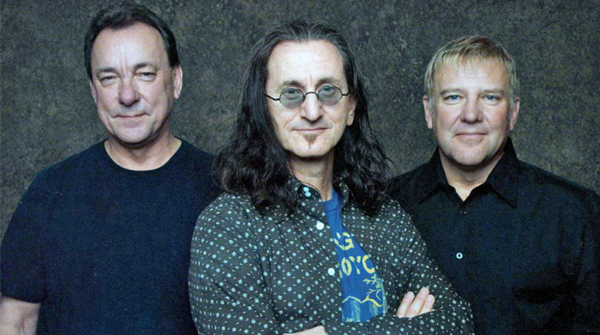 After a 40 year plus career spanning 20 albums and countlessworld tours performing as a trio, Rush haveenlisted the talents of a string section for their'Clockwork Angels' world tour.

During a recent interview with Eddie Trunk frontman andbassist Geddy Lee revealed that the move wasinspired by the group's inclusion of strings on a number of trackson their latest album:

"We had orchestration on four or five of the songs, and wethought it would be a little more authentic bringing real stringsas opposed to using our technology."

"We rehearsed with the technology and we could have done itwithout the live thing."

"But we'd always talked about doing it, and it was like,'Let's stop talking and just do it.' It expanded from those four orfive songs to all the songs in the 'Clockwork Angels' part of theset, plus it bled over into some older songs we'd always wanted todo with strings."

Next month the Canadian prog-rock legends will be inducted intothe Rock and Roll Hall ofFame in a Los Angeles ceremony on 18th April.