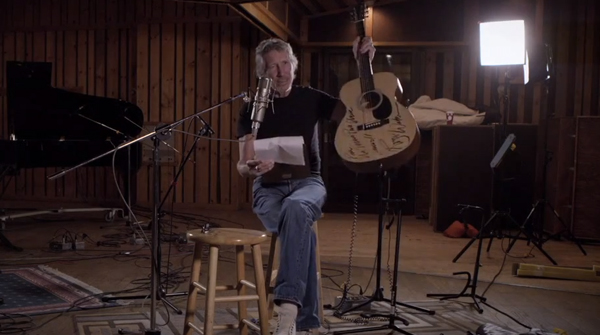 Pink Floyd's Roger Waters hasdonated a signed acoustic guitar to TECHO-Chile, a South Americanbased charity which raises money for the country's most povertystricken.

The Martin guitar, which is from Waters personal collection, wasalso used to record a unique version of Floyd track 'Wish YouWere Here.'

Radio Futuro DJ Hernan Rojas, who has worked as a studioengineer with Fleetwood Mac, FrankZappa, The Band and many others and isfronting the campaign, says:

"The fact that Roger has donated his Martin and recorded aunique version of Wish You Were Here is just huge - and shows hisbig heart. Those 120 families have been living with no runningwater, sewer, electricity or basic infrastructure. They live inisolation through freezing temperatures in winter with no heatingin their clapboard makeshift homes.

"The objective is to raise money that will help 120 familiesin extreme poverty in a slum on the outskirts of Santiago. Enterthe auction through www.futuro.cl until Wednesday at11am. The five biggest bids will access the final bidding at a liveevent that night. If any offers were made by foreign bidders, theywill be connected in real time to make more offers during the finalauction."

The signed acoustic Martin guitar will be auctioned on 21stNovember.