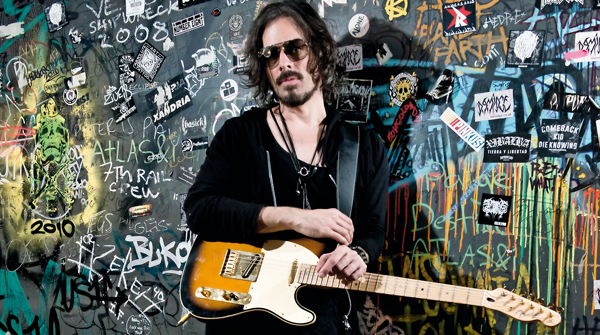 (PRESS RELEASE): For fans of guitarist/singer/songwriter Richie Kotzen, their wish for a professionally-filmed look at his intricate guitar and genre-spanning song stylings has finally come true in the form of his new DVD, Richie Kotzen Live, which was released October 13 via his Headroom-Inc label.

Kotzen and his band ended their 2014-2015 tour in Tokyo, Japan at Akasaka Blitz, where they shot the entire concert in high-definition.  This is Richie Kotzen and his band'”bassist Dylan Wilson and drummer Mike Bennett--at their best.   It features some of his classics, 'You Can't Save Me,'