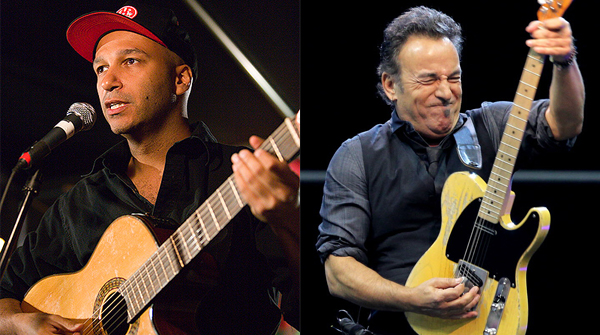 Following the Australian shows, which run from March 14th throughuntil the 31st, Van Zandt will then return to the tour on April29th in Oslo, Norway.

Morello is also set to perform at the 2013 MusiCares benefit galahonouring Springsteen.

The Boss is set to play a number of UK and Ireland dates over thesummer in support of 'Wrecking Ball.' The showswill take place at London's Wembley Stadium on June 15 2013,Glasgow Hampden Park on June 18 and Coventry Ricoh Arena on June20.

Springsteen will then visit mainland Europe before heading to toIreland to play Limerick Thomond Park on July 16, Cork Páirc UíChaoimh on July 18 and Belfast King's Hall on July 20.