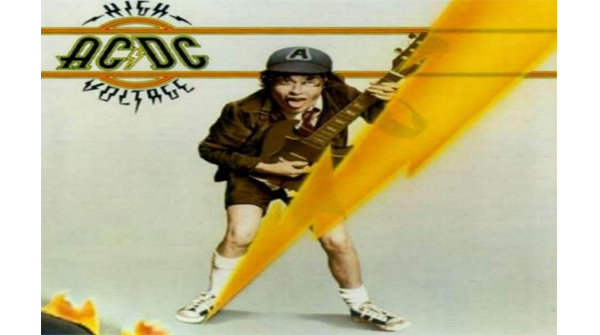 The tour book was issued in 1976 whist the band were on their 'AGiant Dose of Rock & Roll' tour and the numbers were limitedthen.  It was created solely for the band's 'down under' gigswhich consisted of only 20 shows.

The infamous tour was shrouded in controversy after the band'soriginal bassist, Mark Evans was quoted making crude remarks aboutRod Stewart's then wife, Brit Eklund. Along with Angus Young'sstrip/moon routine and the all out rowdiness of the band and theircrew, Australian authorities deemed AC/DC to be a 'threat to thesocial morals of Australia's youth' and pulled the tour.

The seller of the programme is an avid AC/DC fan & memorabiliacollector who claims he has never seen one on eBay.