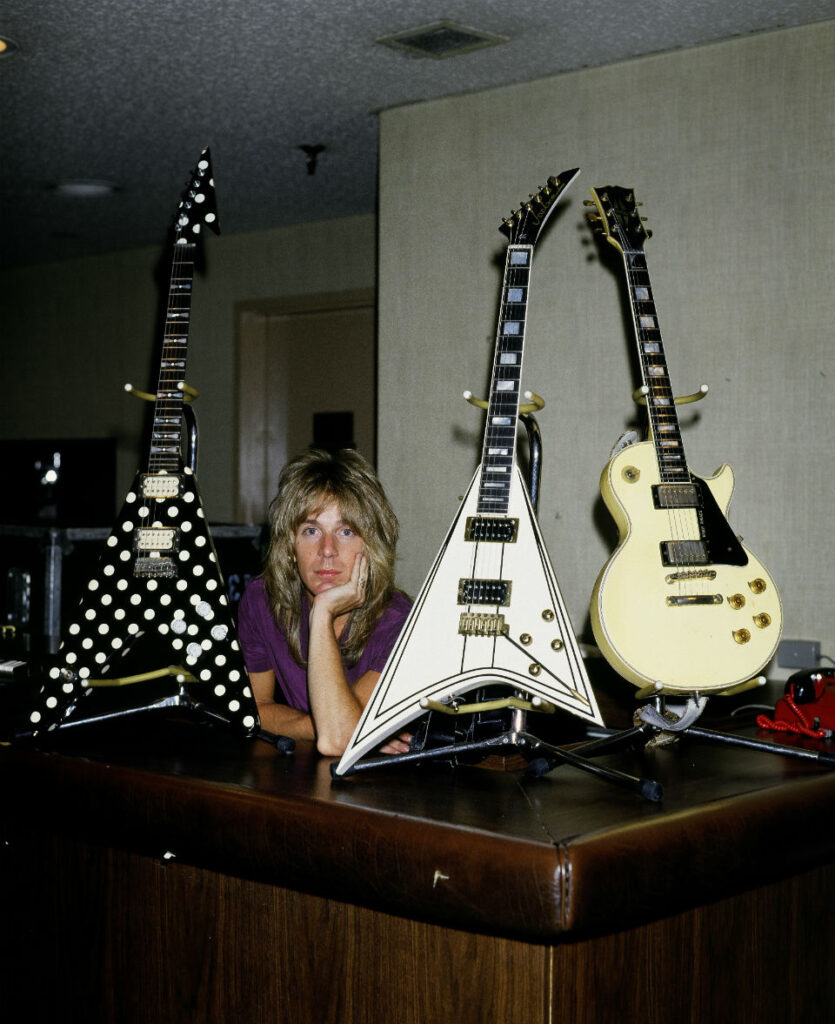 This year saw the 30th anniversary of the passing of legendaryvirtuoso Randy Rhoads. The annual memorial event for the guitaristwas held on March 19th and took place at the Mountain ViewCemetery in San Bernardino, California.

Before his tragic death at the age of 25, Randy Rhoads was on afast track to being hailed by critics and public alike as thegreatest rock guitar player of all time. Over a short two-yearperiod, Randy recorded two seminal multi-platinum albums with OzzyOsbourne, which are heralded today as among the most noteworthyrecordings in hard rock music history. Through his jaw-droppingsix-string work on songs such as "Crazy Train", "Mr. Crowley" and"Flying High Again", Randy Rhoads achieved legendary status as aguitar icon and his artistic legacy continues to grow with eachpassing year.

A brilliant guitar virtuoso, Randy's masterful ability ofbridging rock and classical techniques helped him forge agroundbreaking style of guitar playing. In 1981, Guitar Playermagazine honored Randy by selecting him as best new talent of theyear. Humble and self-effacing, Randy refused to rest on hislaurels. Instead, being bestowed with this prestigious awardmotivated him to strive for greater creative heights. Tragically,Randy's life ended much too soon when on the morning of March 19,1982 he was killed in a small private plane that careened into thegarage of a plantation home in Leesburg, Florida.

Randy Rhoads' ascendancy to super-stardom was inevitable.Tirelessly honing his craft, he was a devoted student of hisinstrument, endlessly practicing and perfecting his skills. Hisdays were spent as a guitar teacher and by night he solidified hisrising reputation as the "next big thing" on the Hollywood clubscene. His big break arrived when he assumed the lead guitar slotin Ozzy Osbourne's solo band. Soon the entire music world would bedazzled by his spectacular flights of fiery fretboard sizzle,swiftly recognizing the merits of this burgeoning guitargenius.

No one-trick pony, Randy was well versed in a multitude ofmusical genres seamlessly cross-navigating rock, blues andclassical. In fact, his immense love of classical music continuedto be a driving force in his life. Until his untimely death, hecontinued to take classical guitar lessons in an effort to breaknew ground as a player.