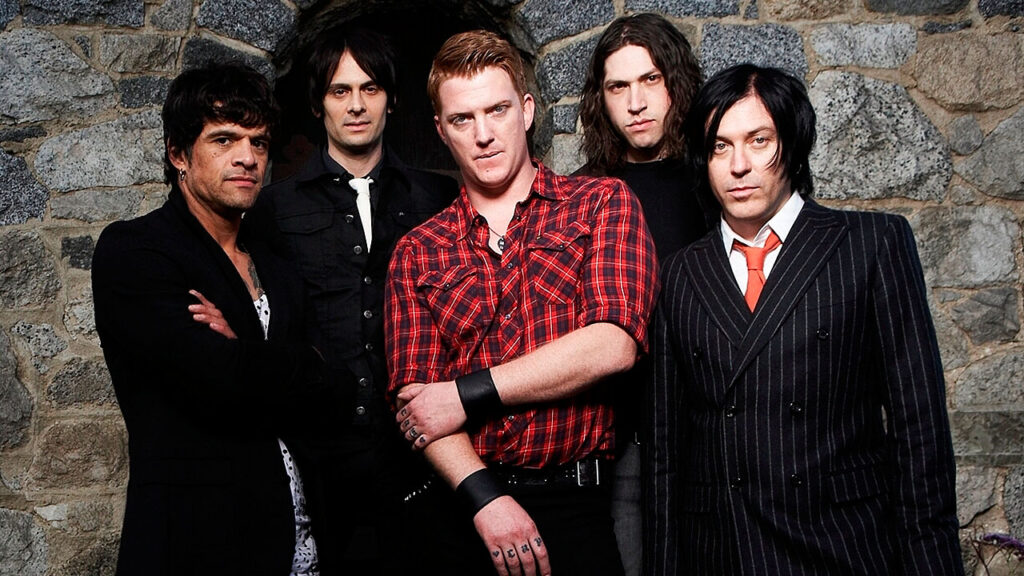 Speculation on the title and release date of the new QOTSA album is increasing after drummer Joey Castillo's recent interview with German publication Drumheads.

When asked what direction the band would be heading in for their forthcoming release, Castillo replied saying that he wasn't allowed to answer that but "the ultraviolet robot will blow your minds". The rumour mill is now in full swing with fans on messageboards and forums suggesting that "Ultraviolet Robot" will be the title of the follow-up to 2007's 'Era Vulgaris'.

Frontman Josh Homme had previously stated that the new album wouldn't compromise on anything. "We're at a weird moment where we really don't feel like we have anything to prove," he said in May. "We just want to play to the people that are into us and we want to play right at them."

It appears that announcements of a release date and the official title of the album may not be far away, although delays in the recording due to the legal wrangle with Homme's former bandmates in Kyuss Lives! are said to be holding back any official news.

Meanwhile, Josh's duet with Florence + The Machine on their recent MTV Music Unplugged Session has emerged online. You can listen to the 'Jackson collaboration below. The performance will premier on Sat 21st April at 9pm.