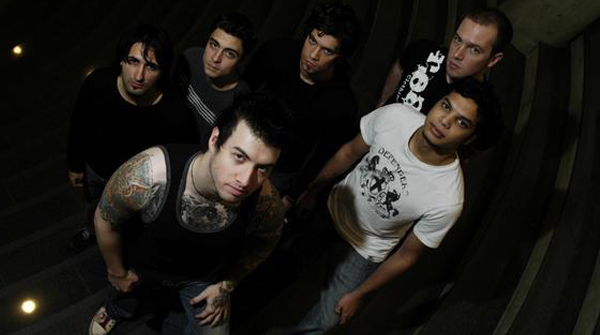 “Given the nature and complexity of the Juggernaut story, we’ve actually done something different and exciting in regards to the release,” explains drummer Matt Halpern.  “Juggernaut is a story that is told through our music, and we want our audience to fully digest the whole experience. Because Juggernaut is very detailed and dense in terms of character development, peaks and valleys, climaxes and resolutions we’ve divided the story and music in two, in the form of two separate albums.”

“Juggernaut: Alpha, the first part of the story, focuses on the back story and character development, while part two/album two, Juggernaut: Omega, focuses on some pretty serious and gut-wrenching events, taking you for a thrill ride along the main character’s complex journey.  Although the albums are split in two physically, the story is only complete when the albums are digested consecutively, allowing the listener to recognize and hear the lyrical and musical overlapping themes, foreshadowing, and connected ideas.”

“This is new ground and it’s exciting,” band founder and guitarist Misha Mansoor says of the band’s approach to writing and recording Juggernaut, which saw all six members work collectively for the first time in Periphery’s history. “It’s a way to shake things up. Everyone contributed to everything, even if it wasn’t his instrument. It wasn’t about confrontation. Everyone was focused on creating a really cool album."

Formed in 2005 by guitarist and tech-guru Misha Mansoor, Periphery released their self-titled, debut album in the spring of 2010.  In the few years since the band’s introduction, the members of Periphery (vocalist Spencer Sotelo, Mansoor, guitarists Jake Bowen and Mark Holcomb, bassist Adam Getwood and drummer Matt Halpern) have been heralded as some of heavy music’s best and brightest new players and innovators.

The band’s 2012 release, Periphery II: This Time It’s Personal established “their own sonic territory” with their sophomore album, emphasizing “melody and texture over heaviness, resulting in a more mature and accessible sound (Revolver).”