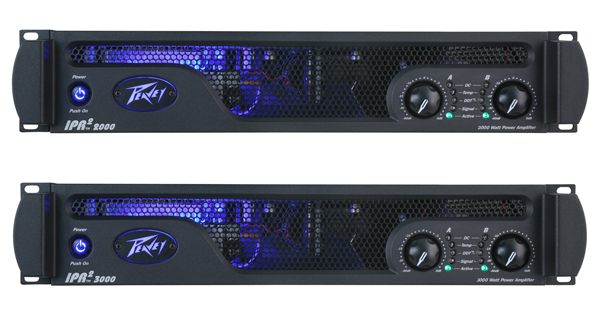 (PRESS RELEASE): Peavey Electronics has announced the IPR2 2000 and the IPR2 3000 from the revolutionary IPR Series will now be available throughout Europe.

Shaking up the pro audio industry with innovative power amplifier designs has become our stock in trade. More than 30 years ago, we were the first to break the dollar-per-watt barrier. Not long after that, we became the first manufacturer to mass-produce a class-D amplifier for use in live audio applications. We debuted our first switchmode power supply over a decade ago. Then in 2009 we launched the IPR™ series and one again Peavey revolutionized the power amp industry. Now introducing the refinement of that amazing technology with improved performance and reliability, the Peavey IPR™2 Series.

Boasting a net weight of just over 7 lbs. on the lightest model, the ground breaking IPR2 Series utilizes an advanced design that allows our engineers to dramatically reduce weight while increasing output power, reliability and thermal efficiency. IPR2 Series amplifiers are designed with a resonant switch-mode power supply and a high-speed class-D topology that yields the highest audio resolution and efficiency available. And all at a cost that shatters the old-guard paradigm of power-amp valuation. This isn't about "dollars per watt." This is pennies per watt.